Australia the land of opportunity
Stories

It’s almost the definition of swimming against the tide. Ziva Prunk is only 35 years old yet she has held a trainer’s licence for 14 years.

She hails from one country – Slovenia – which has no tradition of horseracing and has so few active current thoroughbreds that it is not even a member of the European & Mediterranean Horseracing Federation.

In addition, she has chosen to train in another country – Austria – which, despite a rich racing history dating back more than two centuries and being home to a purpose-built modern racecourse, at present stages a princely total of one annual day of Flat racing!

Against this background, Prunk has battled through numerous setbacks to train a dozen-strong string with a degree of success.

Her principal owner is Phil Clarke, an Aussie racing nut best known as part of the syndicate that raced the 2017 Irish 1,000 Guineas winner Jet Setting, and whose tech company is based in Graz in Austria.

Of late her standard bearer has been the sprinter Pretorian, a British-bred Sakhee’s Secret gelding who ventured to Berlin in late July to get within half a length of Artistica, herself a Nottingham Listed race winner 14 months earlier, in the Listed Sparkassen Sprint Cup, the pair pulling over three lengths clear of the field.

Bred by Richard Withers’ Southill Stud in Cullompton, Devon, Pretorian was purchased as a yearling by Prunk at Tattersalls in Newmarket for 6,500 guineas.

Having been brought along steadily, he hit top form when reeling off a hat-trick towards the end of his four-year-old season, including the Overdose Stakes in Budapest (which, fittingly, was sponsored by Tattersalls) and the Czech Republic’s richest all-aged Flat race, the European Jockeys Cup Million, in Prague.

His 2017 campaign was less successful, owing to a virus that laid low many of the Prunk string, but this year started with two fine efforts in Italy, when fourth in a Milan Listed contest and then runner-up in the Group 3 Premio Tudini in Rome.

His preparation for that Berlin raid was hardly ideal. Prunk was at the wheel for 15 hours to get Pretorian to Paris to take part in Group 3 Prix de Ris-Orangis ten days earlier, only to find on arrival at Maisons-Laffitte that the horse’s entry had mysteriously been cancelled by the France Galop computer, meaning that her long journey had been utterly futile.

Sadly, an even more expensive misfortune has befallen Prunk concerning another British import, the Pastoral Pursuits gelding Puramente, who has raced three times in Hungary, winning once and earning place prize-money on the other two occasions, since joining her over the winter.

Runner-up off a handicap mark of 58 at Kempton last October, when he was trained by Jo Hughes, Puramente’s acquisition is at the centre of an ongoing dispute with a bloodstock agent, which could leave Prunk out of pocket by a five-figure sum.

Undeterred, yet utterly frustrated by the powers-that-be in Austria who seem hell bent on driving Flat racing into extinction, Prunk soldiers on. Why?

“Because I am stubborn,” she says. “Facilities here at Magna Racino [in Ebreichsdorf, a suburb of Vienna] are nearly perfect – comparable with the best private training centres in the Czech Republic – and the racecourse was opened less than 15 years ago.

“There are a couple of covered horse walkers, a sand training track and a grass track which, although not perfectly maintained, we can use occasionally.

“There is also a river which, though not deep enough to swim in, is useful to cool off horses’ legs.

“After building the course and funding it for a decade, Mr [Frank] Stronach has closed his wallet and now there are no sponsors and it is just a venue for trotting racing and showjumping.

“There are four Flat trainers here, but between us we have fewer than 25 horses, and the authorities seem to think that we are more trouble than we are worth and are trying to kick us out.

“At the moment the course is dying but we have lights here, so there is the potential for night racing and the training surface doesn’t freeze, so we could have winter racing on the sand.” 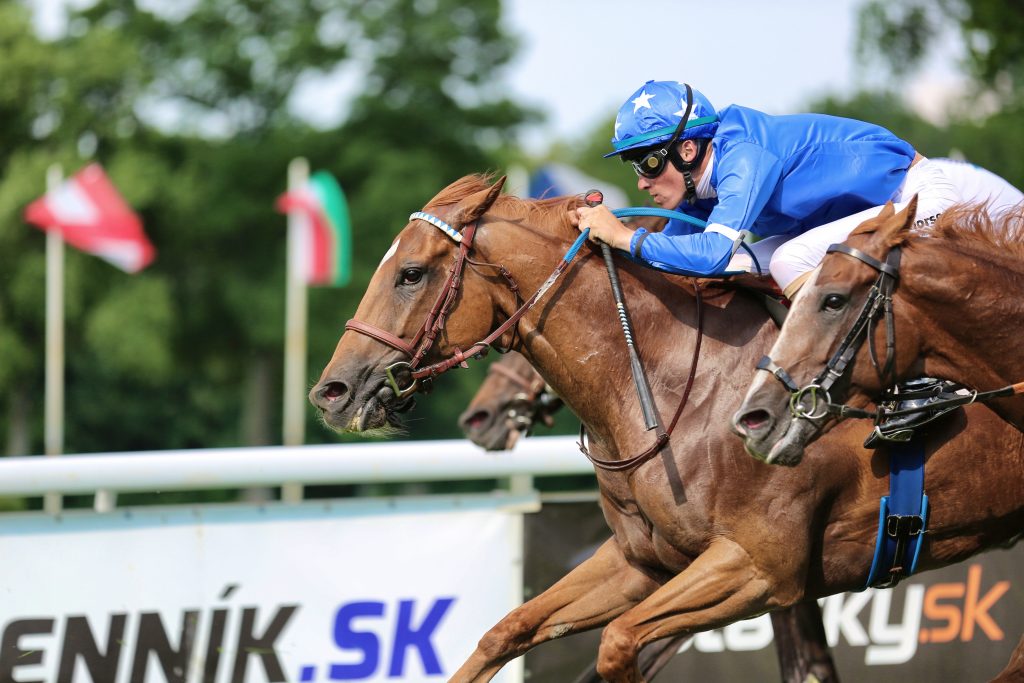 The one annual meeting with Flat racing is the upcoming Austrian Derby fixture, which will be staged on September 16. The big race itself, which from a British point of view has the subsequent Triumph Hurdle hero and Cheltenham Gold Cup runner-up Commanche Court as its most famous recent winner, is celebrating its 150th anniversary this year.

The on-track action, which will include only three or four Flat races, will just be a sideshow for some spectators who may be attending more for an eclectic mix of rival attractions, such as a fashion show, ‘most elegant outfit’ competition, Friesen stallion demonstration, sports car display and guest appearances from Gary Howard, from the 1980s pop band The Flying Pickets, and the world champion bagpiper, Robert Watt.

Ironically, Prunk may not be involved despite being the biggest resident trainer, as she has no entries in the Derby and most of her charges are too highly rated to take part in the low-grade supporting races.

Instead, she will continue to ply her trade exclusively on foreign fields, particularly at Kincsem Park, in Budapest, and in Bratislava, which is less than 50 miles from Ebreichsdorf.

“You have to chase up any prize-money you win in Hungary or Slovakia, and usually you have to wait until February of the next year to get paid,” she reveals.

“But I love Kincsem Park, where the races are good, the track is good and the stewards are fair.

“Bratislava is less welcoming, they don’t seem to like foreign horses there and you automatically get drawn on the outside.

“I’ve tried to object a few times after one of my horses has suffered interference but the stewards won’t listen, they just slam the door in my face.”

Prunk has become accustomed to having obstacles thrown in her way over the years, but this admirable young lady refuses to let it get her down.

Enjoyed this? Check out these stories:

Australia the land of opportunity for O’Rourke

Your guide to breeding and racing in the Bluegrass State 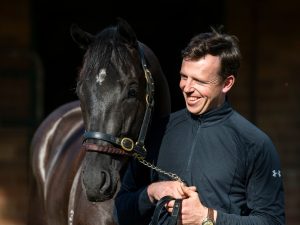 Up Next
Australia the land of opportunity