Prosperous Voyage lowered the colours of red-hot favourite Inspiral to cause an upset in the Group 1 Falmouth Stakes (1m) at Newmarket’s July Course on Friday.

The betting suggested it would be a cakewalk for the hitherto unbeaten Inspiral, sent off at prohibitive odds of 1-7 after her brilliant victory in the Coronation Stakes at Royal Ascot.

However Prosperous Voyage, a high-class filly in her own right who finished runner-up to Cachet in the 1,000 Guineas earlier in the season, had other ideas. Her jockey Rob Hornby sent the daughter of Zoffany to the front after leaving the stalls, clearly keen to make it a good test, with Inspiral settled third of the five runners under Frankie Dettori.

With two furlongs to run both Sandrine and Inspiral moved past Prosperous Voyage, who looked booked for third at that point, yet Hornby galvanised his filly to battle back inside the distance and gain the upper hand near the finish, scoring somewhat comfortably by a length and three-quarters from the below-par Inspiral.

Prosperous Voyage, trained by Ralph Beckett for Marc Chan and Andrew Rosen, looks set for a return visit to Newmarket for the Group 1 Sun Chariot Stakes in October. 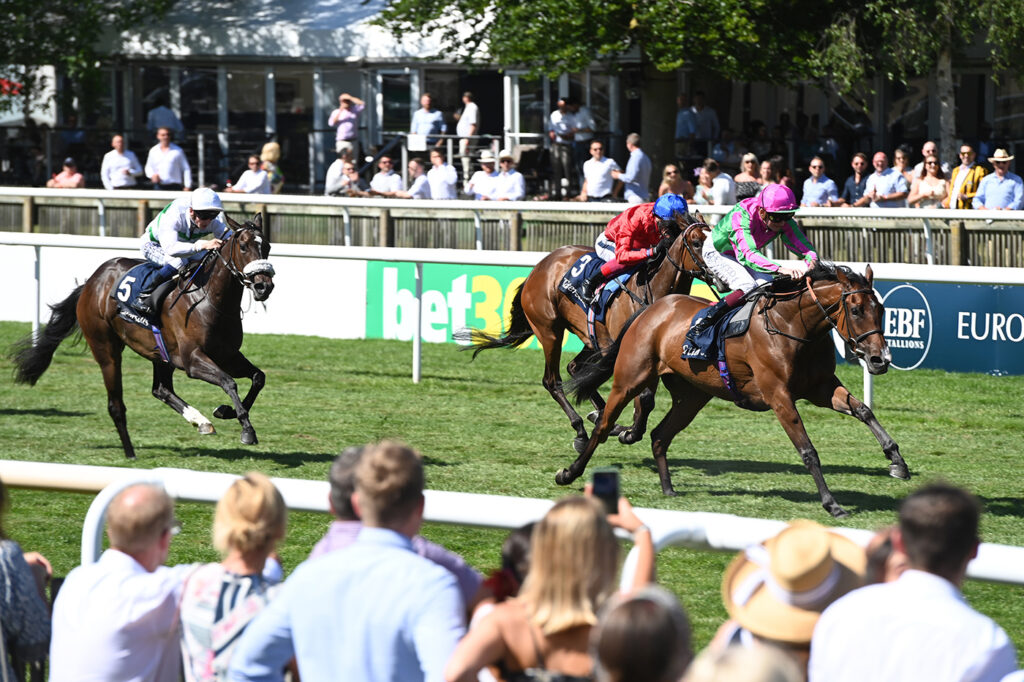 Beckett said: “It is a horse race and anything can happen. You will remember she was supposed run in the Saint Alary but they closed the M20 the night before she was due to travel so the traffic was just backed up and I decided not to send her. That probably counted for her today.

“I was saying to Kelsey Lupo, the owners’ representative, before the race that it has felt like this filly has run six times this year as she has had so many false starts, but it is actually only her third start.

“Maybe Inspiral didn’t turn up today, maybe she bounced but this filly ran her race and that is all that really matters if you are me.

“The Sun Chariot is the obvious race for her. We will keep bringing her back to Newmarket. In the Guineas she was drawn in the middle of the track and slightly away from the action. We always intended to roll forward in the Guineas and she did. She sat quite close to the pace she wasn’t able to tackle the winner from where she was but she was only beaten a neck that day. It was a good ride today.

“There is a certain amount of irony as Andrew Rosen and Marc Chan are close friends with Frankie but that is the way it goes. I’m delighted for the filly as much as anything else as the rest of us are in her space.

“Rob gave her a lovely ride and he did it in France last year on Scope. We don’t lack faith in our rider. We have three jockeys, we don’t have a stable jockey, and if an owner wants a different jockey that is their prerogative and that is how it works.”

The pair had the race between them inside the final furlong, with the stewards called into action after Mawj drifted left near the finish, hampering the runner-up. In the end the places remained unaltered. 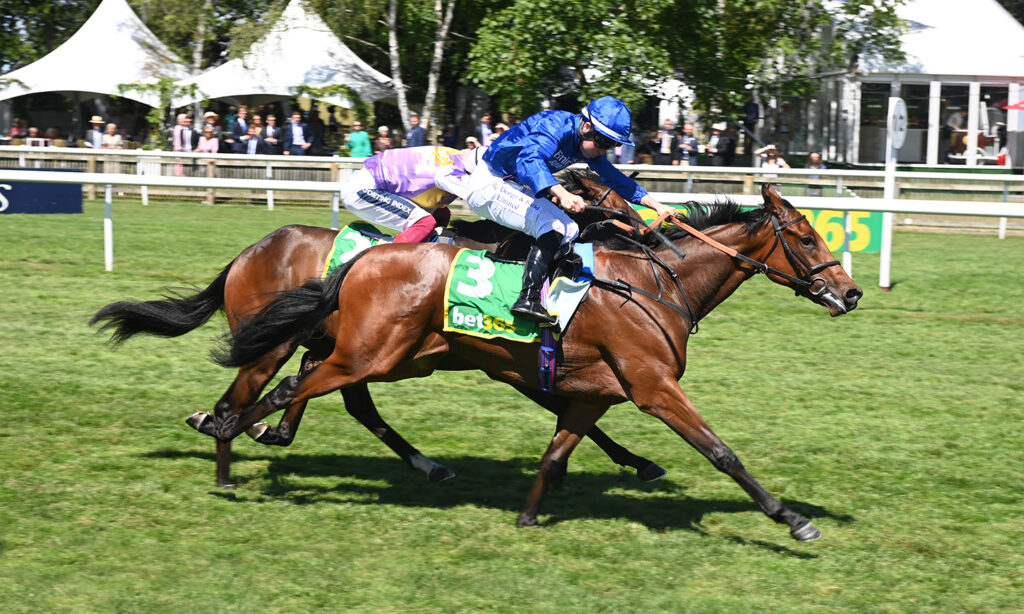 Bin Suroor said of the Godolphin-owned winner: “I talked to Ray and he agreed that he will keep the race, this filly was good and she was straight. She moved a little bit but I don’t think it affected the result and the way she won the race is exciting and now we’re looking at the Cheveley Park.

“She’s a tiny filly but she obviously has class. I remember when she won here first time out off the back of one piece of work because she was light and she won well. She was behind a good filly at Ascot and now winning this is a good result for her.

“I hope she grows. Sometimes the fillies change as three-year-olds but if she grows it would be great. I’ll take her to Dubai to find nice races for her in the winter, but her next target is the Cheveley Park. She will have a break now.

“Seven furlongs will be better for her at the end of the season.”

Up Next
Magical Moments - Tees Spirit and Peter Baker