Meet Robson Aguiar: one of the breeze-up industry’s most upwardly mobile practitioners
Stories

Prince Philip, the Duke of Edinburgh and the Queen’s consort for almost seven decades, has died at the age of 99.

A statement from the royal family on Friday said: “It is with deep sorrow that Her Majesty The Queen announces the death of her beloved husband, His Royal Highness The Prince Philip, Duke of Edinburgh.

“His Royal Highness passed away peacefully this morning at Windsor Castle. Further announcements will be made in due course. The royal family join with people around the world in mourning his loss.”

His death comes a month after he had left hospital for a month-long stay where he underwent a procedure for a pre-existing heart condition.

Despite never being an owner in horseracing, Prince Philip was an honorary member of the Jockey Club since 1947 and was regularly seen as the Queen’s companion at the Derby and Royal Ascot.

It was at Royal Ascot in 2012 that Prince Philip presented the Queen with the winning trophy following Estimate’s success in the Queen’s Vase, which was a memorable moment for Sir Francis Brooke, the Queen’s representative at the track. 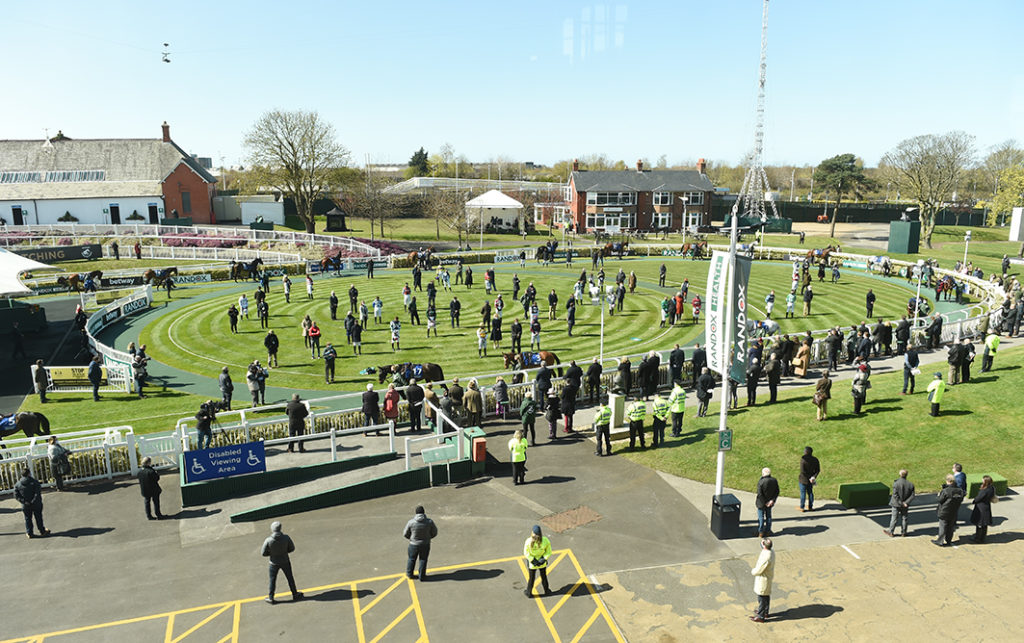 Aintree observes a two-minute silence to mark the passing of Prince Philip, Duke of Edinburgh, on Friday – Photo: Bill Selwyn

In a statement, he said: “We extend our deepest condolences to Her Majesty The Queen and the royal family at this time. We have very happy memories of His Royal Highness The Duke of Edinburgh at Ascot, where he accompanied Her Majesty The Queen on so many occasions and shared in her success.

“One of the most memorable moments was in 2012 when His Highness The Duke of Edinburgh at Ascot, where he accompanied Her Majesty The Queen with the Queen’s Vase after Estimate’s victory.”

Ahead of the first race at Aintree on Friday a two-minute silence took place and jockeys will wear black armbands in all races. Flags at the course are being flown at half-mast.

Sandy Dudgeon, Senior Steward of the Jockey Club, said: “We received the news of The Duke of Edinburgh’s death with great sadness. On behalf of The Jockey Club, I would like to extend our deepest condolences to out patron, Her Majesty The Queen, and all members of the royal family.”

Aintree later confirmed that following consultations by the British Horseracing Authority with government, Saturday’s Grand National meeting will go ahead as planned. A two-minute silence will be held on course ahead of the 173rd running of the race, flags will be flown at half-mast and jockeys will be invited to wear black armbands.

“We owe him a considerable debt of gratitude for his many years of tireless public service and dedication. We offer our sincere condolences to Her Majesty The Queen and the royal family.” 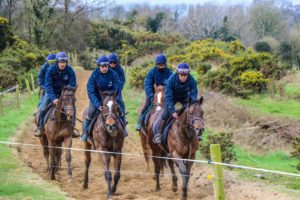 Up Next
Meet Robson Aguiar: one of the breeze-up industry’s most upwardly mobile practitioners