As newly retained jockey for the expanding and ambitious King Power Racing, will you be going flat out for a fourth jockeys’ championship this year?

No. I am very focused on my new job and don’t have it in my mind to go for the title. I’m taking my foot off the gas as far as concentrating on every winner everywhere is concerned to give my all to King Power Racing.

It’s a case of quality over quantity. With the Chairman Vichai Srivaddhanaprabha passing away in that Leicester helicopter crash last year, his son Vichai, who rides and plays polo, is keen to carry on the legacy.

You have an incredible non-stop work ethic. How do you switch off?

I chuckled when you first asked me about switching off, because the only thing I know is to work hard. That’s my life. When I get a ban and have a day off, for me, that’s a lost opportunity as is any day when I am not riding.

Of course, I enjoy being with our three boys, Ryan, 12, Max, 1, and baby Harry, particularly after being in Hong Kong for four months this winter. After getting home last month, I was serving a ban from Hong Kong so we took Ryan for a day’s show-jumping.

Having been with animals all my life, when I got to the racecourse the only thing I wanted was to be a jockey. I couldn’t start until I was 16, so I filled in time helping my brother with his furniture business. That experience has made me realise how lucky I am to be where I am today.

You became champion apprentice in Sao Paulo before spending three years with Dermot Weld at the Curragh, not getting a ride. Did you consider returning home and starting again?

I did think of packing my bags and going back to Brazil because I had been doing well at home, but wasn’t getting any opportunities in Ireland. I struggled with the language and was frustrated because I had hoped to find a whole new life there, but the opportunities never came.

It was a shame and they were tough times. But I believe tough times can make you tougher, particularly if you can accept them in the right frame of mind.

Your association with Godolphin, which yielded Group 1 triumphs with Farhh and African Story, ended somewhat prematurely. How do you reflect on your time riding for the boys in blue?

I was with Godolphin for three years and it was a good time. I won a lot of races for them in Dubai and England where you were on the big stage. I appreciated the opportunity I was given there, but then you have to move on.

I am a great believer in myself, in what I can do and in what I hope to achieve. It was after those years with Godolphin that I became champion jockey. Looking back, I have no regrets.

Your first job in England was with the late Dandy Nicholls, where you met your future wife, Vicky, who rode 19 winners as an apprentice. Now with three young children, how much input does Vicky have in the de Sousa racing business?

Having worked in racing, Vicky can put that experience and knowledge into practice and is a big help. Of course, as my wife she is a good woman to have
at my side and a great support. She understands the business and helps with the paperwork and organises me when I am on the move, such as booking accommodation and flights.

She is also very hands-on with the ponies, dogs and animals at home, not to mention our three children. She plays a big part in Ryan’s riding and show-jumping.

Mark Johnston has been a longstanding supporter. What’s the key to your success with the Middleham maestro?

Mark has been a big supporter of mine throughout my career. Basically, he wants to win every race, and so do I! We match up well together and when I am riding for him, I always feel he is a great believer in what I can do and that gives me confidence.

I believe tough times can make you tougher

When I go out on one of his horses, I just feel I can do what’s best in the moment; it doesn’t always work, but most of the time it does. And you always feel that Mark will be of the same opinion.

He is a gentleman to work for and I hope we will be able to continue our association when I am not required by King Power. 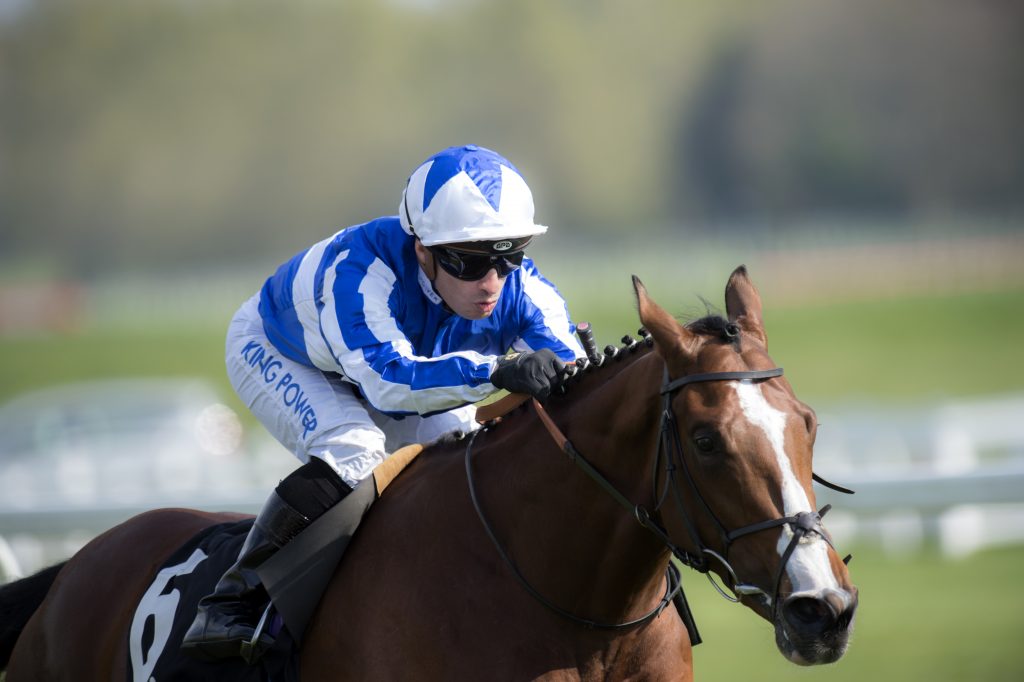 You are always happy to say: “I wake up every morning, 8st 4lb”. It’s a big advantage not having to waste and sweat. How do you maintain the fitness of a top athlete?

I need to be active because when I have time off and chill out I am not busy and not hungry, so I lose weight. If I have a week off, I come back a few pounds lighter. When I’m riding I am hard-working, drink plenty of water and put those few pounds back on.

It’s just the way I am and I’m very lucky. I have a full-time driver, so I don’t mind all the travelling. I can sleep in the car, study form and think about how I’m going to ride a race.

Everyone gets stressed at some stage and I suppose I do as well, but with me it’s more frustration, though generally I am pretty chilled out. I get angry when I am banned and find myself watching the horses I should be riding!

Based locally in Newmarket, will the new Peter O’Sullevan House, opening this summer for injured jockeys, feature in the de Sousa health and fitness campaign?

I have never had to go to Oaksey House in Lambourn or Jack Berry House in Malton and in that respect I am lucky. But the jockeys who have used the facilities speak very highly of both rehab centres. With Newmarket being the centre of racing, Peter O’Sullevan House will be most welcome and I am sure very popular.

It is a great asset to have on our doorstep and generally jockeys are well looked after and cared for these days. Racing is a big family, a big community and we try to look after each other.

You rode 44 winners in a four-month stint in Hong Kong this winter, up against local stars Zac Purton and Joao Moreira. What is the biggest challenge of riding in Hong Kong, how much did you enjoy the experience, and could you see yourself moving out there permanently?

It was my third time riding in Hong Kong – and fantastic. On my previous visit I rode 19 winners so I was delighted to make 44 this winter, because I arrived thinking if I could hit 20 that would be really good.

The races are very tight and very tactical so you can’t afford to miss a trick. If you make a mistake you won’t ride the horse again. When you’re there for a short time you cannot do more than they give to you. 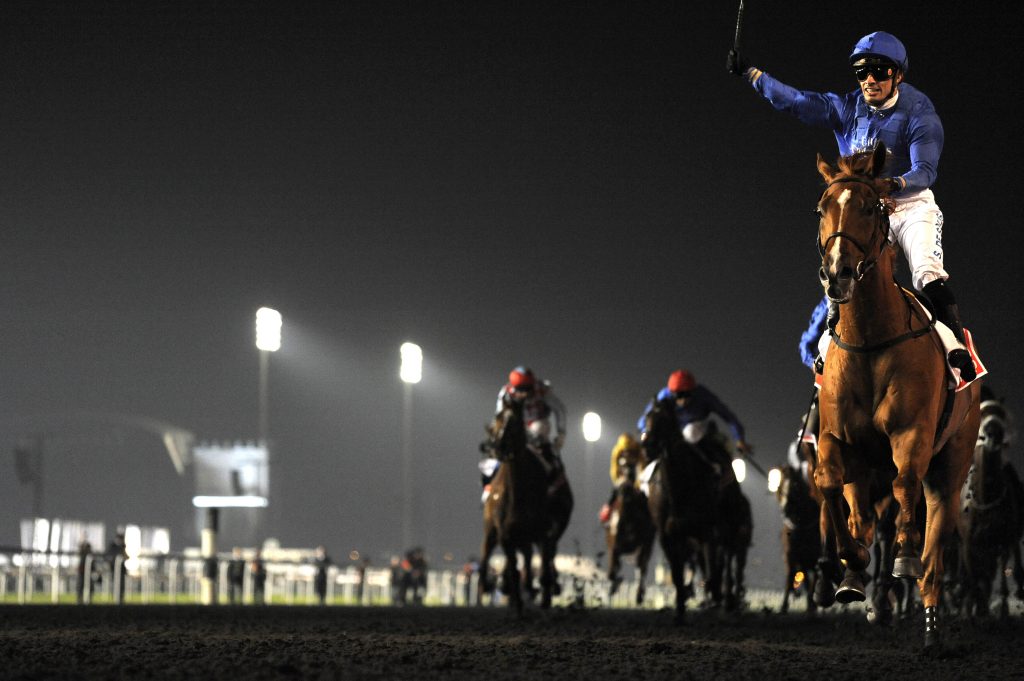 I had been approached by King Power before I went and if the deal had not gone through I would have stayed out there. The contract was signed and now I am really pleased to have the job with King Power, riding on all the different tracks in England.

There is so much variety here compared with Hong Kong, which has just the two tracks, Sha Tin and Happy Valley. Racing is well organised there and the prize-money is unbelievable.

Owners in Hong Kong are attracted by the prize- money – here they are turned away by the lack of it. Much more money from betting is put back into Hong Kong racing than it is in England. Theirs is an example we need to follow for the benefit of not only owners, but breeders and all those who work in the sport.

You have ridden all round the world, also taking in places such as India, Dubai and Australia for the Melbourne Cup. Is there anywhere else you would like to prove yourself?

I haven’t been to Japan but one day I would like to ride in some of their top races, or perhaps take part in a jockeys’ challenge. It would be a great experience to test the water out there. I have ridden a winner at Belmont in New York for Godolphin and also one at Del Mar in California.

I’ve been back to Brazil once to ride in a jockeys’ challenge and had a couple of winners. I have also enjoyed two King’s Cup winners in Saudi Arabia.

You have been quoted as saying: “It’s all about the moment.” There must be one that stands out above all the others…

Winning the Dubai World Cup on African Story in 2014. That was probably my greatest moment. It is the biggest race in Dubai and World Cup night is amazing.

It was one of my most memorable moments in the saddle and now my goal is to find a horse and go back and win the race again.

Given time away from the horses, what would be the perfect day off?

Something nice and simple, a day out with the family. Playing with the kids, kicking a football around. Some people fly halfway round the world for a few days off but doing the simple things with the kids as they grow up takes a lot of beating.

Your new job in the blue and white King Power silks got off to a flier at the Doncaster Lincoln meeting with a treble on Bangkok, Fox Champion and Good Birthday, following two winners earlier in the week. Can you give us two to follow this summer?

Richard Hannon has about 20 horses for King Power and one of the two-year- olds I sat on during a recent visit to his yard seemed full of promise, a Night Of Thunder colt called Sun Power.

Fox Champion, who won at the Doncaster Lincoln meeting, could have a good season in front of him. He didn’t win by far on his reappearance, but I am looking forward to teaming up with him again and he could progress through the season.

When we spoke to you in 2011, you had yet to be champion jockey and talked of riding against the “big guys”. What does it mean to you now to be one of the “big guys” – and how is your outlook different?

I don’t feel like one of the big guys! I am just the same as the rest of the guys, but I do believe in what I can deliver when I am on a horse. And it is nice to have a high-profile job in this sport. I just hope I can do well, but am still one of the lads, not above anyone else.

I am the same as I was, only with a different job. I still hope to be available at times to ride for those who have helped me reach the position

I am in now. We try and help newcomers in the weighing-room and my advice is always to work hard. 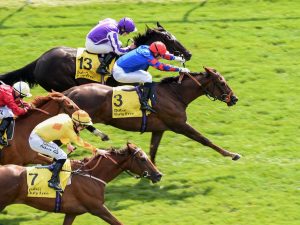 Up Next
Hartes dreaming of Classic success