In 2001, Aidan O’Brien won the Derby and the Oaks with Galileo and Imagine, while in 2005, he took both the 2,000 Guineas and 1,000 Guineas with Footstepsinthesand and Virginia Waters. This year, however, the first four British Classics have all fallen to the master of Ballydoyle and, should he set Camelot for the St Leger, no fan of racing will begrudge him a clean sweep if he produces a Triple Crown winner into the bargain. 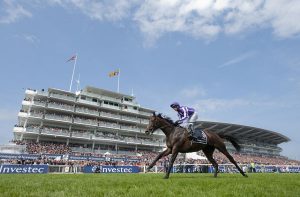 Camelot wins the Derby to give rise to Triple Crown hopes

While Nashwan and Sea The Stars have both shunned a Triple Crown bid after winning the first two colts’ Classics, there are plenty of reasons to believe that Camelot will be lining up at Doncaster on 15 September. Not only he is owned by sportsmen, but he also represents an operation which campaigned the last Triple Crown winner, Nijinsky.

Forty-two years have elapsed since Nijinsky graced the gallops at Ballydoyle and, while Aidan O’Brien is quick to defer to ‘the lads’ (owners John Magnier, Michael Tabor and Derrick Smith) when it comes to making any kind of commitment to future running plans, it’s not difficult to imagine that the extraordinarily gifted trainer would love nothing more than to add his name underneath that of another O’Brien – the equally over-achieving Vincent – to the list of men to have successfully prepared a Triple Crown winner.

While a firm decision is yet to be made – or at least yet to be made public – John Magnier’s instant reaction when quizzed by Clare Balding on the BBC immediately after Camelot’s Derby victory on Saturday, gave plenty of cause for hope.

Asked if the he would like to see Camelot go for the Triple Crown, Magnier replied, “Who wouldn’t? We’re all getting older and somehow these things start to mean a bit more. If you’d asked me that 30 years ago I’d have looked the other way.”

Of course for a stallion operation as business-minded as Coolmore, there are commercial considerations for every top colt they have in training at Ballydoyle. But, given the fact that Camelot is not only a Group 1-winning two-year-old but also the first son of Montjeu to win a Classic over a mile, surely the mere matter of him having the ability and versatility to also win a St Leger, would do his stud credentials no harm whatsoever?

While Camelot became his sire’s fourth winner of the Derby in only eight years, the late Montjeu has also sired two St Leger winners already – Scorpion and last year’s winner Masked Marvel. It’s clear that Montjeu imparted plenty of stamina to his stock, not to mention class and presence. What better way for him to be remembered in the year of his death than as the sire of the first Triple Crown winner since Nijinsky? 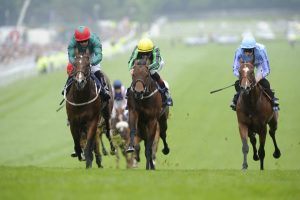 Up Next
Swinging Sixties