“What a journey, we’ve won the biggest in the calendar and he’s proven he’s good”

It was a race billed as the clash of the generations but it was the older horses who dominated in the King George at Ascot on Saturday, with the 18/1 shot Pyledriver running out an impressive and extremely popular winner.

Successful in last season’s Coronation Cup, the five-year-old has forged something of a globe-trotting reputation for trainers William Muir and Chris Grassick since then, having competed with credit in Hong Kong, when second in the Hong Kong Vase at Sha Tin, and Dubai, when fourth in the Sheema Classic at Meydan.

Pyledriver returned to domestic action earlier this summer with a fine second in the Coronation Cup at Epsom. Yet despite that performance, he sat among the outsiders in a stellar renewal of the King George that had attracted two of the best three-year-olds in training in Westover, the runaway winner of the Irish Derby, and narrow Oaks runner-up Emily Upjohn in addition to the older Arc hero Torquator Tasso, fellow globe-trotter Mishriff and Hardwicke Stakes winner Broome.

There was drama at the start as Mishriff again lost vital ground with a slow start. Meanwhile, Westover, who had become quite worked up before the race, had taken a strong grip with Colin Keane to take himself a prominent position alongside Broome at the head of affairs. He was a spent force turning into the straight, allowing Broome to lengthen past into the lead. However, Pyledriver was poised in behind for P J McDonald and quickly had Broome’s measure, sweeping into a clear lead before pulling clear of Torquator Tasso in relentless fashion for a near three-length score. It was eight lengths back to Mishriff in third, himself a length-and-a-quarter ahead of Broome in fourth. Both Emily Upjohn and Westover were well beaten. 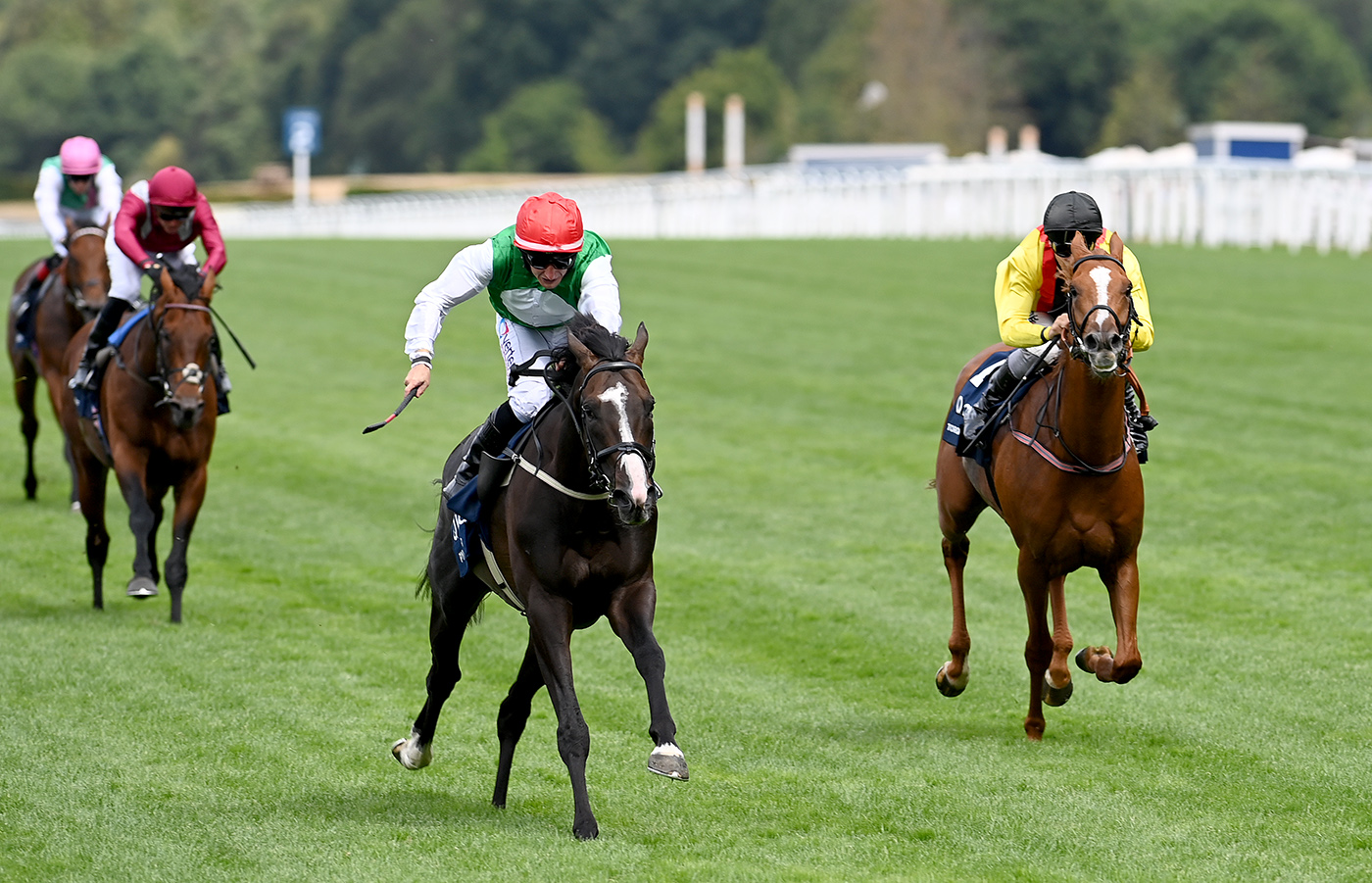 Pyledriver’s win maintained a brief yet successful partnership between the horse and PJ McDonald, who had partnered him to victory at Haydock as a two-year-old. With regular rider Martin Dwyer still on the sidelines through injury, McDonald once again stepped into the plate.

“I feel so sorry for Martin as these horses come so hard to come by,” McDonald told ITV Racing. “He’s an absolute gent, Martin has been so supportive of me and very helpful in the past week on how to ride him.

“Oh my God, these are days you don’t think are going to happen. This came to me by luck, it was someone’s else misfortune and I stood in but that’s this game inside out.

“I’m so grateful to Willie Muir and Chris Grassick, and so grateful to this horse. It was so smooth – the horse actually filled himself up going up the hill, came good going into the bend and I knew then it would take a good one to get by me.”

Pyledriver’s story is a deservedly popular one. Bred by Guy Leach, his brother Huw and Roger Devlin , he failed to sell for a mere 10,000gns as a foal to prompt connections to retain the horse and place him in training with Willie Muir. Fast forward four years and Pyledriver now boasts over £1.8 million in earnings – with his owners undoubtedly having turned out some significant offers along the way.

“I want to cry today,” Muir told ITV Racing. “I’ve thought in the last two weeks that we’d win. I know they said Westover was fantastic in the Irish Derby, and I know they thought Emily Upjohn was terrific. But we knew this horse was a very good horse and he was just showing everything at home.

“I look at him every day, feel his legs every day and look him in the eye. But those close to him as well kept saying that he was ready today. It’s a real team effort. You’ve got to know this horse – he does most of the work at home on his own.”

He added: “What a journey, we’ve won the biggest in the calendar and he’s proven he’s good.” 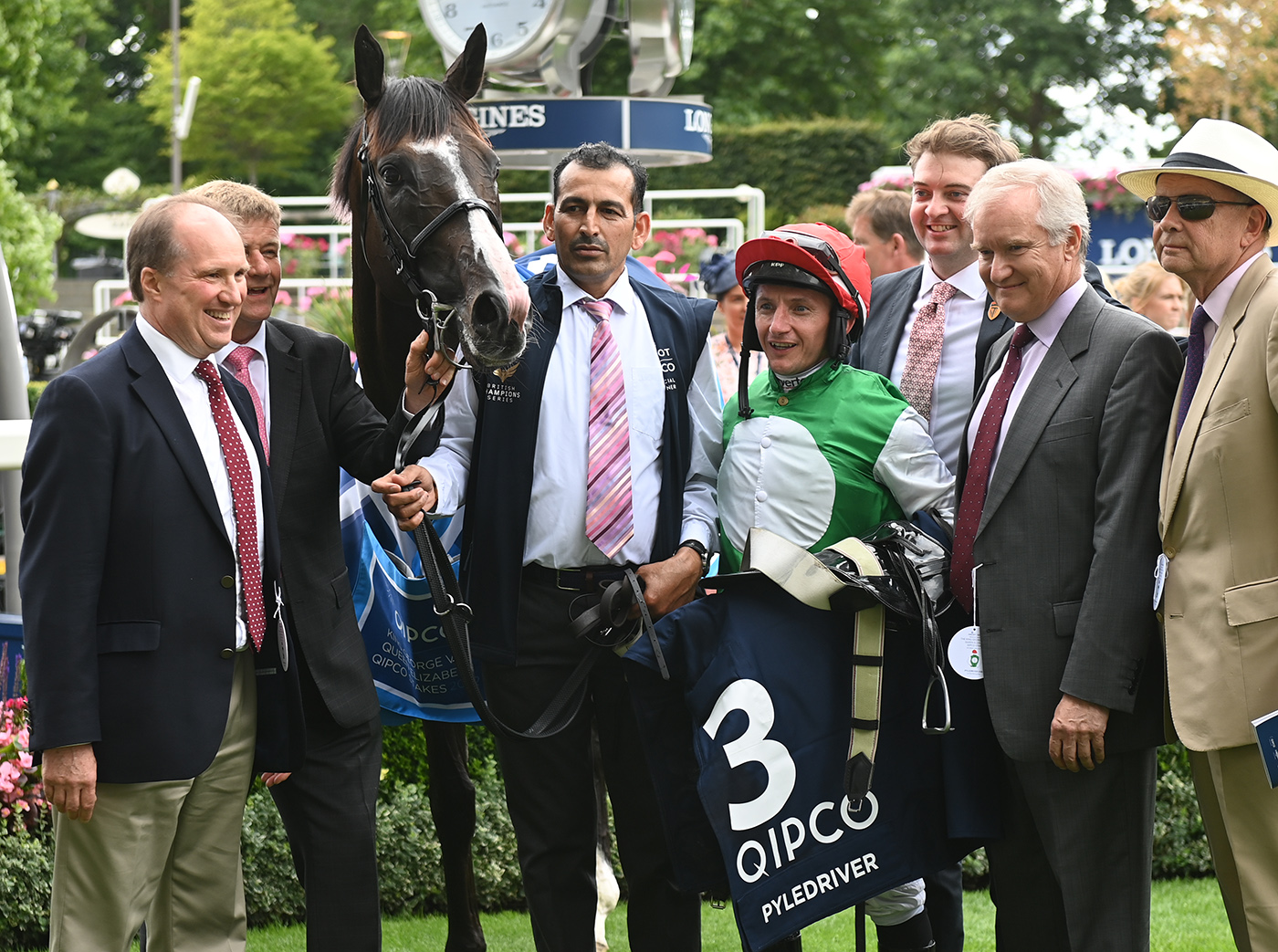 Also at Ascot, Lezoo justified favouritism to return to winning ways in the Group 3 Princess Margaret Stakes. Making her third start in a stakes race in a month, the Ralph Beckett-trained filly was always travelling well for Frankie Dettori and having been shaken up to lead a furlong out, was always doing enough to hold Kinta by a length.

“She’s very tough and we know she gets the 6f very well,” Dettori told Sky Sports Racing. “I probably did kick a bit too soon but I knew she had the legs to get to the line. She’s got bags of speed.”

Now the winner of three of four starts, with her sole defeat coming when a narrow second in the Duchess Of Cambridge Stakes at Newmarket, Lezoo becomes the first Northern Hemisphere Group winner for Tweenhills Stud’s shuttler Zoustar. She was bred by Chasemore Farm out of Group 3 winner Roger Sez. 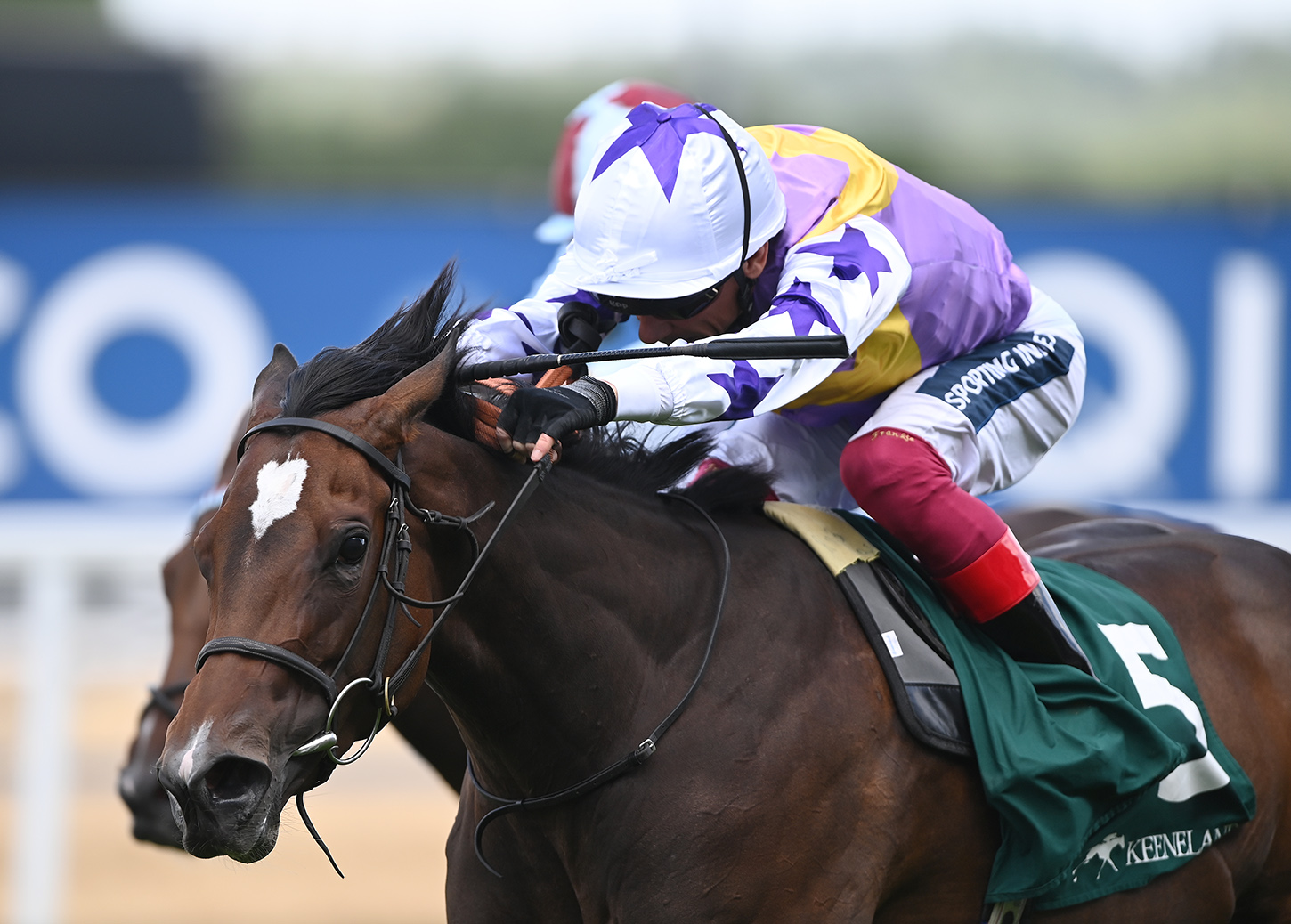 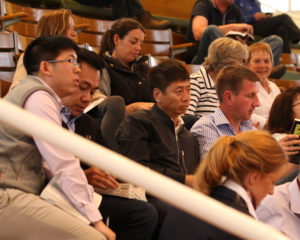