Goshen back to form with scintillating Kingwell win
Stories

Dashel Drasher ran out a popular winner of a dramatic renewal of the Grade 1 Betfair Ascot Chase at Ascot on Saturday to provide a jockey Matt Griffiths with a first Grade 1 success.

Much of the pre-race focus rested on the Paul Nicholls-trained pair of Cyrname and Master Tommytucker. But in Jeremy Scott’s progressive Dashel Drasher, they were also taking on something of an Ascot specialist, one who had won both his last two starts at the track.

Cyrname, sporting first time cheekpieces, was ridden aggressively by Harry Cobden to make the early running. However, he stopped quickly down the back straight and was quickly pulled up, marking the second successive occasion that he has failed to complete.

His departure left Dashel Drasher and Master Tommytucker to fight it out and although Dashel Drasher met the last on a short stride before proceeding to idle, he always had enough in reserve to repel his challenger and win with ears pricked by two lengths. Bennys King completed the finishers in third.

“He’s quite something, isn’t he?” Scott told Sky Sports Racing. “It’s special as we bred him too. I don’t know why he likes Ascot as he hangs left but it just seems to suit him – he loves it round here.

“It’s lovely for Matt. He broke the horse in originally and he’s a massive part of the yard.”

Dashel Drasher holds an entry in the Ryanair Chase at Cheltenham but Scott is keen to keep his options open.

“He is in the Ryanair but we are mindful,” he said. “He had a bit of an injury last year so we won’t push him too hard – I’d love to have him around next year.”

British-bred Dashel Drasher is a son of Batsford Stud’s Passing Glance and out of the multiple-winning pointer So Long, by Nomadic Way. 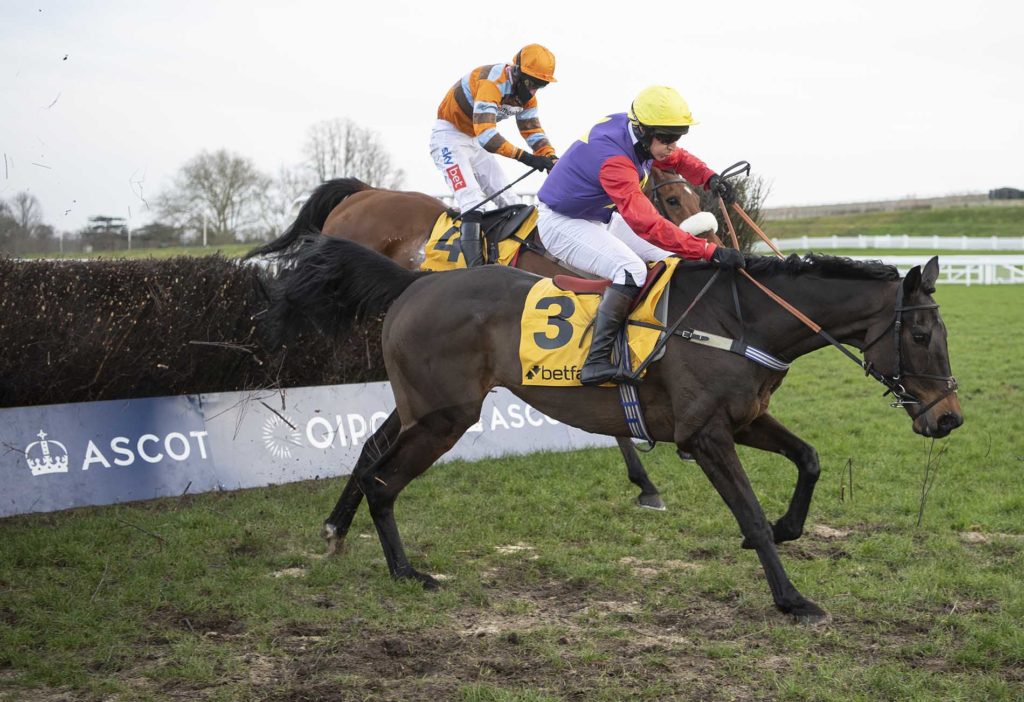 Remastered put in a fantastic round of jumping to make all the running and win the Grade 2 Reynoldstown Novices’ Chase for David Pipe at Ascot.

Partnered by Tom Scudamore, Remastered looked likely to come off second best to Demachine as they piled on the pressure entering the home straight. However, he answered every call from his rider to hold the advantage, with an excellent jump at the last going some way to sealing matters.

At the line, the strapping son of Network had four lengths to spare over Demachine with Kalooki another 29 lengths away in third.

Now unbeaten in three starts over fences, the British-bred Remastered has a host of options at next month’s Cheltenham Festival.

“He’s got plenty of options [at Cheltenham], I think he’s entered in just about everything so I’ll leave that up to David [Pipe],” said Scudamore. “He has really taken to fences, he’s unbeaten over them so far and it’s really made a man out of him.” 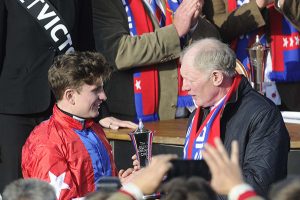 Up Next
Goshen back to form with scintillating Kingwell win