A momentous result came the way of Jossetown Farm at Goffs on Friday as its Group 1 producer Plying commanded €825,000 to head trading during a competitive day of selling.

As anticipated following the level of enthusiasm seen at the foal sales, the opening session of Goffs’ mares sale was strong at differing levels of the market, driven in part by demand for Godolphin, Aga Khan and Shadwell’s Derrinstown Stud stock.

It was at this sale in 2018 that Jossetown Farm purchased Plying for just €21,000 in foal to Starspangledbanner.

At the time, Alcohol Free was a foal and of course, went on to win the Coronation and Sussex Stakes for Jeff Smith and Andrew Balding. Another out of the mare, Alexander James, also became a Listed winner.

In all, the daughter of Hard Spun is now the dam of three winners while her two-year-old Hooked On You has also looked promising this season for Karl Burke.

“It’s a funny one,” said Jossestown’s Martin Cooney after watching the stud’s pride and joy pass through the ring. “It’s a bitter-sweet thing. Obviously you’re delighted she made plenty of money, but at the same time you don’t really want to sell her. The first thing I was thinking when I was watching the bidding was where will she end up.

“Everyone’s coming and saying ‘Jesus! Well done!’, but you’re just sort of left thinking she’s gone now. But that’s just the way it is. They’d be part of the family at home so you become very attached to them. It’s not as if we’ve 50 mares.

“She owes us absolutely nothing and she never did. From the moment we got her it’s only been a good story, she’s been 100 per cent the whole way.

“We knew from an early stage that she was special because Alexander James came out and then Alcohol Free won first time out. I know these mares don’t come around very often.” 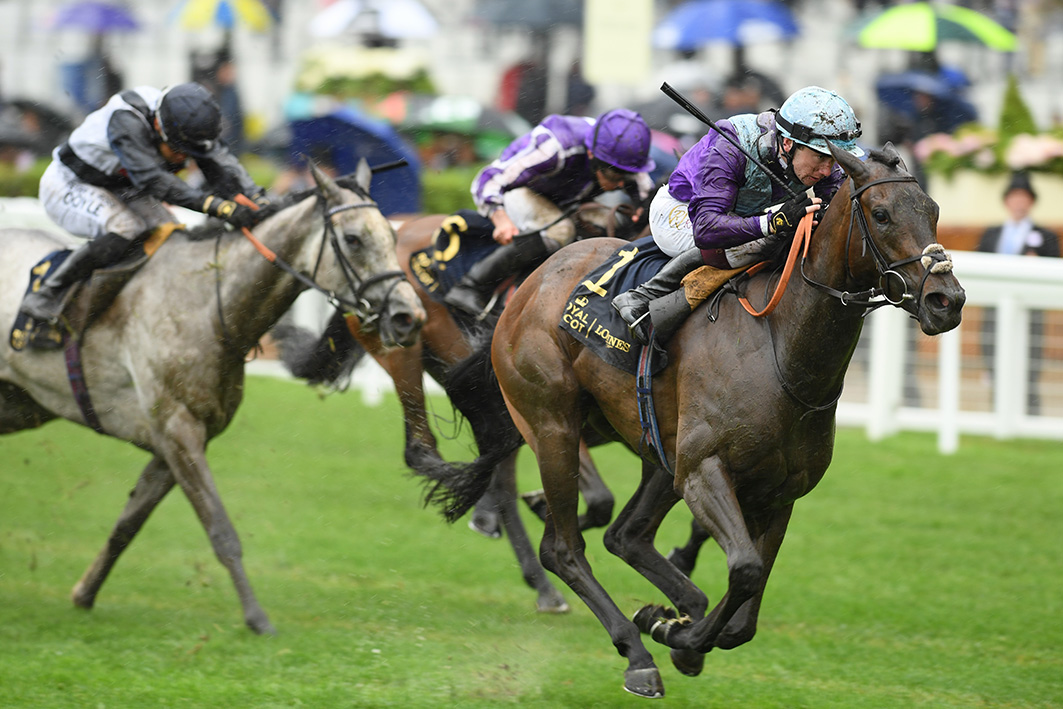 Her sale capped a strong day on the buying front for the BBA Ireland – Yulong Investments axis, which spent a total of €1,870,000 on five mares.

Yulong principal Zhang Yusheng has been a welcome element to Ireland’s racing scene for some time now and is now in the midst of adding further to his broodmare band ahead of the arrival of his Phoenix Stakes winner Lucky Vega to the Irish National Stud next season.

The son of Lope De Vega is currently serving his first season at Yulong Farm in Australia.

“We thought she represented a fantastic opportunity to buy the dam of a champion filly,” said Donohoe after outbidding Watership Down Stud’s Simon Marsh, standing with Adrian Nicoll. “Alcohol Free is a top, tough, honest, top-drawer filly. I believe she’s staying in training so there’s more to look forward to. And she’s not just a flash in the pan either with Alexander James in there.

“She has a very nice covering, she’s in foal to a horse that is close to Mr Zhang’s heart [Lope De Vega is the sire of his Group 1 winner Lucky Vega] and we believe she’s carrying a filly, so hopefully that will be able to join the broodmare band one day.

“She just makes sense. And when you look at the bid board and convert back to pounds, she actually looks a bit of value.”

Yulong has been busy stocking up for mares to go to Lucky Vega next season at the Irish National Stud and while nothing is confirmed, Plying could well be among his debut Irish book.

“Lucky Vega is a lovely big horse who is going to suit any one of the mares Mr Zhang has bought – he’s going to be a very easy horse to use,” said Donohoe. “And she’s a medium sized mare. So she would suit.” 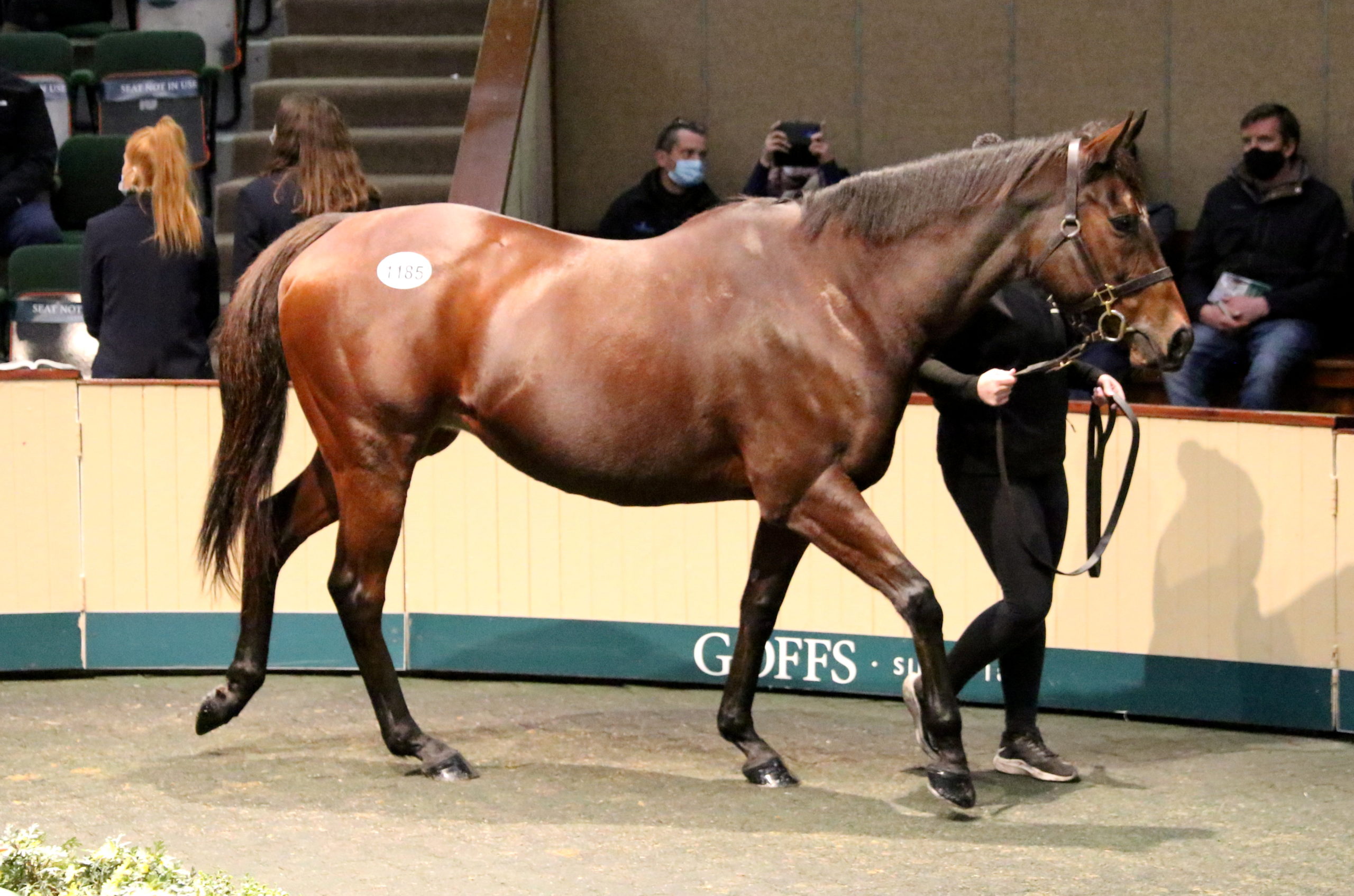 Yulong’s purchases also included the regally-related and successful producer Eytarna, for whom Donohoe signed at €330,000.

Sold by the Aga Khan, the Listed-placed daughter of Dubai Destination is the dam of three stakes horses including the Group 2 Blandford Stakes scorer Eziyra, and is out of the Aga Khan’s remarkable producer Ebaziya.

She was sold in foal to Teofilo.

“Mr Zhang plans to really support Lucky Vega at the yearling and foal sales but he also wanted to come here and pick up a couple of nice mares for him too,” said Donohoe after outbidding Tally-Ho Stud. “Eytarna is a proven producer and you can see that Lope De Vega has already worked with the family and it’s just a great Aga Khan family to be getting into.”

Eytarna is also the dam of Leopardstown maiden winner Eylarna, for whom John McCormack paid €350,000. The daughter of Gleneagles was purchased on behalf of an American client and could race on in the US.

Meanwhile, the Derrinstown Stud draft yielded its share of jewels including several proven producers who could form part of St Mark’s Basilica’s first book at Coolmore next season.

Barronstown Stud went to €550,000 for Riqa, a stakes-placed daughter of Dubawi in foal to Kingman, while MV Magnier went to €440,000 for Garmoosha, dam of the high-class Sea The Stars filly Raabihah.

John McCormack also signed at €380,000 for Aaraas, dam of the Derby runner-up Madhmoon.

Garmoosha’s best runner to date, Raabihah, was successful in the Prix de Pomone and second in the Prix Vermeille for Jean-Claude Rouget, and as such is set to start her breeding career for Shadwell with a visit to Dubawi.

Given that Raabihah is a daughter of Sea The Stars, it wasn’t surprising to see her dam targeted aggressively by John Clarke, who invariably acts on behalf of Sea The Stars’ owner Sunderland Holding Inc. After giving it his best shot, however, he wound up as the underbidder.

He added: “St Mark’s was some racehorse. He was very tough to do what he did at Leopardstown. He’s a very special horse to have done what he did, we’ve not had the like of him for a long time. He’ll be strongly supported – we already have plenty of good mares booked into him.”

The unraced Garmoosha represents some of the best of Shadwell as a daughter of Sheikh Hamdan’s champion Oaks heroine Eswarah, herself the daughter of another Oaks winner in Midway Lady. 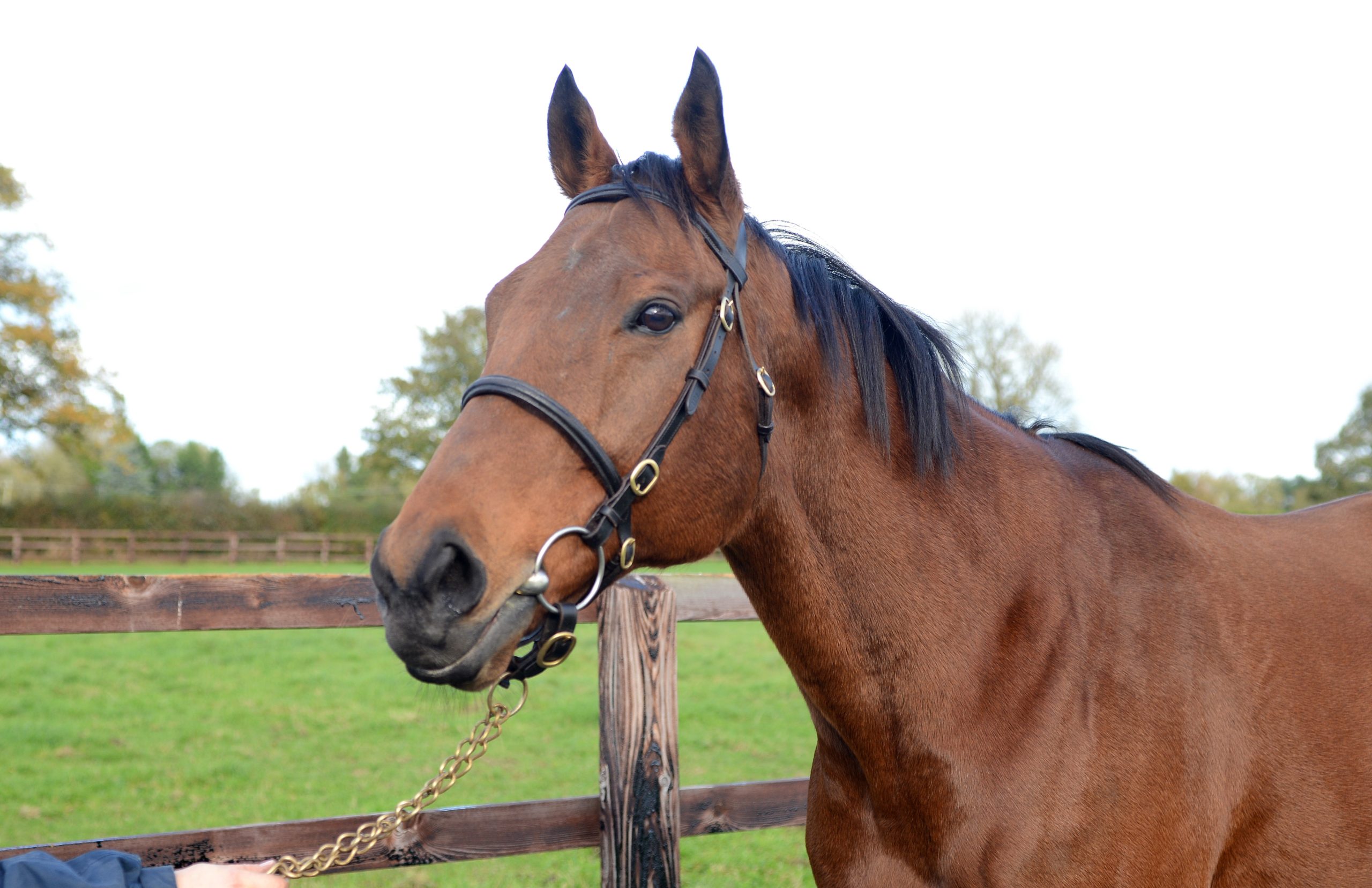 Similarly, Aaraas boasts three generations of Shadwell breeding as a descendant of Ghashtah, a $2.3 million foal purchase by Sheikh Hamdan back in 1987. Ghashtah was a Nijinsky half-sister to Seattle Slew and Lomond, and although she failed to initially live up to those siblings, she ended up leaving quite a legacy at Shadwell notably via her daughter Alshoowg.

By Riverman, Alshoowg foaled Listed winner Adaala to Sahm, a short-lived son of Salsabil who fared well from limited opportunities at Shadwell in Kentucky. In turn, Adaala foaled the stakes-placed Alshahbaa, Daymoona and Asheerah (dam of Awtaad and Mehnah) in addition to Aaraas, herself second in the 2012 Group 3 Blue Wind Stakes.

All but one of the stakes horses on the page have been trained by Kevin Prendergast.

Cormack had to fight off a very persistent Jeremy Brummitt, standing with Bjorn Nielsen, for the mare, a daughter of Haafhd who has youngstock by Golden Horn and Sea The Stars to come.

“Look, she’s a proven producer,” said McCormack. “She’s a beautiful mare and an accomplished producer and when you have one of those, there’s a safety to it. I was looking around the ring at all the good breeders – or what I’d consider to be good breeders – who were in here on her. She’s already done it and there’s no reason why she won’t do it again.

“She’s been bought for an overseas client but we are in no hurry to ship her so we’ve been thinking of options that she could go to here. There are some very good proven horses at stud in Britain and Ireland and some very exciting new ones, and I suppose the one that springs to mind is St Mark’s Basilica. He was an exceptional horse and a very exciting new stallion.

“It’s great that there are so many good stallions in Britain and Ireland as it encourages overseas investors to keep their stock here.” 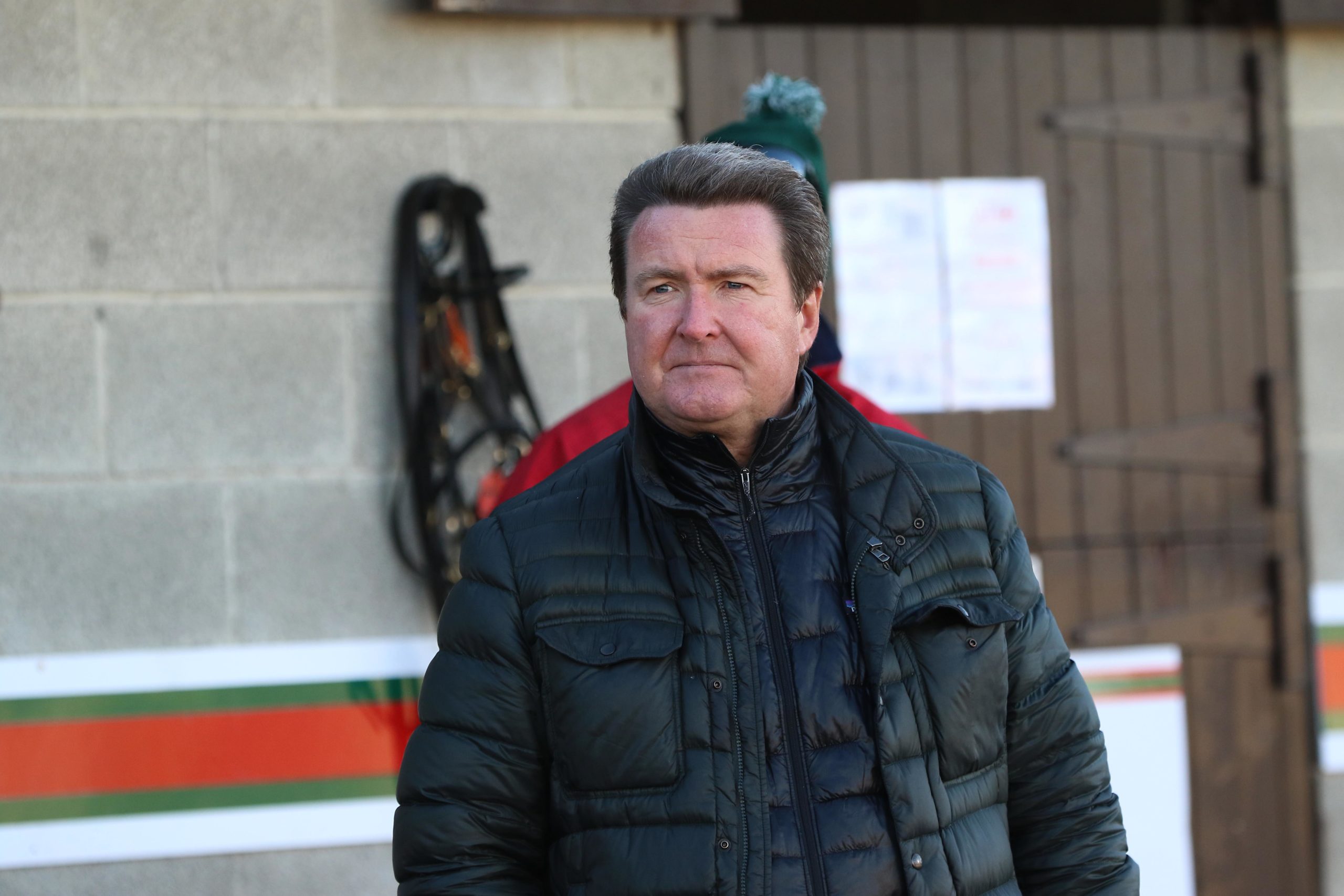 In addition to Riqa, Garmoosha and Aaraas, they included Zahratty, a Muhaarar daughter of stakes winner Beach Bunny in foal to Lope De Vega who was bought by Mags O’Toole for €350,000. The talented half-sisters Muteela, winner of the Sandringham Handicap, and Muraaqaba, winner of the 2014 Sweet Solera Stakes, were other highlights, selling for €350,000 and €160,000. Both are out of Listed winner Nufoos, also the dam of Middle Park Stakes winner Awzaan.

Noel O’Callaghan’s Mountarmstrong Stud, the breeder of many good horses including Dandy Man and Anthem Alexander, snapped up Muteela, sold in foal to Night Of Thunder.

As for Muraaqaba, she was purchased in foal to Dark Angel by David Ward, signing as Northern Star Bloodstock, to visit his homebred champion Starman at Tally-Ho Stud next season.

Ward also paid €300,000 for Ediyva, a Kingman member of the famous Ebaziya family sold by the Aga Khan in foal to Siyouni.

A winner herself, she is a half-sister to the stakes-placed Emaniya and Embiran and out of the Group 3-winning Emiyna, a Maria’s Mon granddaughter of Ebaziya, dam of Ebadiyla, Edabiya, Enzeli and Estimate among others.

“They’re both from very good families. Muraaqaba’s two-year-old Mariha won well this year and was sold to go to Australia [for 100,000gns at the Tattersalls Autumn Horses in Training Sale].

Ward, who is visiting his homebred star in his new home on Saturday, said he plans to buy ten mares with which to support him.

Champion sprinter Starman carried Ward’s colours to victory in five races, notably the July Cup and Duke Of York Stakes. The son of Dutch Art is due to stand at Tally-Ho next season for €17,500.

Bought for just 34,000gns by Barry Lynch at this year’s Tattersalls July Sale, the winning Shamardal mare Feminisim returned an almighty profit later into the session when reselling for €370,000 to Jill Lamb on behalf of Graham Smith-Bernal’s Newsells Park Stud.

Since passing through the ring out of the Godolphin draft in July, the pedigree has seriously flourished thanks to her two-year-old half-brother Modern Games, winner of the Grade 1 Breeders’ Cup Juvenile Turf and Group 3 Somerville Tattersall Stakes. Another sibling, Modern News, is also rated 105 for Godolphin.

They are out of Modern News, a winning New Approach half-sister to Group 1 winner Ultra from the famous Gerald Leigh/Niarchos family of Proskona, Calista and Act One.

“Delighted to get her,” said Lamb. “She’s a lovely physical with a lot of quality. It’s a fabulous family – you have Modern Games for next year, although he’s already done it, and Modern News looks like he might get black-type as well.

“She’s for Newsells Park Stud and it’s very exciting to get her.”

The sale concludes on Saturday. 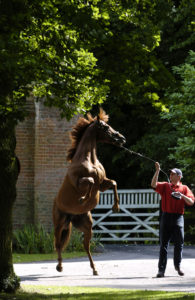