No Gold Cup for Coneygree
Stories

Kempton Park Racecourse, the home of the King George VI Chase, will be scrapped for housing under new plans put forward by the Jockey Club.

The announcement comes as part of a planned £500 million investment in British Racing over a ten year period.

One of 15 racecourses owned by the Jockey Club, Kempton has been the focus of attention since Spelthorne Borough Council’s ‘Call for Sites’ to provide further land for housing.

A planning application is also being prepared with the intention of creating a new floodlit all-weather track in Newmarket, should the Kempton plans be approved. The ambition would be for the course to become Europe’s best all-weather circuit.

Simon Bazalgette, Chief Executive of the Jockey Club said: “We are about maintaining racing heritage and making sure that it is in the most healthy position it can be for the future. That does not necessarily mean keeping everything the same as it has always been. That way is just general erosion and potential death of the sport. You have to keep the thing alive and keep investing in it and refreshing it.”

He continued: “I think we will be consulting widely and this is a fairly long-winded process. This is not an easy decision and there will be some who will not be happy with it.”

In terms of transfer of fixtures, Sandown Park located only six miles away will take on the 32Red King George VI Chase, as it has done with success in the past.

“The BHA will work with the Jockey Club in the development of their plans, to ensure that the long-term interests of the sport – and its grassroots – are best served in the coming years, with a particular focus on safeguarding the future health of jump racing. It is early days yet, but should Kempton close, its jump fixtures will remain as jump fixtures,” said Nick Rust, Chief Executive of the BHA.

“The proposed Newmarket All Weather track would need to go through the usual processes for the addition of new racecourses, which includes the submission of an application for approval by the BHA Board, and ensuring that the course would meet all the necessary licensing criteria,” added Rust.

Should the planning application go through, it won’t be until 2021 at the earliest that racing operations would cease at the racecourse. 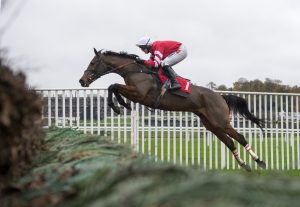 Up Next
No Gold Cup for Coneygree