Philippa Cooper stands down from Board

New Deputy Chairman to be appointed next month

Philippa Cooper, who was recently appointed Deputy Chairman of the TBA, has resigned from her position and from the TBA Board following a meeting on Wednesday.

Explaining her decision, she said: “A valuable opportunity to expand Normandie Stud has arisen quite unexpectedly, and I quickly realised that I needed to devote myself exclusively to this project. It is, therefore, with reluctance, that I tendered my resignation.”

TBA Chairman Julian Richmond-Watson, who was appointed to succeed Richard Lancaster at the AGM on July 7, commented: “It is with sadness that the board accepted Philippa’s resignation.

“She is passionate about the industry and in the relatively short time on the board she has made a valuable contribution to Board debates as well as giving her support to a number of the TBA’s initiatives.”

A new Deputy Chairman will be appointed in August but Cooper’s position on the Board will remain vacant until the next election in 2016. 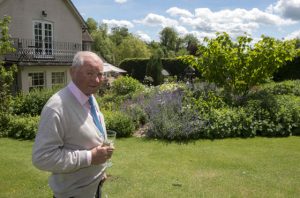 Up Next
A passion cultivated