Graham Wylie to step back from ownership
Stories

Persian King back to his best

Last year’s French 2,000 Guineas hero Persian King was far too good for his rivals on Sunday as he recorded a smooth success in the Group 1 Prix d’Ispahan at Chantilly.

The Andre Fabre-trained colt travelled well under jockey Pierre-Charles Boudot and soon took over the running from long-time leader Pogo just over two furlongs from home.

Boudot asked Persian King to quicken and the response was instant, leaving Stormy Antarctic to chase the four-year-old home in second, two lengths down, with a further one and a quarter lengths back to Pogo in third.

Anthony Stroud, representing part-owners Ballymore Thoroughbreds, told the Racing Post: “It’s been step by step and this was the plan. It’s always pleasing to get them back after being off for so long.

“Andre will talk to both of them [Ballymore Thoroughbreds and part-owner Godolphin] and then we’ll make a plan. But he could conceivably go for the Jacques Le Marois. The final decision will be left to the owners and the trainer.”

In the Group 2 Prix Robert Papin earlier on Chantilly’s card, promising juvenile The Lir Jet lost his unbeaten record when the Richard Hannon-trained Ventura Tormenta gained the verdict by a short-head in the six-furlong contest.

There was more for Hannon to celebrate at Newbury on Sunday when Happy Romance landed the spoils in the Weatherbys Super Sprint.

The daughter of Dandy Man had been sourced by Peter and Ross Doyle for £25,000 and carried the colours of the McMurray family, named in honour of husband and wife Ray and Claire’s 30th wedding anniversary.

Happy Romance is the first horse the family have owned and Ray said: “It’s the first time we’ve been able to come racing to see her. We can’t believe it. Oliver [Ray and Claire’s son] helped choose the horse and dragged me along. Richard has been fantastic, great to us, while Richard snr has some fantastic stories – he’s a great raconteur. We’re living the dream.”

Oliver McMurray added: “I like my horse racing and went through quite a few horses before we came to this one. I looked around a lot of trainers, but you need a bit of luck and it’s all come together with her.

“Dad was actually on holiday and I knew his details and email, so I registered his interest in the horse. He then rang me up from Italy and said, ‘Why the bloody hell have I just had a call from Richard Hannon about a horse?’

“Two weeks later we left the yard having bought this lovely little filly and the rest is history.”

Another Classic for Lyons

A month on from landing the first Classics of their careers with Siskin in the Irish 2,000 Guineas, Ger Lyons and Colin Keane secured a second on Saturday when Even So was an impressive winner of the Irish Oaks at the Curragh.

The daughter of Camelot came into the race off a hard-fought success in the Listed Naas Oaks Trial earlier this month. Keane sat quietly and waited until arriving upsides Cayenne Pepper before pulling clear to win by two lengths.

He said: “Her work early in the spring was very good and she was able to show her ability over this trip. I thought if we finished in the first three it would be a great run, but to win was a bonus.

“My filly travelled everywhere. I couldn’t believe how well we were going a furlong out. We’re having a great season and all the horses are running well. To have won two Classics is something you dream of.”

There is plenty of racing today with Ayr, Windsor and Ballinrobe staging Flat meetings and jumping action coming from Market Rasen and Gowran Park. 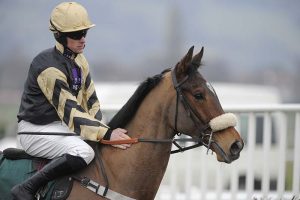 Up Next
Graham Wylie to step back from ownership