The British Horseracing Authority has confirmed the permanent raising of the minimum and maximum riding weights for jockeys on the Flat and over jumps.

In order to avoid any compression of the weight structure, which could reduce the competitiveness of British racing, maximum weights will increase in line with the rise at the bottom end. From the same dates the standard top weight on the Flat will increase from 10st to 10st 2lb, and from 11st 12lb to 12st over jumps.

The general increase of 2lb in the published weights was agreed by the industry’s Racing Group and ratified by the BHA Board and replaces the 3lb Covid allowance, introduced during the resumption of racing to support jockeys when use of racecourse saunas was not allowed.

The 3lb Covid allowance will remain in place until the revised weights structure is implemented.

A 3lb allowance for safety equipment, introduced following the requirement to wear a level 2 body protector, will remain in place, as will a further 1lb allowance for all Flat jockeys during the winter months to account for an extra layer of warming clothing, a provision that has been in operation since 2013.

In addition to today’s announced raising of the weights, the BHA’s Chief Medical Adviser, Dr Jerry Hill, will lead work on the creation of a plan to introduce individual minimum weights for jockeys.

Dr Hill said: “The closure of saunas on our racecourses represents a significant step forward for jockey wellbeing and a permanent raising of the minimum weight, while protecting competitiveness by raising the maximum weight, is the correct response to that development.

“I am grateful for the input received from the industry’s participants, and in particular the clear message sent by jockeys regarding their support to see the use of saunas on racedays come to an end.

“Our jockeys are athletes who should be primed to perform to the best of their ability like any other. Shedding pounds by dehydrating in a sauna minutes before being given the leg-up onto a horse is not the best way to ensure that is the case.”

In other news, Covid measures are set to be eased at racecourses in England from Thursday, January 27 in line with the lifting of government Plan B restrictions.

Face coverings will still be strongly recommended, particularly in close-contact operational areas such as the weighing room, parade ring and racecourse stables, but their use will no longer be enforced anywhere on the racecourse.

Racecourses in England will also be able to drop government-mandated Covid status certification, which currently applies to all fixtures attracting more than 4,000 racegoers. 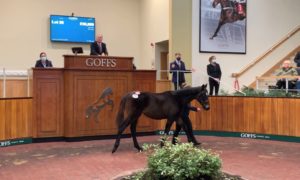