Shadwell to carry on under Sheikh Hamdan’s daughter
Stories

Based in Newmarket, he will take up the new role of Sales Executive

The Castlebridge Consignment has appointed Patrick Diamond to its team in the new role of Sales Executive.

Diamond, whose father Peter was Stud Groom to Lady Tavistock at Bloomsbury Stud, gained experience at Weatherbys, Trickledown Stud, and Arrowfield Stud in Australia before completing the Irish National Stud Course in 2014.

He previously spent six years at the Irish National Stud in the role of Nominations and Bloodstock Management where he was responsible for trading nominations, the management of bloodstock and the sourcing of new stallion prospects including Irish Derby winner Phoenix Of Spain.

Based in Newmarket, Diamond’s role will see him be front-of-house at sales in England and Ireland as well as developing relationships with new and existing clients. He will also explore new opportunities for Castlebridge alongside nomination sales in his new position.

Bill Dwan of Castlebridge said: “It’s great to have Patrick come on board. We recognise that the bloodstock world is constantly evolving and in addition to his existing experience, we value having a new younger member of the team to connect with the next generation of those coming into the bloodstock industry.”

Diamond added: “I am thrilled to be joining the Castlebridge team and want to thank Andrew Mead and Bill Dwan for the opportunity. Castlebridge have established themselves as Europe’s leading sales consignor which is tremendously exciting.” 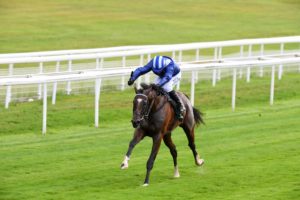 Up Next
Shadwell to carry on under Sheikh Hamdan’s daughter