The racing world has been left shocked and saddened by the death of Pat Eddery at the age of 63.

One of the finest and most successful jockeys ever to ride in Britain, Eddery won the championship on 11 occasions and captured 14 British Classics, including the Derby on three occasions with Grundy (1975), Golden Fleece (1982) and Quest For Fame (1990).

He was associated with a plethora of brilliant performers, none more so than Dancing Brave, whose devastating turn of foot secured a famous triumph in the 1986 Prix de l’Arc de Triomphe against a top-class field.

The list of big-race winners is long and includes victories on Turf greats such as El Gran Senor, Pebbles, Zafonic and Bosra Sham, plus future stallion giants Storm Bird, Sadler’s Wells and Danehill.

Eddery, a native of County Kildare, partnered over 4,600 winners in total, recording his 4,000th domestic win on Silver Patriarch in the 1997 St Leger, his final Classic strike.

His training career failed to match the spectacular heights of his time in the saddle however he did enjoy a Group 1 victory courtesy of Hearts Of Fire in the 2009 Gran Criterium at San Siro.

A full obituary will appear in the December issue of Thoroughbred Owner & Breeder magazine. 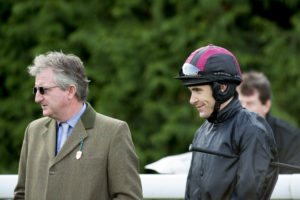 Up Next
Coleman's just mustard