Passion of the heartland

More than a century has passed since the first horse races – contests organised by the nearby military academy to test their soldiers’ horsemanship – were run at Stromsholm.

In 1971, the Swedish amateur riders’ club decided to raise the stakes by writing to Mirabel Topham, then doyenne of Aintree, to ask if they could apply the name ‘Grand National’ to a 2m5f steeplechase on the country’s biggest day of jump racing, held annually in the national park alongside Stromsholm Castle.

Mrs Topham’s positive response included the donation of a large silver trophy to be awarded to the winner. Quite what she would have made of the current tradition of filling the prize with champagne to be passed among the thirsty hordes at the post-racing party is anyone’s guess, but the Swedes are proud of this custom and nobody present is allowed to refuse a swig.

Some familiar names grace the roll of honour of the Svenskt Grand National: amateur rider Chris Collins won the second and third runnings, and Andy Turnell, Rupert Wakley, David Dunsdon and Mattie Batchelor have all added to the run of successful British jockeys. Stan Mellor and Arthur Stephenson have each trained the winner of the race, but the most recent UK trainer to have claimed the Topham Trophy is Michael Scudamore. His son Peter, a regular visitor to Scandinavia in his riding days, and partner Lucinda Russell have brought Ormello to Sweden for the second time, hoping to emulate Scudamore senior’s feat.

That ‘Scu’ and his former weighing-room colleague John Francome are in town for the big event has caused great excitement among the local racing fraternity. Bjorn Zachrison, former champion amateur jockey and the ‘father’ of the Svenskt Grand National, refers to the guests of honour in his welcome speech as “two icons of British jump racing”. He is equally welcoming to Cheltenham’s Managing Director Edward Gillespie, who receives a standing ovation merely for turning up at dinner. Gillespie is in Sweden as an ambassador of the newly-launched Crystal Cup to see if the Stromsholm race may qualify for the cross-country challenge series, the final of which is run at Cheltenham’s December meeting.

Thirty-degree heat in the week building up to the race has not helped the army of volunteers who have been hard at work laying plastic rails around the entire course and ensuring that the 4,000 racegoers will be well catered for in what is essentially a field.

A course walk for connections and officials takes place in sweltering heat on the afternoon before the race. Though the tight left-handed track is well maintained and is only used for one day each year, there’s no denying the fact that the going is on the concrete side of firm. 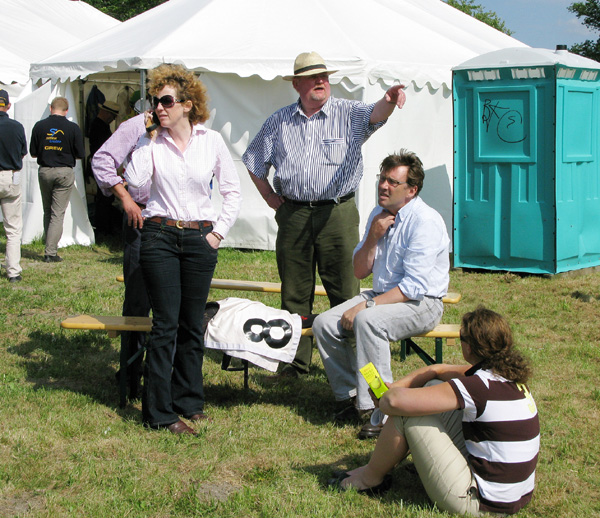 Russell, Scudamore and the enthusiastic bunch of owners of the sole British challenger Ormello opt to soothe their concerns with a gin and tonic back at their commandeered villa on a former military stud farm overlooking the castle. If quiet prayers were muttered, the god of steeplechasing answered them almost at once, with a prolonged deluge overnight giving way to a cooler day for racing and near-perfect going.

The relief is palpable but, while The Ormello Way syndicate is here to avenge the nine-year-old’s second-place finish in 2009, having fun is very much the emphasis of their weekend.

“I’m always on the lookout for this sort of horse,” says Christopher Leigh, who selected Ormello and is a member of the syndicate. “We really enjoy going around Europe taking part in the cross-country races and the team here has been so lovely and hospitable.”

One person who would be keen not to see the Topham Trophy leave for Scotland is Dennis Persson, the only trainer in Sweden to focus solely on jumpers, and whose yard is adjacent to the course. His passion for the race is unswerving and he has won it twice – in 2008 and 2010 – with the Danish-bred Lights Out, who represented Persson in the Glenfarclas Cross-Country Chase at Cheltenham in 2009. The Swedish authorities need look no further for the ideal representative to enhance the profile of the country’s racing scene.

“The Grand National means everything to me,” says Persson, whose perfect English carries a distinct Irish twang – a legacy of time spent working for Willie Mullins. “I could see it going downhill so we asked Svensk Galopp to become involved for the first time this year as the amateur riders’ club was too small.”

Persson is one of a 35-strong voluntary committee for the Grand National meeting, alongside his brother Johan, the clerk of the course. Their late father Tore and brother Dicke, a former champion amateur jockey, are commemorated by a novices’ chase named in their honour on National day.

Persson adds: “This area is renowned for horses – we like to think of it as our Newmarket. The meeting is becoming more professional with Svensk Galopp’s involvement, but it retains its amateur charm.”

The most charming aspect of the day for a spectator who spent the previous weekend at Epsom and will fly back just in time for the start of Royal Ascot, is the pervading air of ‘anything goes’. There’s a VIP area, laid on for foreign visitors and Sweden’s answer to Michael Owen, but it’ s not enclosed and is only found after negotiating a slalom course of picnic blankets and dogs in shopping baskets.

While the Grand National is the feature of the nine-race card, there is a contest to suit almost every taste: pony racing, Arab racing, hurdlers, chasers and the gentleman amateurs of the Fegentri series all have their turn in the spotlight. 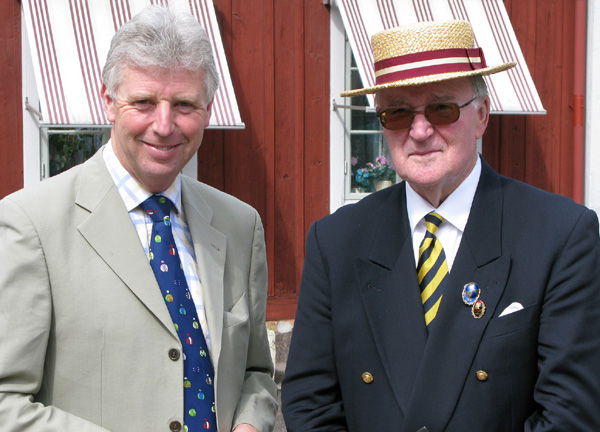 “This day is proof of the wonderful passion and eccentricity of jump racing,” says Edward Gillespie, while staking a few kronor on his new favourite jockey Fanny Olsson, who rewards his enthusiasm with victory in the lady riders’ race.

“This is real horse country and everyone knows what they are looking at. There’s no need for sideshows, the focus is very much on the racing and to think that this is all put up for one day is staggering. The track is in good condition and, though jump racing is not that big in Sweden, they are working hard with neighbouring countries to improve their profile.”

By the time the big race is run, the Svenskt Champion Hurdle has already fallen into German hands, the Elfie Schnakenberg-trained Nuevo Leon having won under Czech jockey Vlastislav Korytar, who looks suitably puzzled to be handed a copy of John Francome’s latest book as part of his prize. Presumably Storm Rider has not yet been translated into Czech.

Schnakenberg is not leaving anything to chance in her attempt to wrestle the Topham Trophy from the locals and has loaded her lorry with three challengers for the National, including the 2009 winner Gluckstag, who is to be partnered by France’s Fegentri representative, Edouard Montfort. The successful trainer is a defiant non-speaker of Swedish and English but she does manage a mumbled “bon chance” as the aristocratic-looking Montfort is legged-up.

As it transpires, luck is not required. The 11-year-old flies home to claim his second National from stablemate Alanco. Ormello finishes a close-up fourth and before the final race of the day has been run his owners are already discussing buying another horse with which to return next year. 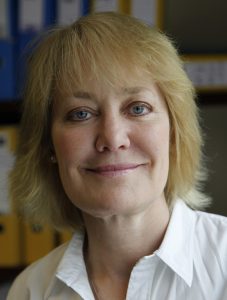 Up Next
New ROA President calls for fixture review