Top staying hurdler Paisley Peak is set to make his seasonal reappearance in the Grade 2 Ladbrokes Long Distance Hurdle (3m) at Newbury on Friday, a race the gelding won 12 months ago.

The prolific eight-year-old, trained by Emma Lavelle for Andrew Gemmell, racked up seven wins in a row between October 2018 and January 2020, including the Stayers’ Hurdle at the Cheltenham Festival in 2019.

Paisley Park’s unbeaten run came to an end in this year’s Stayers’ Hurdle when he could only manage seventh behind shock 50-1 victor Lisnagar Oscar, who is also set to take his chance at Newbury.

The field of ten for Friday’s feature contest sees Sam Spinner back over hurdles after he failed to complete in the Charlie Hall Chase behind Cyrname, while promising six-year-olds Thyme Hill and McFabulous add spice to an intriguing event.

Earlier on the card, just three runners race for a first prize of £17,000 in the Grade 2 novices’ chase over two and a half miles.

The Colin Tizzard-trained Fiddlerontheroof, who made hard work of landing a beginners’ chase at Exeter earlier this month, dual chase winner Getaway Trump, representing the Paul Nicholls stable, and Caribean Boy, last seen scoring over fences at Haydock in February for Nicky Henderson, are the trio in question. 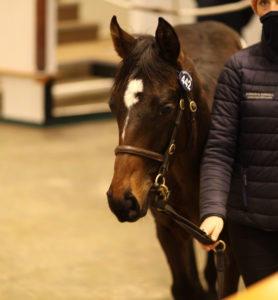 Up Next
Median jumps by 60% at encouraging Tatts Foals opener