“Any kids out there that want to do it, they can do it because I did it” 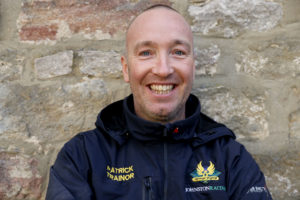 Paddy Trainor, a popular face within racing and a valued team member of Mark Johnston’s yard for the past 23 years, was crowned Employee of the Year at the annual Godolphin Stud and Stable Staff Awards during a virtual ceremony on Monday evening.

Also a popular winner of the rider/groom category, Trainor was praised by the judges for his ‘inspirational, positive personality….and as a character with a great sensitivity’.

“This means the world to me,” he said. “There is a fantastic team behind me.

“I grew up wanting to work with horses and horses are my life – any kids out there that want to do it, they can do it because I did it. Horses keep me going every day. They are my life, they carried me and I hope to carry them.”

With 20 years at Mark Johnston’s under his belt, Trainor has naturally been associated with numerous good horses.

“I led up Dee Ex Bee to run second in the Derby, and that was great,” he said. “And working with Subjectivist and top people like Joe Fanning has been great as well.”

With £128,500 in prize-money available, the Godolphin Stud and Stable Staff awards recognise and celebrate the remarkable dedication, hard work and passion of the people who provide the best possible care to horses and people.

Trainor will receive a £10,000 prize for himself, as well as a further £10,000 to be shared among their colleagues at Johnston Racing and the perpetual Godolphin Trophy.

Tom Messenger, assistant trainer to Dan Skelton, came out on top for the Leadership Award. In what was highlighted by the judges as an ‘extremely tough category’, Messenger was described as a ‘thoroughly deserving’ winner.

“It’s very humbling to win it,” said Messinger. “I’ve been in the role for six years now and feel I’ve improved in my job every year.

“You never know what people have got going on in my lives so you have to be understanding, you’re trying to bring the best out in people at work and then they’ll bring out the best in the horses.

“It’s a fantastic and young team here, they make my life a lot easier. We get on really well, every day is like going to work with your mates.”

Elouise O’Hart, who works for Ed Walker in Lambourn, won the David Nicholson Newcomer Award while Dulcie Smith from North Farm Stud came out on top in the Stud Staff category.

“It means a lot,” said O’Hart of her award. “I’ve been in racing for two years. I love working with animals, they’re amazing, and the team here too are amazing.”

The Dedication category was awarded to Alison West from James Ferguson Racing. West, who formerly worked for Sir Mark Prescott, was identified by the judges as someone who ‘demonstrated a steely determination…was quietly authoritative and hugely respected as a mentor’.

“I’m amazed,” she said. “I’ve work with a fantastic team of people and I’ve met so many wonderful people in my career.

“At Sir Mark’s, I remember our first Group 1 winner Pivotal. That was amazing, he won the Nunthorpe by a short head. And quite a few years later, we had Marsha in the Nunthorpe again.

“I’m now with James and we had our first Group 1 winner [El Bodegon] last year.

“I’ve been very lucky, I’ve met so many good people and I’ve been truly blessed.”

The Community Award was won by Freedom Zampaladus of the Urban Equestrian Academy.

Nick Luck, Chair of the Judging Panel, said: “It is an honour and a pleasure to get to know the nominees for each category and picking winners from among them is an exceedingly difficult task, as everybody who has been nominated is most deserving of their moment in the spotlight.“Paddy is an incredibly deserving winner of the Employee of the Year Award and all of his colleagues at Johnston Racing will rightly feel very proud this evening.“My congratulations go to all of this evening’s winners, as well as those nominated and I would also like to thank my fellow judges for their work in this process.”Julie Harrington, Chief Executive of the BHA, said: “One of the great pleasures of my job is getting to spend time with the nominees for the Godolphin Stud & Stable Staff every year and my congratulations go to everybody considered for an award this evening.“The awards are special, not only because they shine a light on the incredible work done by racing staff up and down the country, but because in being nominated, those individuals are given an indication of the high regard in which they are held by their peers.“Everybody nominated tonight has done their bit to make horse racing a better sport and for that we are all extremely grateful. Measures have remained in place on racecourses throughout the last 12 months to reduce the risk of spreading COVID-19 and, as has been the case throughout the pandemic, those impacted have adapted their working style admirably and ensured that our sport has continued uninterrupted since its resumption in June 2020.“My heartfelt congratulations go to all of tonight’s winners and nominees, in particular Paddy Trainor, and my thanks go to our sponsor Godolphin and the judging panel for their hard work.” 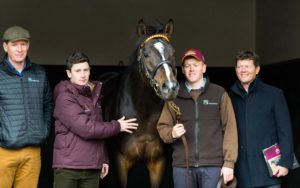 Up Next
Positive start for Kameko