Well-related fillies were the order of the day during the opening session of Book 1 of the Tattersalls October Sale in Newmarket on Tuesday.

On a day where trade had a selective feel to it, several of the sport’s major owner-breeders came to the fore to purchase with an eye on the future – a heartening development considering that they included Cheveley Park Stud and Juddmonte Farms, two operations who have suffered the sad loss of their principals over the past 12 months.

Indeed, Cheveley Park Stud and Juddmonte Farms clashed on the day’s top lot, a No Nay Never sister to Coventry Stakes winner Arizona offered by Stauffenberg Bloodstock. Interest from Kerri Radcliffe, Ross Doyle and James Horton helped push the price up towards the 750,000gns but ultimately matters rested between Cheveley Park Stud and Juddmonte Farm’s stud director Simon Mockridge, with the former eventually coming out on top at 825,000gns.

It has been a sad year for Cheveley Park Stud following the death of its co-owner David Thompson in late December. The Thompsons purchased the Newmarket-based property back in 1975 and have enjoyed exceptional success since then, notably as the breeder of and latterly home to Britain’s leading sire Pivotal. Tuesday’s 825,000gns investment sent out a firm signal that there remains a real desire within the family to dine at the sport’s top table.

“She was the one we really wanted,” said Patricia Thompson. “She is a beautiful filly.

“We were looking for a filly for the broodmare band. We will get her broken in and think about trainers afterwards.” 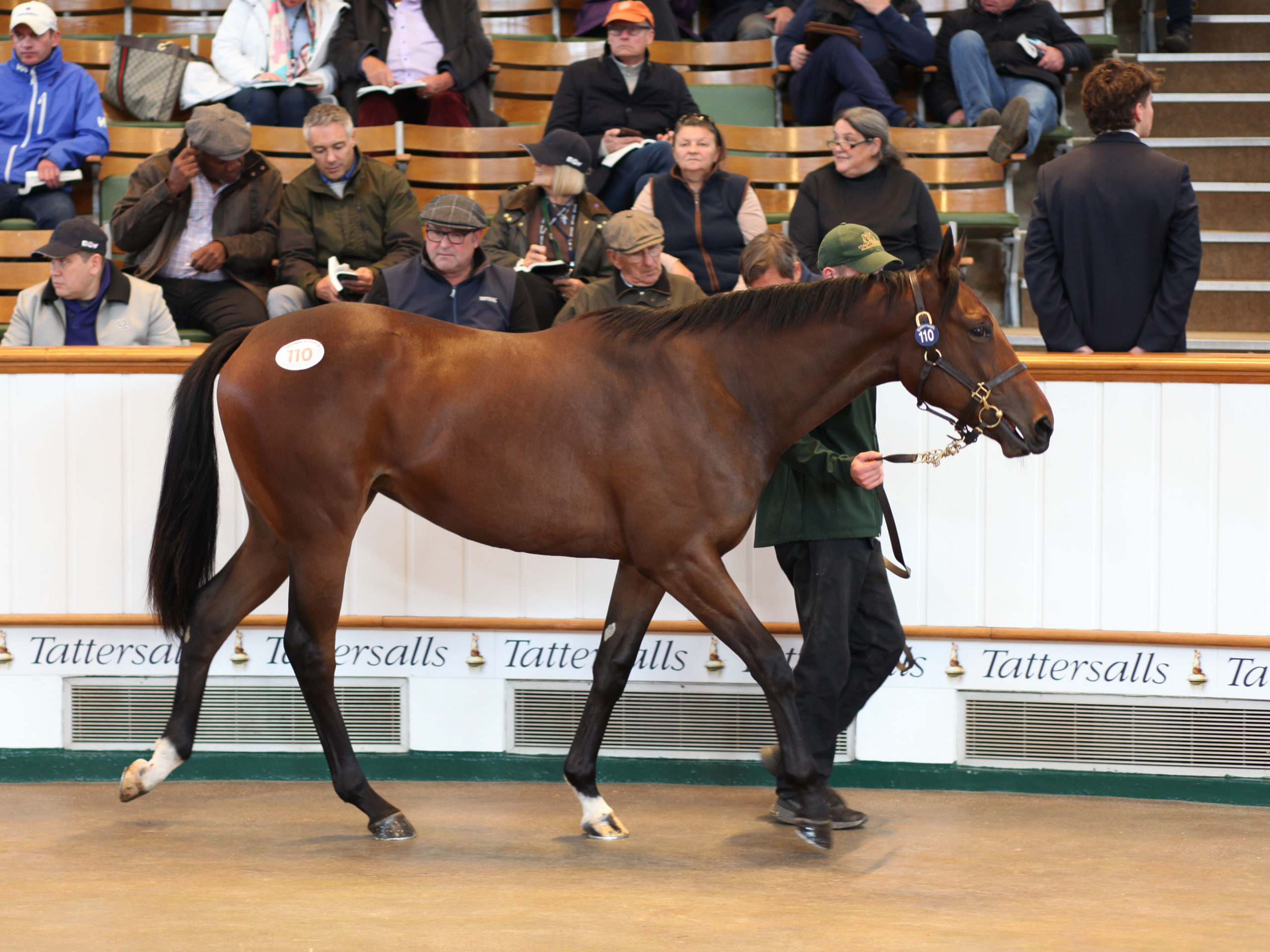 This No Nay Never sister to Arizona will race for Cheveley Park Stud after selling for 825,000gns. Photo – Tattersalls

For vendor Philipp Stauffenberg, the sale affirmed the high regard he had for the filly, something that pushed him to spend €260,000 on the youngster last November when she came up for sale at Goffs.

“She was an outcross for the big farms, she was a top horse for every breeder,” he said. “The page was there but I wouldn’t have bought her unless she had been a good physical.

“The racecourse is the primary goal. Today is just one step and hopefully she will prove that she is worth what Cheveley Park have spent. It is wonderful to see Mrs Thompson spend on a filly like that as it is a future investment. It is very encouraging for the industry.”

Bred by Stephen Sullivan, she is the sixth foal out of the English Channel mare Lady Ederle. A daughter of Paul Cole’s Italian champion Bright Generation, she is the sixth foal out of her placed dam, who sold for only $27,000 to Milestone Farm on her last trip through the ring in 2012. Already a close relation to Dabirsim, her value has soared immensely since then thanks to the achievements of her earlier foals Arizona, whose career highlight came in the Coventry Stakes, and Nay Lady Nay, winner of the Grade 2 Mrs Revere Stakes in the US.

Juddmonte Farms didn’t waste much time in making amends, however, going to 800,000gns for a Dubawi filly out of German Group 2 winner Longina.

Bred by Al Shahania Stud and from the family of top German performers Love Academy, Lando, Laroche and Laccario, she was the jewel within the opening draft belonging to Newsells Park Stud, whose successful day consisted of the sale of four yearlings for a total of 1,225,000gns.

The purchase was statement of intent from Juddmonte Farms, another operation to have endured a sad year after the loss of Prince Khalid Abdullah in January.

“The No Nay Never was a beautiful filly and we went strong on her, but not strong enough,” said Mockridge. “But isn’t it wonderful to see Mrs Thompson here buying a filly like that?

“The Dubawi was a very, very nice filly. Then as a Dubawi she’s a great outcross for our stallions down the line. She’s a great, free-moving filly and she showed very well.

“The positive news is that Prince Khalid’s family wish to continue to develop Juddmonte and we need to buy some outcross fillies, and that is the reason why we are here.  The No Nay Never filly and this filly fitted the bill. Fillies like this are very rare and you have to be competitive.”

He added: ”It’s been a tough year losing Prince Khalid but the family are committed to the stud and to the future. The Prince left a great legacy, we have a great stallion base and now it’s up to us to continue it.”

With two daughters of its young sire Expert Eye also added during the day, Juddmonte Farms spent a total of 1,230,000gns on three lots. 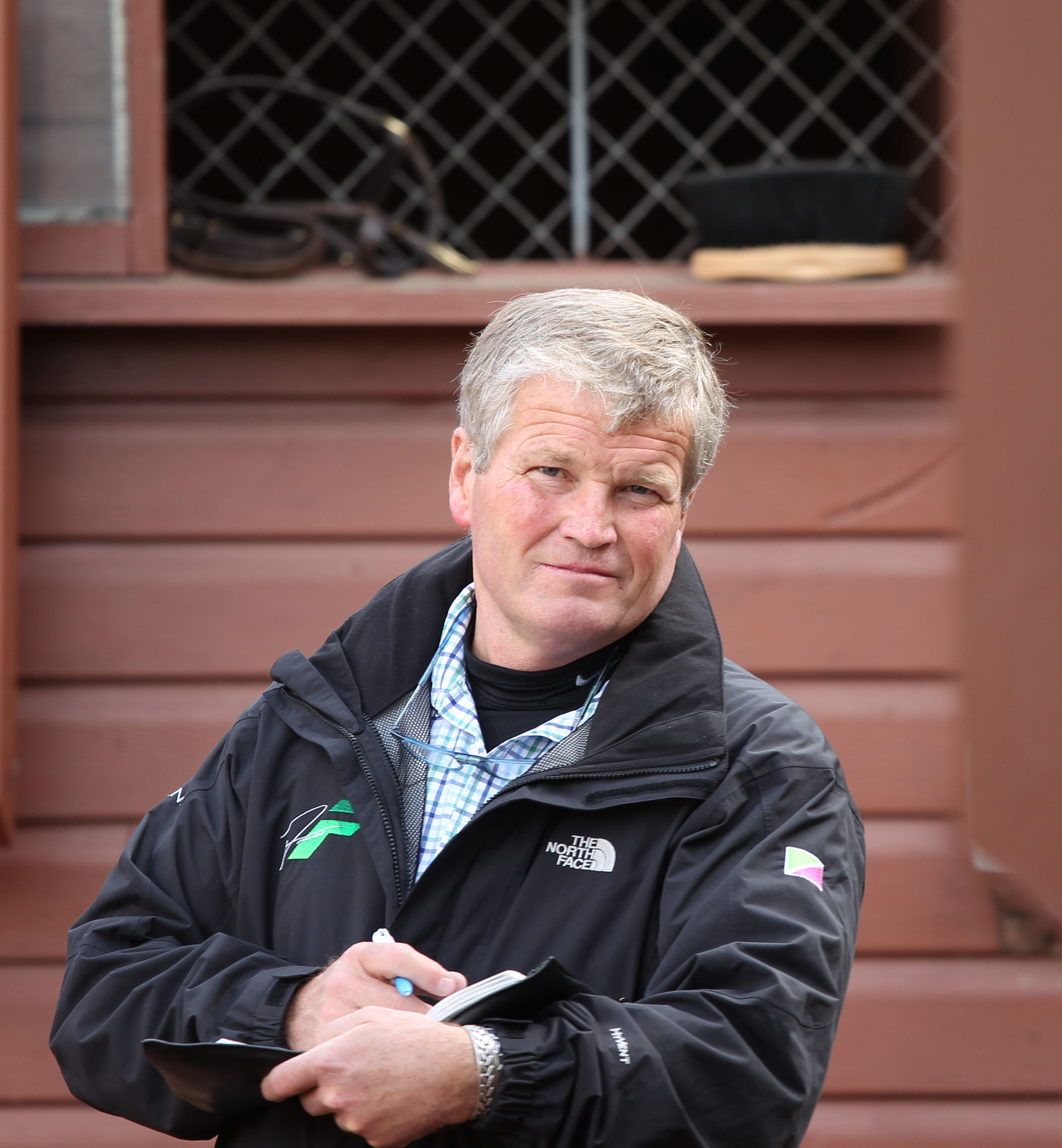 A memorable day for the Player family’s Whatton Manor Stud consisted of the sale of three yearlings within the space of ten lots. Not only did each change hands but they included a personal best for the farm in a Lope De Vega colt who sold for 725,000gns to Anthony Stroud, signing on behalf of Godolphin.

Bred by Andrew Stone’s St Albans Bloodstock, he is the first foal out of the owner’s homebred God Given, who was Luca Cumani’s final Group 1 winner when successful in the 2018 Premio Lydia Tesio. In turn, the daughter of Nathaniel is a half-sister to multiple Group 1 winner Postponed.

“We aspire to sell at Book 1 and we were delighted to be able to bring such nice horses here,” said the stud’s Ed Player. “We’re very lucky that Andrew Stone has entrusted us with God Given. She’s a beautiful mare. We used to have [third dam] Bianca Nera on the farm as well so its full circle.

“This colt is such a good looking horse. He hasn’t put a foot wrong and he walks for fun. The team have done an amazing job with them. This is the best price we’ve ever had – we had a Cadeaux Genereux a long time ago who made 600,000gns but that was before my time – and he’s the owner’s highest price as well.”

God Given, one of three mares owned by Andrew Stone, has a Dubawi colt foal and is in foal to Siyouni. 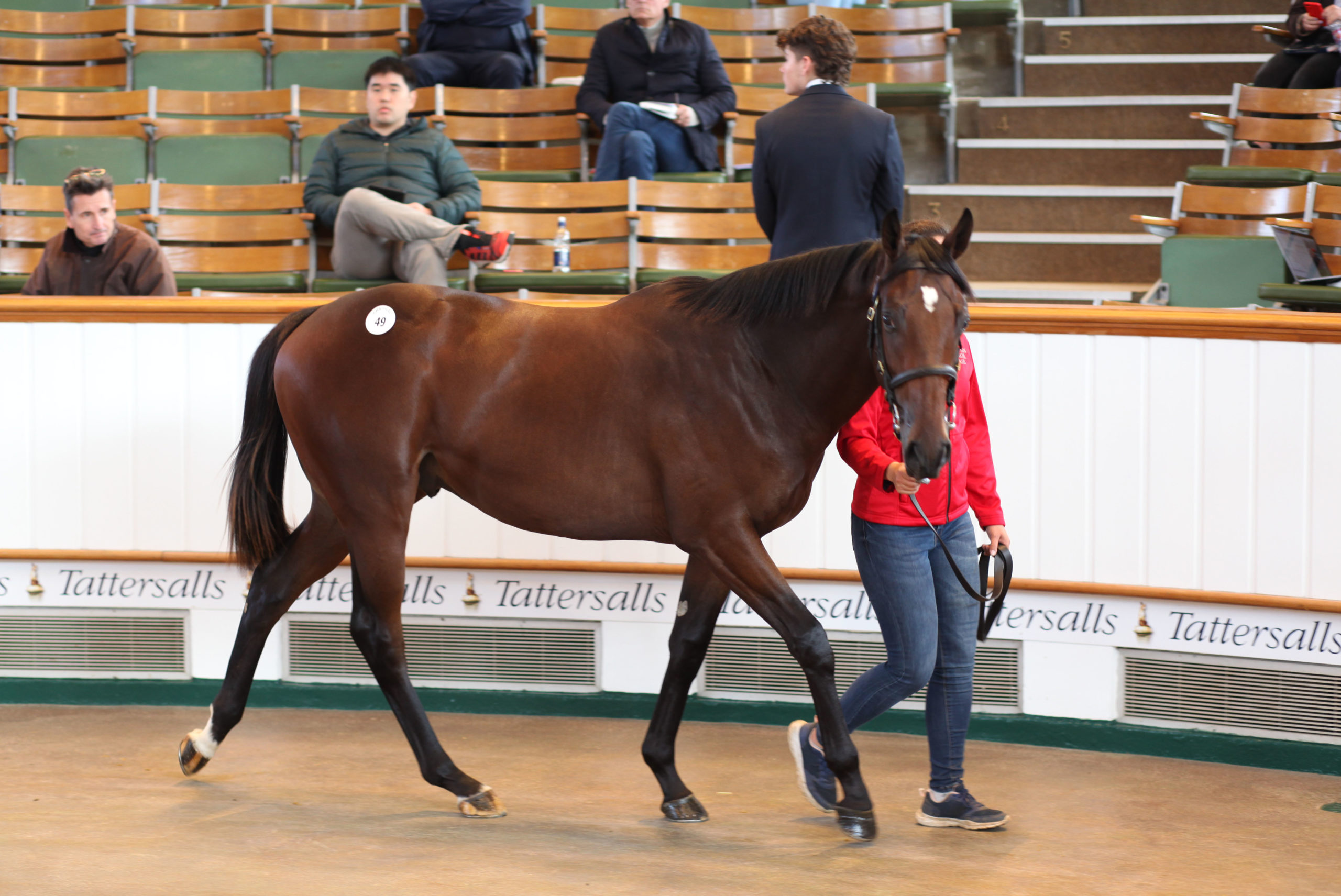 The Lope De Vega colt was one of five purchases made during the day by Godolphin, whose principal, Sheikh Mohammed, was in attendance.

The operation was quick to strike, going to 525,000gns for the very first lot into the ring, a Kingman colt bred by Andrew Black’s Chasemore Farm out of its Listed winner Eartha Kitt. They later also went to 600,000gns for a Dubawi colt from the family of Bondi Beach and Mekong River sold by The Castlebridge Consignment on behalf of breeder Newtown Anner Stud.

Coolmore on the hunt

It was no surprise to see Coolmore on the hunt for Galileo yearlings throughout the day, with MV Magnier coming away with a half-brother to Kemari at 625,000gns, a daughter of 1,000 Guineas heroine Miss France at 625,000gns and a son of 1,000 Guineas runner-up Lightning Thunder at 600,000gns.

Magnier outbid Amanda Skiffington to secure the Kemari relation, a son of the St. Simon Stakes winner Koora who was bred and sold by Luca and Sara Cumani’s Fittocks Stud. While it’s a family that has long been associated with Fittocks, the Coolmore team have also enjoyed success out of it through Koora’s half-brother Milan, the 2001 St Leger hero for Aidan O’Brien who has since become an important jumps stallion for Coolmore.

The sale continues on Wednesday at 11am. 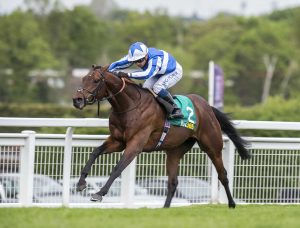 Up Next
Bangkok retired to stand at Chapel Stud