Hurricane Fly, diminutive in stature but a colossus by reputation, has been retired from racing at the age of 11.

Hailed by his trainer Willie Mullins as “the horse of a generation”, Hurricane Fly started his career racing on the Flat in France and was a smart enough performer on the level to get the better of subsequent Champion Stakes winner Literato when winning the Listed Prix Omnium II at Saint-Cloud as a three-year-old.

However, it was in the National Hunt field where his lofty reputation was hewn over eight fruitful seasons with Ireland’s champion trainer after being purchased privately by Harold Kirk to race for owners George Creighton and Rose Boyd. He started as meant to go on, with a 12-length maiden hurdle victory at Puncestown in May 2008. Twenty-three victories over hurdles would follow, with 22 coming at Grade 1 level.

Though often considered not to be at his best around the undulations of Cheltenham, he nevertheless won two Champion Hurdles and was placed in another three, most recently when third behind Faugheen and Arctic Fire this year to give his trainer an historic trifecta in the race. It was at Leopardstown where he truly came alive, recording a record-breaking five consecutive Irish Champion Hurdle victories between 2011 and 2015. He also won three Rabobank Champion Hurdles at the Punchestown Festival.

Bred by the Italian operation Agricola Del Parco, Hurricane Fly is a son of the Kenmare mare Scandisk and was sold as a yearling at the Goffs Orby Sale for €65,000 to Raoul Temam, who raced him initially in France.

Paying tribute to the multiple champion hurdler, his subsequent owners George Creighton and Rose Boyd said in a statement: “The Creighton and Boyd families have been so privileged to own such a champion. He has provided us with so much joy for so long and we’re delighted to retire him at this time.

“Of course a very big thanks must go to the family that is the Mullins yard, Harold Kirk, Gail [Carlisle, Hurricane Fly’s rider/groom], Paul [Townend] and Ruby [Walsh], to name a few. The door was always open to all our family members so they could be a part of this tremendous success story.” 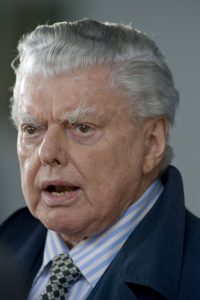 Up Next
Bart Cummings dies at 87