The option of Belgium as an alternative to France for British trainers seeking more running opportunities, and a slice of adventure to boot, has recently increased by 100%, with the country now able to boast two fully functioning racecourses.

There are now two racecourses operating in Belgium

Ostend swung back into action on June 25, having not staged racing for nearly four years, joining Mons-Ghlin in offering a venue quicker to reach for trainers in the south-east of England than tracks in the north of the country.

Constructed in 1883 at a superb seaside location with a grandstand that backs onto the beach, Ostend has lain dormant since September 2008, but race conditions were recently published for an 11-week summer season of evening meetings, with – the last week in August apart – racing taking place every Monday up to and including September 3.

The meetings will be shared with harness racing, usually with four contests per night for each code. The thoroughbred events will take place on a flat right-handed turf course.

The course is heavily dependent on sponsorship and, at the time of writing, precise levels of prize-money had been announced only for the first two fixtures. On opening night, first prizes ranged from €3,000 down to half that amount.

The feature race of the season remains the Prix Prince Rose. Formerly known as the Grand Prix International d’Ostende and boasting £25,000 in prize-money fully 80 years ago, it will be much less valuable this time around on July 23, and it is now a ten and a half furlong handicap.

Despite the lack of lucre on offer, British owners would be assured of a memorable day out at a famous beach resort, and Marcel de Bruyne, Director of the Belgian Jockey Club, is keen to welcome British visitors.

“Ostend is less than 60 miles from Calais and so, using the Channel, is under two hours from Folkestone,” he enthused. 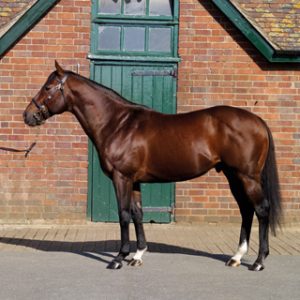 Up Next
Irish sale leads to Indian Grade 1 success