Building on some impressive results in 2012, this year’s Orby Sale at Goffs concluded on Thursday with a €2.85 million Montjeu colt out of dual Classic heroine Finsecal Beo as the jewel among an impressive array of yearlings on offer in Ireland.

MV Magnier, standing with his father and other representatives of the Coolmore team, saw off a determined challenge from Ross Doyle to secure the sale-topping colt, who became the most expensive yearling sold in Ireland since Shergar’s son Authaal fetched Ir£3.1 million in 1984. That colt went on to win the Irish St Leger and by all rights the star of this season’s yearling season should follow a similar path with Classic winners as both parents.

The colt was sold from Michael Ryan’s Al-Eile Stud in Waterford and is the farm’s sole yearling for sale this year.

“Finsceal Beo has never let me down,” said Ryan, who bought the daughter of Mr Greeley as a yearling for €340,000 before she won three Group 1 races, including the English and Irish 1,000 Guineas, with a narrow defeat by Darjina in the French equivalent sandwiched between the two.

“We’d have been delighted if the colt had made even €1 million. His sales price was as much of a surprise as when his mother won the Prix Marcel Boussac but he’s a gorgeous colt. He’s like a good-looking woman – people turn sideways to see him,” Ryan added.

All told, five yearlings made €500,000 or more at Goffs, the other four all being fillies, headed by a Galileo half-sister to Group 1 winner and freshman sire Lord Shanakill, who was also bought by Coolmore for €680,000.

Peter and Ross Doyle had to dig deep for an Acclamation filly out of the Galileo mare Galistic who had cost Timmy Hyde €42,000 as a foal but was knocked down on Thursday for a staggering €520,000. Since publication of the catalogue, her three-year-old half-sister Guinnevre has won a Listed race in Germany, while Hala Hala, the two-year-old out of the mare, has scored twice for Michael Bell.

Events in Kill over the two days were described by a delighted Goffs Chief Executive Henry Beeby as “extraordinary” as an international cast of buyers combined to restore the buzz to Ireland’s major Flat yearling auction.

He said: “The top price was obviously a highlight but the Orby Sale has again proved itself as a major sale with sustained demand for the wonderful selection of some of the best of the 2012 crop as illustrated by the improved clearance rate of 87% from a larger catalogue.

“It is always a challenge to better a really good sale and it should be remembered that Orby 2012 was a spectacular success with a 47% leap in average that allowed it to return the most impressive statistics of any sale last year. So to build on that with an average that has advanced by another 28% is especially pleasing and we would thank our vendors most sincerely for trusting us with their superb yearlings.” 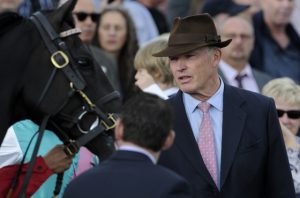 Up Next
Champion message