The owner-breeder was speaking after another of horses, Cracksman, was crowned the joint Longines World’s Best Racehorse

While Anthony Oppenheimer said goodbye to Cracksman at the end of 2018 as stud duty beckoned for the son of Frankel, the owner-breeder is full of anticipation with Cracksman’s stud mate Golden Horn set to be represented by his first two-year-olds in 2019.

Those exploits saw the colt retire to Dalham Hall Stud to stand at an opening fee of £60,000 in 2016. The results of those coverings are now two-year-olds, who will bid to get their sire off to a flying start in his stallion career.

Oppenheimer said: “We’re very excited. John Gosden came back from seeing Malcolm Bastard, who breaks my horses, and some of the Golden Horns there now look fantastic.

“Some people are now going to Malcolm’s to have a look at the Golden Horns because the reports about them make his stock very exciting.

Golden Horn, winner of the Derby and Prix de l’Arc De Triomphe, strides out @DarleyStallions Dalham Hall Stud. The son of Cape Cross will be represented by his first two-year-olds in 2019 pic.twitter.com/y2a81ydTiD

“I’m going to have four Golden Horns run for me this year including one who is very fast out of a fast mare.

“I actually bought one of his, a colt. I don’t buy horses ever really but I just thought as it was his first crop, I’d support him.”

Cracksman was recognised for his scintillating back-to-back victories in the British Champion Stakes and his jockey, Frankie Dettori, was on hand, along with Oppenheimer, to receive the prize. 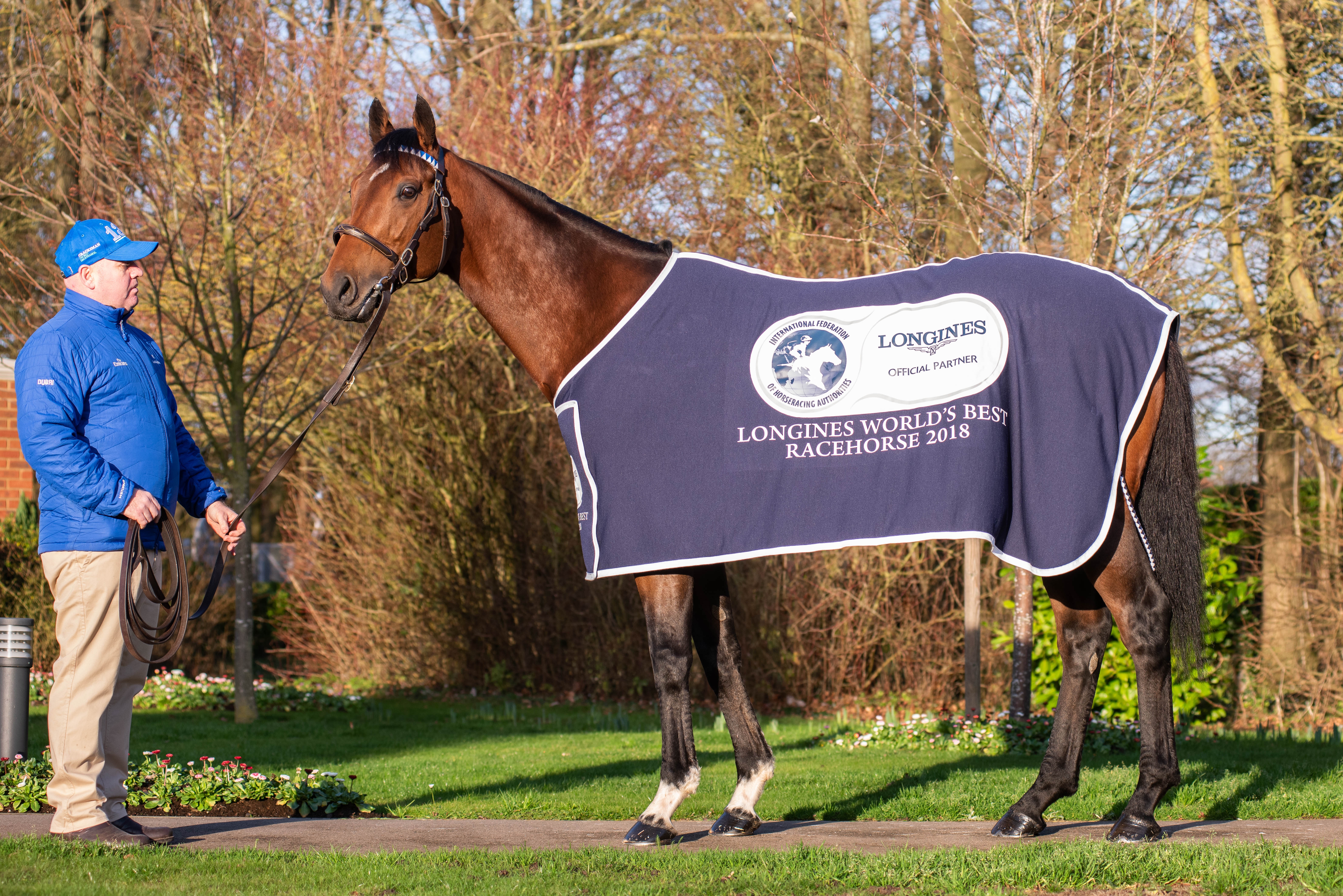 “Cracksman is an amazing horse who I’ve ridden for two years,” Dettori said. “In the 21 years of my riding career he’s probably the horse with the longest stride I’ve ever ridden.

“His two performances in the Champion Stakes were unbelievable. He’s done nothing but great things in his career and I’m going to miss him.”

Australia’s darling Winx had a phenomenal 2018 that culminated in a fourth straight victory in the Group 1 Cox Plate at Moonee Valley.

The daughter of Street Cry had finished third in 2016 and second in 2017 and was able to go one better for 2018 by sharing top billing with Cracksman. 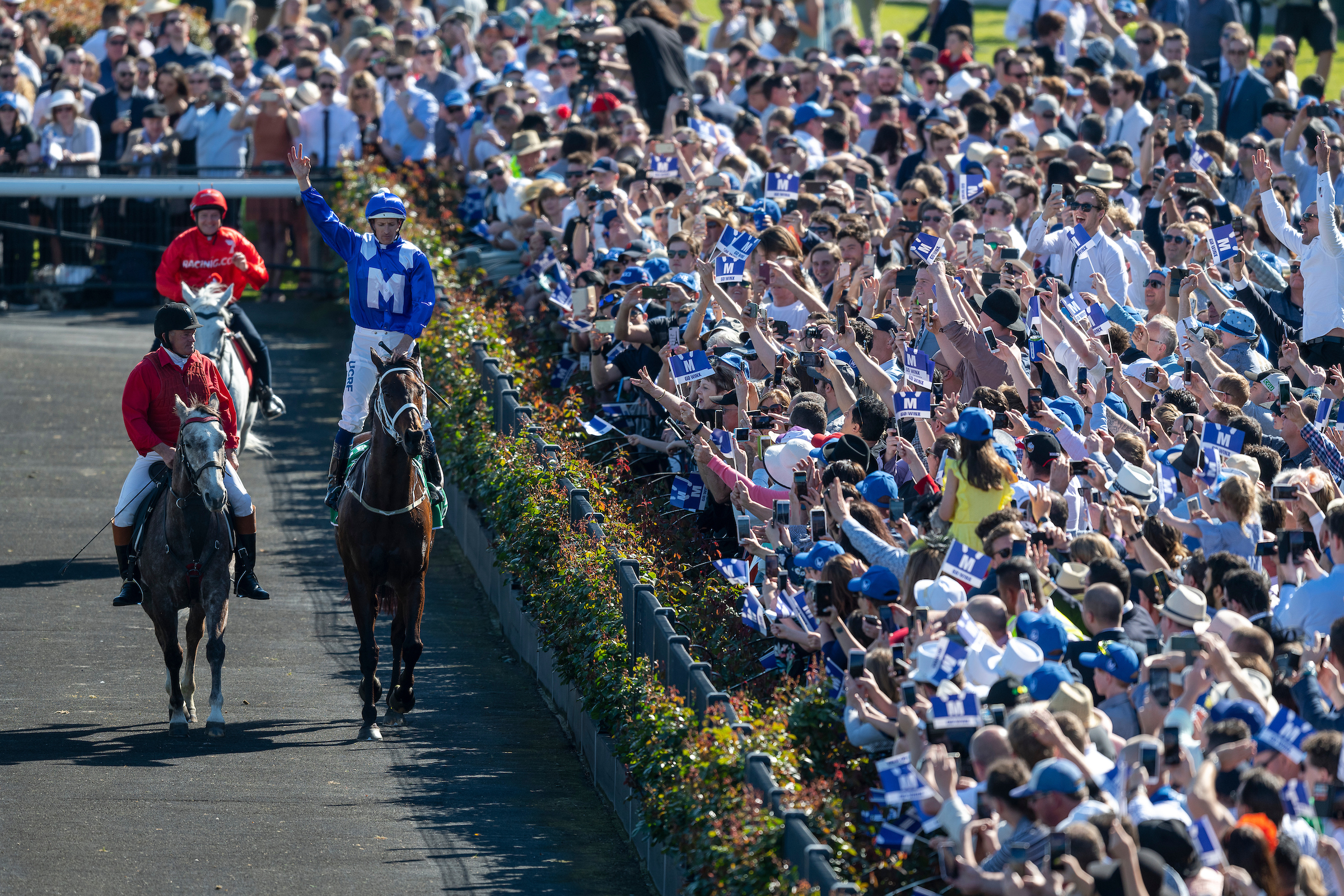 Trainer Chris Waller said: “To be put on the world stage with a horse like Winx is probably the pinnacle and this event gives you the opportunity to meet great trainers.

“Jointly winning the award with John Gosden and Cracksman is very special. It’s a great way to recognise racing around the world with 25 or so handicappers putting their opinion forward because in racing, it’s hard to get the all right horses on the right field on the same day.

The French showpiece returned to its home in 2018 after two years at Chantilly racecourse while the new grandstand was developed at Longchamp. The 2018 edition of the race saw Khalid Abdullah’s superstar filly Enable record her second success in the prestigious Group 1. 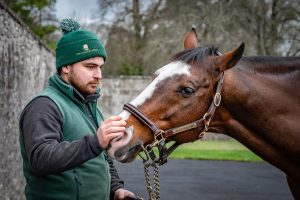 Up Next
ITM Irish Stallion Trail hailed a success