On the right path

The other Downton, Sunday night television heaven for millions, was not filmed here but might easily have been. Downton Hall is an 18th century country house approached through venerable gateposts and up a half-mile drive with verdant views to all sides. Past the cricket ground and the walled garden lies surely the most gloriously sited stable-yard in Britain.

It has not always seemed so desirable. The late Tim Forster brought his assistant trainer here, 20 winters ago, and sought his opinion about moving from Letcombe Bassett. “I thought Tim was completely mad,” Henry Daly recalls. “It was just a sea of mud and muck, barns falling down, roofs falling in. It was very hard to see the potential.”

Forster had forged the idea over Sunday lunch with his friend Micky Wiggin, who had just inherited this estate. “It started out as a joke,” Daly says. “Micky said he had no idea what to do with it, so Tim said he would come and train here. It was a throwaway line, and they both laughed, but over lunch they saw it wasn’t so ridiculous.”

Driven by the energy of Wiggin, a long-time Chairman of nearby Ludlow racecourse, the yard was ready for Forster within six months and the facilities now on show were complete within 18. “That was quite remarkable, because it was a ramshackle old estate. Before Micky, a spinster called Mary Rouse-Boughton had lived in three rooms of the house. There were other rooms no-one had been in for 50 years.”

It had also never been a base for thoroughbreds but quickly housed some mighty good ones. “In the first couple of years here, Tim had Martha’s Son and Dublin Flyer. The place worked.” Sadly, Forster did not live to enjoy it for long but he would greatly approve of the manner in which Daly has continued operations in this rural idyll near the evocatively-named Shropshire hamlets of Stanton Lacy and Hopton Cangeford.

It’s not deliberately trying to stick in the past, I just find self-promotion very difficult but that is very different from being unambitious

Much of the droll, self-deprecating pessimism of Forster is replicated in his successor. Linked with the enviable setting, it is a façade that leads some to perceive Daly as a Corinthian throwback, content to train a few dozen horses for his owner/breeder patrons so long as it does not interfere with his shooting. The reality is quite different.

“Those who think that should talk to my bank manager,” he sighs. “I have rent and bills to pay, like everyone else. I need more horses and that is my main frustration. We have 45 here and it’s true that 50% of them are for owner/breeders – I realise not many trainers have anything like that percentage. But for choice, I would certainly have more horses. If I was offered 100, I’d take them gladly. We have the room and I have the ambition.

“I suspect people think I don’t worry about it but that is only because I never show it. I’m reserved, very reserved. I’m actually in awe of trainers like Paul Nicholls for their skill in promoting themselves. It’s a great talent. Some people get it horribly wrong, going over the top, but those who get it right, like Paul, do it in spades.

“I’m exceptionally bad at it. It’s not in my nature. I’m very aware I am missing out but it’s very hard to change the way you are made. It’s not deliberately trying to stick in the past, I just find self-promotion very difficult but that is very different from being unambitious. You cannot train horses unless you’re competitive. It’s all about winning.”

He has done a good bit of winning this season – 26 by the turn of the year was comfortably a personal best – but he did hardly any of it three seasons ago, when the tally dropped to a mortifying eight. “It was a very interesting life lesson,” he says wryly. “Not one I wish to go through again.

“We had a bacterial infection in the yard. Unlike a virus, the infection was treatable but it took a long time to fix it. We discovered what was wrong but then twice treated them with the wrong drugs – basically, the vets could not find the right antibiotic to kill the bacteria. The third drug finally worked but the process had taken up two months by that time, the horses had been given an awful lot of drugs and were naturally flat.

“The season was a write-off. The lads and jockeys got very down and although the owners were stoic to a man at the time, I suspect we did lose a few through it subsequently.”

I ask how Daly himself coped with the stress. “I actually think I am better when things are going badly than when they’re going well but I rarely raise my voice anyway. In 15 years of training it might have happened twice and I can’t think when or why.” 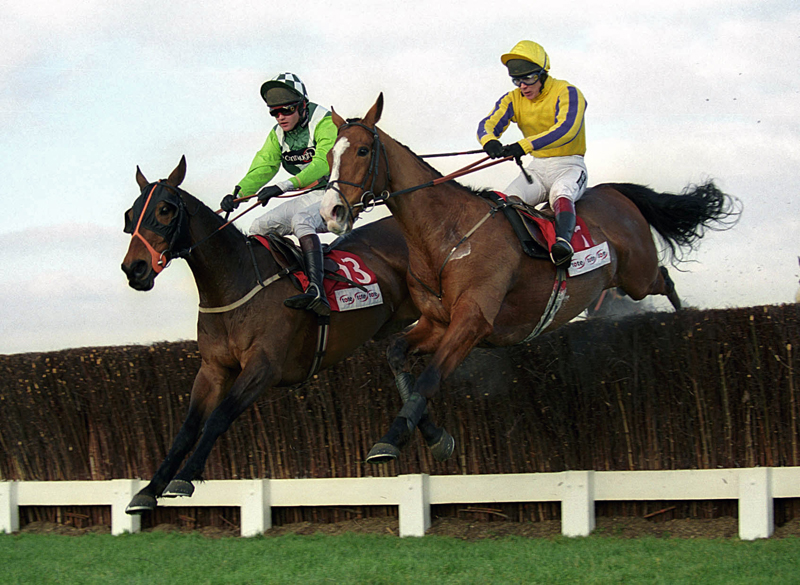 In that horror season of 2010-11, the glory days brought to Downton Hall by horses such as Behrajan and Mighty Man seemed a distant memory. “For the first ten years here, we always had a horse to win us a good race or two,” Daly muses. A picture on the wall of his cosy office, in what was once a game larder, backs him up, recalling the 2003 Cheltenham Festival victories of Young Spartacus and Palarshan.

“Behrajan was a bit of a freak. He was by Arazi and bred to win an Arc but he stood 17.1 hands, turned up here for less than ten grand and was a smidgen below Gold Cup class. He was very, very good and a delight to train.”

Mighty Man was placed twice in the World Hurdle but he won the equivalent Aintree race twice and was beaten only by Big Buck’s in his bid for a hat-trick in 2009. “He was magic at Aintree, he went round the track like a motorbike,” the trainer says. “Cheltenham never really suited him as well. We put off chasing because he was such a good hurdler but he won his first two novice chases and it was a shame he went wrong, because he was very good at it.”

Daly’s last Grade 1 success was the Long Walk Hurdle victory of Mighty Man in 2006 and he has had no Festival winners since the 2003 double. There have been times when it has been too easy to forget him as a force in National Hunt racing but, to widespread approval, those times are over. Last season ended with Quentin Collonges, a contender for this year’s Grand National, taking the Bet365 Gold Cup at Sandown Park and this one began with a double at Towcester, which led serenely to a first-ever treble.

“We’ve never had so many winners by this time of year and we undoubtedly have a better quality bunch of horses now – the ratings of the novices, in particular, tell you that,” he explains. “I won’t be aiming many at Cheltenham, though, because it can be a terribly tough place for young horses. They go two strides quicker than anywhere else.

“In 15 years, I doubt if I’ve had more than three runners in the Festival novice races. We deliberately kept Mighty Man away from Cheltenham in his novice year because his mind would have been fried by the experience. I thought I was being clever by taking him to Sandown the previous Friday for a quiet National Hunt novices’ hurdle but I hadn’t registered that it was a military day – the band started up as he went into the paddock and he went mad.”

Such patience with youngsters was handed down by Forster in their ten years together and has remained entrenched in Daly, along with an aversion to Flat racing and a love of country pursuits. Behind the tweeds and the unexcitable nature, though, lies a man more driven than many might imagine.

“We’ve only got one horse here that even ran on the Flat and I’ve no interest in taking out a Flat licence unless the finances dictate it – going to Taunton on a wet Monday is quite fun but the thought of a twilight meeting at Wolverhampton fills me with dread.

“But I do want to build the numbers up here. I’m always amused when hearing a trainer say they’d ideally only like 15 or 20 horses. I simply don’t get that logic. With that number, the finances are dire. Very, very few trainers make a lot of money these days, yet the public perception persists of a champagne lifestyle. The reality is extraordinarily different, even for the most successful.”

Not that Daly is complaining about his lot. At 47, his two teenage children have grown up on this magical estate and now, thankfully, the winners are flowing once again.

“My brother, Dermot, works in the City,” he says, “and when I sit up on my gallop, first thing on a crisp, frosty morning, with the sun coming up over Clee Hill, I think, ‘He might earn a few quid more than me, but you really can’t better this’.”

‘I fear for the future of jump racing’

Few men espouse the traditions of jump racing more clearly than Henry Daly, so every supporter of the code should be troubled by his concerns for its future.

By his own admission, Daly is anything but impulsive or effusive. His words are generally weighed carefully. Yet he says: “I believe in my lifetime, jump racing will no longer exist.

“I actually formed this view about ten years ago and although I hope very much that I’m wrong, nothing has happened since to dissuade me. We are in the entertainment industry. However else we dress it up, that’s what it is and I fear the society we live in will not accept jump racing as a form of entertainment.”

Such alarm is frequently spread in conjunction with the Grand National but it is not this iconic race that causes Daly his gloomy prognosis. “The National doesn’t worry me because Aintree has gripped the situation so firmly – they are so far ahead of the rest of us in understanding the issues and acting on them.

“Elsewhere, jump racing is being routinely dumbed down. Even at Ludlow, my local track, the fences are half as stiff as they once were. No-one wants to see horses falling but the sport is actually called JUMP racing. My fear is that this dumbing down will continue until the sport is an irrelevance.”

As a past President and long-serving council member of the National Trainers’ Federation, Daly is well qualified to speak on the financial issues affecting his profession. He fears for those operating at the lower end of the scale and believes casualties are inevitable. “Some of the figures are quite alarming,” he says. “Equally, it’s very hard for trainers to put their fees up for fear of driving owners away – I haven’t raised mine for five years.”

He also has some trenchant opinions on prize-money – specifically on one Grade 1 course that is failing in its responsibilities. “Just before Christmas, there was a day when Ludlow put on £80,000 prize-money and Newbury offered only £55,000,” he says. “How can that be?

“If you were to ask every trainer in England to name their top three courses, at least 50% of them would include Newbury. Everybody wants to run their horses there because it is a fantastic track. But it is shameful that they are not providing better prize-money and I just hope the new management there turns it round.” 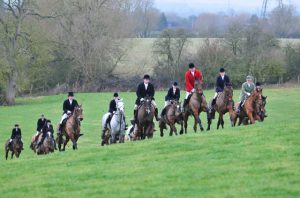 Up Next
Tradition with purpose