The minute Philip was free I had no hesitation in calling him. I should think he was within hours of announcing his retirement, but we talked for only about two minutes before he decided to give it a go.

He had ridden for me as an apprentice and we took him on when Captain Lemos was looking for a stable jockey. We hit it off straight away and I would have used him more since, but Michael [Jarvis] was his first choice and they had a very good relationship.

Philip always thinks a race through and always gets his mount in the right position. He has so much experience over the years and there’s no substitute for it. He’s never given a horse of mine a bad ride and is always in a position to win when they are good enough. 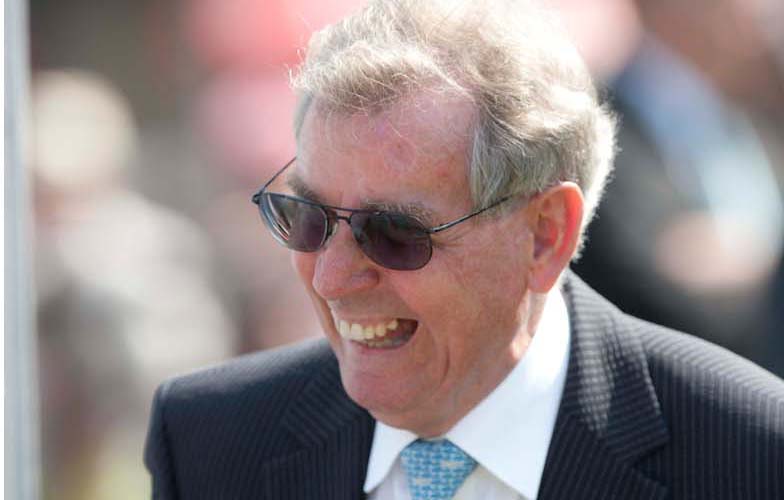 Although some people had been wondering for a while when he might retire, he’s like Pat Eddery and Mick Kinane before him – he’s very fit and dedicated. They wouldn’t have ridden on unless they were fit, nor would Philip. He comes in four mornings a week at a quarter to five and he’ll stay for as long as he’s needed. It’s great to have him on the team again and he’s a big help with all the unraced and lightly raced horses, of which there are more than usual in a string of 80 to 100, as we didn’t keep going on the all-weather through the winter this time owing to the prize-money. Philip will tell you more about them than you can tell him.

It was Philip who set Pebbles on her way and it was because of the way he handled her as a two-year-old that she was able to develop into the mare she became later on in her career. He set her up and put in all of the hard work. He had a great understanding with her and she was a filly who needed understanding, as she was very highly strung. Philip had a way with her and got her to relax. It’s down to him that she turned out the mare she did.

He rode her in all her two-year-old races except one and he was on her when she won the Nell Gwyn and 1,000 Guineas. But he was also riding Katies for Mick Ryan at the same time and after she won the Irish 1,000 Guineas he had a choice to make in the Coronation Stakes at Royal Ascot. Pebbles had changed hands by then and was owned by Sheikh Mohammed. If she had still been owned by Captain Lemos he would have ridden her.

Jockeys want to be on the best and Philip knew Katies was very good. He went with her, which was the right choice on the day as Katies beat us, but in the longer term it wasn’t the wisest choice of his life as if he’d stuck with her he’d have kept the ride, and she went on to win all of those good races at four. She was a great mare and a lot of it was down to Philip and the start he gave her.

Philip made a big difference to Crimplene too. She was beaten in Dubai by the colts and then beaten again in the Italian 1,000 Guineas, where Philip was furious as she’d been given a rough time in the stalls. With Philip’s help she got over that and won the German and Irish 1000 Guineas, and then the Coronation Stakes and the Nassau. All of those good races came quickly after one another, but Philip never emptied her and always left something in the tank. It was a big throw for us when we supplemented her for Ireland, as I think we paid £20,000 and the bookmakers priced her up at about 33-1, but she proved what a good mare she was by making all to beat Amethyst.

Warrsan, who won four Group 1s in a career that spanned five seasons, was another good winner Philip rode for me. When we started with him he was a horse who didn’t enjoy his exercise, but Philip broke his resistance and made a racehorse of him – and he did it with kindness, not by bullying him. Warrsan was a great fighter, but you didn’t want him fighting you. Philip rode him in nearly all of his early races and won the Jockey Club Stakes and the Coronation Cup on him in 2003.

It wasn’t just the big winners though. He’s won lots of other races for me and ridden lots of good races on horses that didn’t win. In the Derby everyone remembers for Greville Starkey’s ride on Dancing Brave, he was on a virtual no hoper of mine, Sirk, and by hugging the inside while Greville was wide he got a great run out of him and only just missed out on the places, finishing a great deal closer than he was entitled to. That was typical of what you get from Philip and as long as he maintains his fitness and enthusiasm I still don’t think you can get anyone better.

With Michael Jarvis having retired through ill health I was within half an hour of a decision about my future when Clive rang. I can’t say which way I would have gone, but I was certainly giving retirement considerable thought. I wasn’t prepared at this stage to start going round the country for bits and bobs. Don’t get me wrong, I’ll ride for anyone with a chance, and a good horse can turn up anywhere, but there’s so much racing and so many jockeys nowadays that you do need a base to work from.

It wasn’t going to be an easy decision to retire, as I felt fantastic after finally getting my hips completely pain free – better than I’d felt for years. It didn’t take me too long to make up my mind after Clive and I spoke. He’s got 90-odd horses and that was the sort of base I needed. When that base is with someone you know and trust it’s a bonus. We get on extremely well – not just professionally, as he’s been a personal friend for 30-odd years – and that made my mind up pretty quick.

Everyone sees the larger than life, jovial side of Clive, but he’s a very serious trainer and gives every horse a lot of thought. People laugh at him getting first lot out in the dark, but it’s surprising how much more relaxed horses are at that time, without Newmarket’s usual hustle and bustle. You can go out an hour or two later and there are 12 strings crossing one another, with horses waiting and getting revved up.

You hardly ever see one of Clive’s jig-jogging or doing too much. They just get on with their work and relax. He’s got it off to a fine art and knows which will benefit most from being out first lot. It’s been a major factor in his training and he’s proved it works. From the outside he can seem very ambitious in his targets, but he’s got very good instincts and he’s upset the boat many times over the years. There’s no question either that when he gets a good horse he certainly knows how to train it.

Pebbles was the first top horse I rode for him, she was exceptional. But she was a racey filly and early on was very buzzy – she could have gone either way. At times, myself and Clive would take her off on her own to keep her going the right way. He’d ride Hunt Cup winner Come On The Blues, or something like that, and I’d ride Pebbles, and we’d do a bit of work on our own. Obviously it worked.

When she won the Guineas it was my first Classic win. I was only 23. Within weeks I’d won the Irish Guineas too on Katies for Mick Ryan, but that put me in a difficult position when the Coronation Stakes came along.

I’d been riding for Clive since I came out of my apprenticeship, because when I left Frankie Durr I had a retainer with Clive’s main owner Marcos Lemos, but I also had a retainer at Mick’s with Jack Fisher and Terry Ramsden, who owned Katies. By that time Pebbles had been sold to Sheikh Mohammed and in some ways I felt obliged to ride Katies, but all credit to Mick, who gave me the choice. I knew the fillies so well I think both would have liked me to have ridden, but Lester Piggott was waiting in the wings for my reject, so I don’t suppose they were overly worried. Clive, being such a gentleman, accepted my decision. I chose right so far as the Coronation Stakes was concerned, but it probably cost me the long term ride on Pebbles and I rode her only once more, when she was second in the Champion Stakes. That’s racing though.

Crimplene came years later. She wasn’t easy either but probably improved more from two to three than any horse I’ve known in my entire career. At two I thought she might be Listed class at best but Clive took her to Dubai for the Derby and it seemed to transform her. Something clicked and she blossomed. She never stopped improving, winning the German Guineas, Irish Guineas, the Coronation and the Nassau.

That was the same season I won the Coronation Cup on Warrsan, so it was quite a year for both Clive and me. Warrsan was a funny horse who refused to trot. He was a funny mover and he’d half hack everywhere, but I said to Clive there was something there, and he knew it too. The more we did with him the better he got. At home he wouldn’t show you anything, but get him on a racecourse and he was a different horse. He loved racing and he never stopped improving. He loved a battle too and he’d take something on from three or four furlongs out and give everything.

A relationship between trainer and jockey is always important, but when partnerships work you just trust each other and let each other do their job. A lot of it happens instinctively, but if Clive wants my opinion on anything he doesn’t hesitate to get on the phone to pick my brain, and vice versa. As far as the future is concerned it doesn’t bother me at all that I’m the oldest in the weighing room now. I’ve just turned 50, but Lester went on a lot longer and George Duffield was riding better at 54 than at any stage in his career. If at any time I feel I can’t do the job I’ll pull the pin, but so long as I’m feeling as good as I do now and everyone is happy I’ll carry on and enjoy it.

Clive has a lot of unexposed horses this year and I’m going in four times a week to get to know them. But in some ways it’s a job made in heaven for me. Maybe it’s a relic of my days in Hong Kong, but I’m up anyway at that time and if I’m not going in to Clive’s I’ll be having a coffee and watching the news at 4.30am.

But you know in all those 30 years I’ve never once got into the yard before him and every day he’ll be bouncing around as if he’s been up for six hours. I’d love to get in ahead of him just once!