Though it’s not unusual to see an Aidan O’Brien-trained Classic winner, it’s very rare that one should score at odds of 50/1 but Qualify defied her huge price to come home best of the Ballydoyle trio in the Investec Oaks, overhauling 1,000 Guineas winner Legatissimo in the shadow of the post.

The Fastnet Rock filly’s victory was a remarkable reversal of form from the Newmarket Classic when she trailed in last of the 13 runners, a full 41 lengths behind David Wachman’s Legatissimo. No filly has ever won the Oaks at longer odds, with the Jim Bolger-trained Jetski Lady having also won at 50/1 in 1991.

Managing to steer clear of a melee two furlongs from home, in which long-time leader Star Of Seville came off worst in a scrap with Qualify’s stable-mates Together Forever and Diamondsandrubies, the winner ran on strongly for jockey Colm O’Donoghue to reel in eventual third, Lady Of Dubai, before spoiling the runner-up’s chances of a Guineas-Oaks double.

“She was always very classy and won her Group 3 very easily at the Curragh last year,” said O’Brien, who bred the winner with his wife Annemarie from the Galileo mare Perihelion.

“The plan was to start in Newmarket then go to the Curragh [for the Irish 1,000 Guineas] and then come here. It went a little bit wrong at Newmarket but she ran a lovely race at the Curragh and we were really happy with her.

“We knew stepping up to a mile and a quarter she was going to improve massively but we didn’t know about a mile and a half. Colm gave her a masterful ride but we knew she had ability and had worked really well. We were just a little bit worried that the ground wouldn’t be quite quick enough for her as she really likes the top of the ground.”

Qualify became O’Brien’s fifth winner of the Oaks since Shahtoush in 1998. She was followed by Imagine (2001), Alexandrova (2006) and Was (2012). Third-placed Lady Of Dubai is also trainer by her breeder, Luca Cumani, who owns Fittocks Stud with his wife Sara. 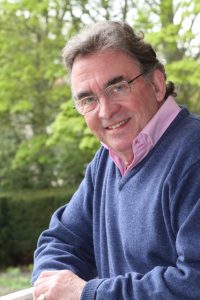 Up Next
Philip Mitchell to leave Juddmonte