There was no fairytale start to the season for Altior as his colours were well and truly lowered by Nube Negra, who sealed a shock success in the Grade 2 Desert Orchid Chase at Kempton on Sunday.

Warning signs that Altior was not at his best came at the very first fence in the contest when he gave the obstacle plenty of daylight. The ten-year-old continued to be pressed by jockey Nico de Boinville down the back straight but the race was clearly taking a toll.

That allowed Duc De Genievres to lead the field into the home straight but creeping ever closer was Harry Skelton, sitting motionless, on Nube Negra and it was the Spanish-bred son of Dink who soon cruised into the lead at the final fence.

Nube Negra was allowed to cruise to the line but to Altior’s credit, he plugged on to claim second on what was his first run since winning the Game Spirit Chase at Newbury in February.

Skelton said: “He was brilliant. He travelled and jumped with a lot of zest. He’s always been a good strong traveller and jumps very well. I was always doing a canter on ground that was slow enough for him.”

On Altior, Nicky Henderson added: “I’d be very surprised if that’s the end. I don’t think you can say that’s the knockout blow. It was his first run for a very long time, and he’s bound to sharpen up and come on from it. Something like the Game Spirit will be the ultimate test to see where we go.

“He wasn’t really travelling within himself. As Nico said thank goodness, we didn’t run him at Sandown; if he couldn’t cope with this, he’d have been unconscious at Sandown.”

Henderson’s newest star Shishkin continued his development with what was ultimately a smooth success in the Grade 2 Wayward Lad Novices’ Chase.

The six-year-old once again faced off against four rivals as he had done on his chasing debut at the Sunbury-on-Thames venue last month. In that display, he dispatched his closest rival Mick Pastor by 23 lengths.

Compared to his chasing debut, De Boinville had to niggle along Shishkin in Sunday’s contest as pressure was applied by Richard Johnson aboard the Philip Hobbs-trained Gumball.

That pressure saw Shishkin get in a little close to the fourth-last fence but that did not derail him too much as once in the home straight he showed an impressive turn of foot to win by 13 lengths from Tamaroc Du Mathan. Stablemate Elusive Belle was a further seven and a half lengths back in third. 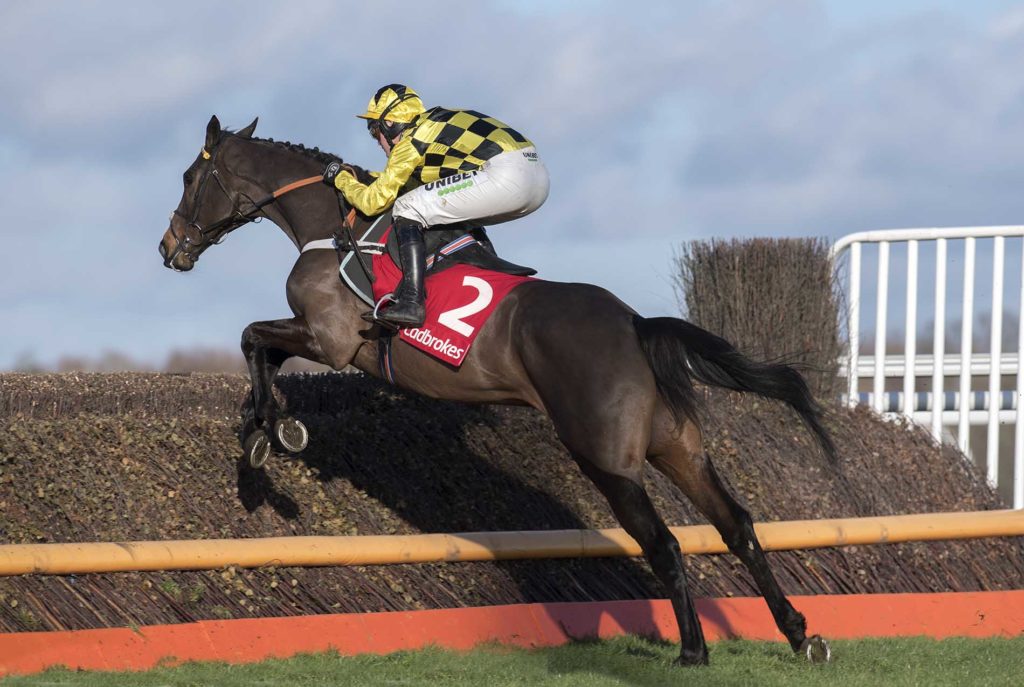 Shishkin and Nico de Boinville lead as they jump the second last on the way to winning at Kempton – Photo: George Selwyn

De Boinville said: “We’ve gone a really good gallop in the first half so that pace would have sorted everyone out. He came back on the bridle in the straight and I was trying to keep him on the better ground as it’s quite testing out there.

“He’s incredibly quick through the air and very quick to get his landing gear back on to the ground and he’s away. Other horses may stay longer in the air whereas he almost hurdles his fences. There’s plenty more to come I’m sure but I felt the guv’nor and the team had him spot on today.

“I don’t like to compare top-class horses. This horse is different with his jumping style and how he goes through races. Altior, when he started, he was a different horse to the horse you see today so it’s how they progress. At the moment we’ll stick to two [miles] but who knows what will happen in the future.”

Across the Irish Sea on Sunday, Willie Mullins’ exciting youngster Chacun Pour Soi made it two wins from two starts over fences as he cruised to victory over Notebook and Put The Kettle On in the Grade 1 Paddy’s Rewards Club Chase at Leopardstown.

Mullins was suitably pleased with Chacun Pour Soi’s performance and said: “I was impressed. Today, he seemed a different horse. He was full of spring and he just went down to his fence and attacked them.

“He flew around the last bend and you could see him idling a bit, and Paul [Townend] just pulled him together and got past the last. He had plenty in reserve.

“He pleased me, and he pleased Paul – he did what he tells us he can do at home. He will probably come back here for the Dublin Racing Festival.”

Chacun Pour Soi was part of a trio of winners for Mullins and Townend at Leopardstown with their others being Appreciate It, who romped to a nine length win in the Grade 1 Future Champions Novice Hurdle, and Castlebawn West, who took the three-mile handicap chase. 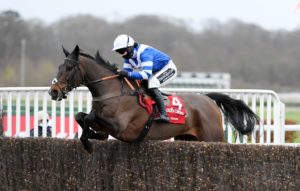