Nothing lost in translation

Among many inspiring elements of the Paralympics were stories of men and women who had reached the top in one sport and then, still restless and unfulfilled, become champions in another. Sometimes, though, it can be just as challenging to radically alter roles in a single sport – a striker becoming a defender, a fast bowler turning to leg-breaks, or a jump jockey of 36 giving up everything he knows to start riding on the Flat.

Most of us in racing would instinctively give the last-named optimist scant chance of success. The codes are too different to allow such casual conversion. Physical demands, daily diet, tactical decisions and essential judgements vary significantly. Young jockeys can sometimes mix and match but a senior rider would surely be volunteering for a thanklessly anonymous existence among the also-rans.

But when it happened, this spring, it was not just any old jockey taking the plunge, it was Graham Lee, possibly the most under-rated jumps rider of his generation. Lee was widely known for winning a Grand National on Amberleigh House but, through desperate misfortune with injuries and the regrettable neglect of the northern National Hunt circuit, his full range of talents were never appreciated as they might have been.

Even so, doubt was inevitable. It afflicted Lee himself, chronically so. “I had quite a few sleepless nights,” he reflects now. “It was fear of failure, a fear I’d make myself look a complete idiot. I worried I would be rubbish at it.”

I had quite a few sleepless nights. It was fear of failure. I worried I would be rubbish at it

But he is not rubbish, far from it. By the end of August, Lee had ridden 53 winners, including the Stewards’ Cup at Glorious Goodwood, and stood 15th in the jockeys’ table, despite having no attachment to a big stable and riding far fewer favourites than all those above him. His transition, from battered and disillusioned to bright-eyed and brilliant, was a story of the sporting summer.

Lee is as surprised as anyone that it has gone this well. “If anyone had told me I’d have 50 winners this quick, I’d have told them to go back to the mental home,” he admits. “My only target when I started was one. When I got that, it was two. Lots of little things have challenged me but nothing major. It’s mad that this has happened, but I’m so thankful.”

This is not the first time Lee has tried the Flat. When he was 20, he suffered his first bad injury – a broken leg. “I was too light for jumping at the time so I spent a summer riding on the Flat and hated it,” he recalls. “But I’m a different person now, a different rider.”

Same body, though, which has helped him enormously in the switch. Lee has ridden at 8st 8lb this summer, a daydream for most jump jockeys. Unlike them, starving and sweating to get weight off, Lee’s biggest problem was always keeping it on.

“When I broke my collar-bone last December, I was parked up on the sofa for two weeks, I ate like mad and lost 6lb,” he reveals. “That’s normal for me, it’s why I had to work so hard in the gym for eight years, building up muscle mass. I’m lucky to have a physique that has let me do this. 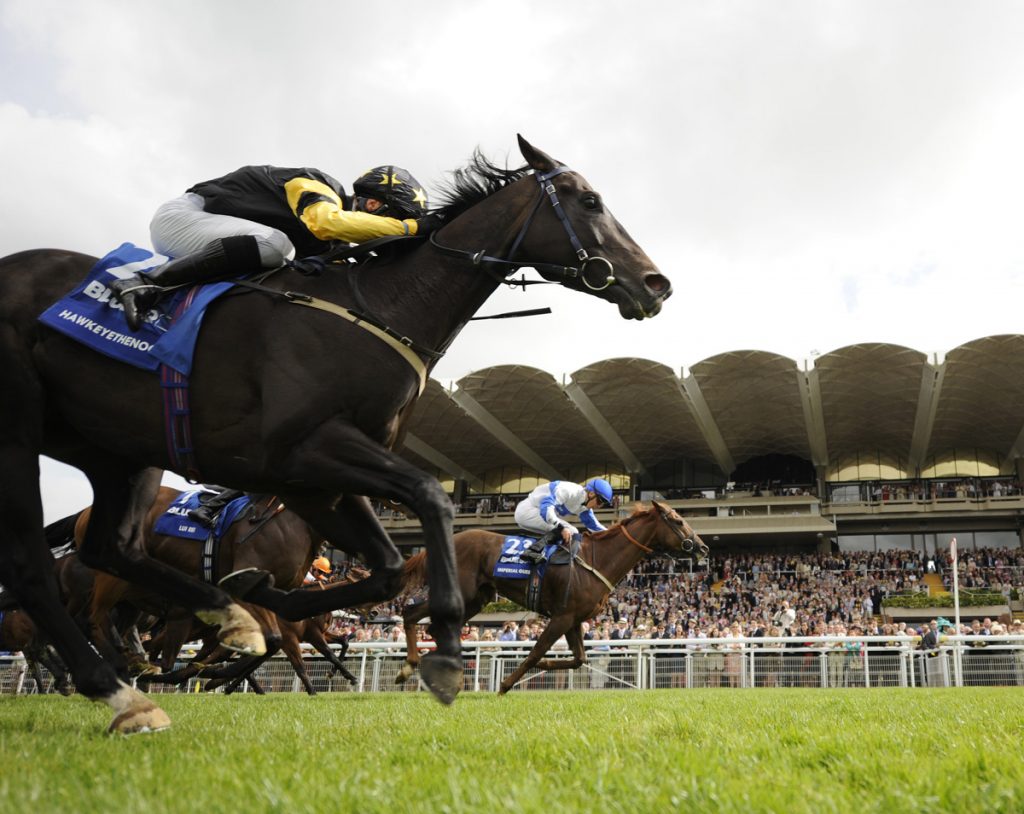 Lee drives Hawkeyethenoo to victory in the Stewards’ Cup

“AP [McCoy] said to me, last winter, ‘Jesus, if I was your weight, I wouldn’t be here – what are you doing?’ And he’d been on at me about the Flat for five or six years. When I made the decision, I got a text off Ruby Walsh, just saying, ‘You jammy bastard, I wish a stone would fall off me!’

“I have to do things differently now. I don’t train anything like I did, instead I do a lot of cycling at low intensity. My diet has changed. I still grub away okay but with far less fat content. And I don’t use the sauna – at least, I haven’t been in one yet. I try to do it all how my body copes the best.”

His big decision was crystallised during time off with injuries, though not directly caused by them. He is very clear on this point. “It really annoys me that people think I’ve gone Flat racing because of injuries. That would imply my bottle had gone. I’ve done it because I didn’t have any good horses left to ride. I couldn’t face the gym routine any longer because there was nothing at the end of it. I had nothing to look forward to.”

This was an indicator of some fallow years in the fortunes of Ferdy Murphy, who employed him. Lee, though, has not a single bad word to say about the garrulous Murphy, who rescued him from despondency after he had been dumped by Howard Johnson in 2006. The previous spring, Lee had ridden three Grade 1 winners at the Cheltenham Festival on horses trained by Johnson for Graham Wylie, but he was one of several jockeys shown the door without proper explanation.

Lee’s personality can be a contradiction, as he admits himself, saying: “A lot of the time I think I’m mentally weak but then, at other times, I’m mentally strong. I have erased that period from my mind, all the things about how I was treated.”

Except, of course, there are some memories that cannot be deleted. It was an unhappy split, reflecting poorly on the trainer, yet Lee was probably ready for it even before the axe fell.

“Ferdy had approached me before we went to Portugal for a holiday and I remember reading in Valentino Rossi’s autobiography that he’d been world champion for Honda and had to decide whether to join Yamaha.

“I got an A4 sheet of paper and made columns – Howard Johnson/Honda and Ferdy Murphy/Yamaha. I wrote all the pluses and minuses and, at the end of it, I was going to Yamaha – but I never got to make that decision, because I was sacked.”

There was no such bitterness with Murphy. They were like minds and, for some years, the partnership was fruitful. “Ferdy came along at a good time for me,” Lee admits. “We had the likes of L’Antartique, Aces Four, Kalahari King and Hot Weld all winning big races. It was a brilliant relationship. I loved riding for him and he never gave me instructions. He’d just say, ‘I train them, you ride them’.”

It had taken Lee a considerable time to establish himself over jumps, not least through the curious resistance of his first British employer, Mary Reveley, to use him over fences. But now he was caught in an ever-decreasing circle of injuries, rehab, poor horses and more injuries. “I rode 1,000 winners over jumps and that landmark meant a lot,” he says. “But by the end the buzz had gone because the good horses weren’t there.”

To carry out his grand plan, Lee needed the support of the two most important adults in his life, his wife and his agent, Richard Hale.

“Becky had never once said she wanted me to stop over jumps,” says Lee. “She’d have had every reason to, because I wasn’t nice to be around when I was getting broken up all the time. But she’s an amazing woman and kept saying she would back me, whatever I decided.

“I was nervous ringing Richard. It’s all very well riding out everywhere, getting fit and having the form book in your head, but it your agent isn’t behind you, it’s a waste of time. He went really quiet when I told him what I wanted to do but next day, when he’d digested it, he was really up for the challenge. He’s been massive for me.”

Lee also sought out Mick Kinane on Grand National day at Aintree. “To me, and to most Irish lads, Kinane is God,” he says. “I still have the autograph he signed for me at Galway when I was knee-high. I just had five minutes with him in the weighing-room, beneath the peg that was always mine, shook his hand and watched in awe as he won the legends’ race.

“Then I started to feel uncomfortable at being there. I went back to the car, heard them call the first race off and drove home. I didn’t belong there any longer and I doubt I will go jump racing again in the near future. One day, though, I’d love to go back to Cheltenham – a special place in a special sport. I had one day at Royal Ascot this year and it was grand, but the atmosphere was not a patch on the Festival.”

The wettest year in history has helped Lee’s career change. He reasons: “If I’d gone straight from three-mile chases at Hexham to five-furlong sprints on fast tracks, I’m sure I’d have struggled. But most tracks were heavy and they were going only half-speed. That gave me the chance to adapt.”

His strength in a finish was already honed but his seamless adjustment to the tactical requirements of Flat racing has been remarkable. “I don’t think about it,” he says disarmingly. “I certainly don’t copy anyone, although I’m a huge fan of Ryan Moore.

“Whatever I do must come naturally but I am still learning every day. I got beaten a short head recently and my head nearly fell off my shoulders, I was so upset. Narrow margins are much more regular on the level and I’m having to get my head around that.”

You sense the welcome mat has not been laid out by some of his new colleagues, fired by resentment at the audacity of what Lee has done. But he has always been his own man and that has not changed.

“I loved my time in jump racing and although I don’t miss the riding now I really miss the jumps weighing-room, which is so close because of the danger element,” he says. “It’s a different place on the Flat. One or two have been great with me but being liked isn’t going to pay my mortgage.

“This is the first time in 20 years I have ridden without pain or drugs. Jump jockeys are always carrying injuries and they live on painkillers. I am healthier for it and I’m so grateful that it could happen. I feel I could have ten more years now.” 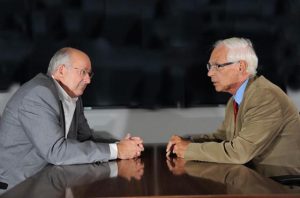 Up Next
Head to head