Ascot to switch from ATR to RUK
Stories

Clare Balding to host the 2013 ceremony in Knightsbridge

Entries for the annual Godolphin Stud and Stable Staff Awards, which take place on Monday, March 4, 2013, are now being taken.

Clare Balding has been announced as the host for the prestigious ceremony at the Jumeirah Carlton Tower Hotel in Knightsbridge, London.

Balding, who is the new co-lead presenter alongside Nick Luck for Channel 4 Racing in 2013, said: “Racing relies on the people who are closest to the horses, who look after them, ride them, read their moods and know when they are at their best or – just as important – when they’re not. These awards are the one opportunity racing has of recognising and applauding the stud and stable staff and I’m proud to support them.”

The awards are divided into the following categories:

There is also an award for the overall Employee of the Year – won last year by Paul Nicholls’ head lad and rider of Kauto Star, Clifford Baker – selected from the category winners and will receive an additional prize of £15,000, with the same amount going to their yard or stud. Entries close on Friday, January 11, 2013.

To download a nomination forms, please click here. Alternatively, you can email awards@britishhorseracing.com or simply text AWARDS to 07584 171551 and a form will be sent to you. 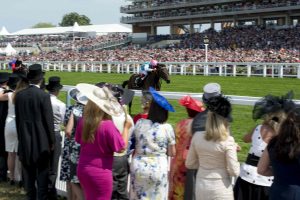 Up Next
Ascot to switch from ATR to RUK