Tiz The Law retired to stand at Ashford Stud
Stories

British Horseracing Authority chief executive Nick Rust and former jumps jockey Bob Champion are among those to be recognised on the New Year’s Day honours list.

Rust, who steps down from his post on January following a near six-year stint, has been made an OBE in honour of his service to horse racing.

BHA chair Annamarie Phelps praised Rust. She said: “I’m delighted Nick’s service to the BHA and the sport has been recognised with a national honour. Throughout his tenure at the BHA, Nick has worked to bring people together and do the right thing for the sport and he’s never been afraid to make difficult decisions.

“The award also reflects the leadership Nick has shown in areas such as diversity and inclusion, and the welfare of the sport’s human and equine participants. It is particularly fitting this recognition should come this year following the tireless commitment and resilience he showed in supporting the resumption and continuation of racing through this most difficult period.”

Bob Champion, who famously recovered from cancer to partner Aldaniti to victory in the 1981 Grand National, has been made a CBE for his charitable services to prostate and testicular cancer research. The 72-year-old founded the Bob Champion Cancer Trust in 1983, since when approximately £15 million has been raised.

Nigel Payne, the former chairman of the Professional Jockeys Association and currently chairman of the Peter O’Sullevan Charitable Trust, was also recognised for his contribution to the sport with a MBE, while Racecourse Association chair Maggie Carver has been made a CBE.

“Our congratulations also go to Bob Champion (CBE), BHA Board member Maggie Carver (CBE) and Nigel Payne (MBE),” added Phelps. “They represent the very best of British racing in terms of sporting achievement, charitable and community work, and representing an industry that supports the livelihood of 80,000 people.” 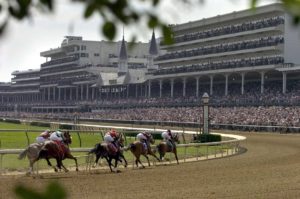 Up Next
Tiz The Law retired to stand at Ashford Stud