The inaugural Newsells Park Stud – Ossie Ardiles Syndicate was recently launched in Newmarket with shareholders spending a morning with their horses and trainers. This included stable visits, watching the horses exercise on Warren Hill and a visit to the National Horse Racing Museum, which was followed by a nice lunch.

The syndicate, a new initiative for the stud, will have six horses in training in the care of John and Thady Gosden, William Haggas, Roger Varian, Mark and Charlie Johnston.

The horses include two exciting three-year-old fillies in Oblong Song (Roger Varian), a half-sister to Group 1 winner Spinning Queen, and the Dark Angel filly Espressoo (Mark and Charlie Johnston), who is from the family of Pallasator.

The four two-year-olds include three colts, namely Viterbo (William Haggas), a Mehmas half-brother to stakes performer Alfonsine, Green Go (Roger Varian), a brother to Group-winning two-year-old Illuminate, and Perfect Play (Mark and Charlie Johnston), a half-brother to the high-class Ispolini from the family of Nathaniel. The final juvenile is the filly Atlantic Belle (John and Thady Gosden), a half-sister to stakes performer Arctician and from the family of Lightning Spear.

Ossie Ardiles, a great football legend and syndicate lead, said: “This is a new world for me and I’m very much looking forward to it, making new friends and enjoying fresh experiences, we have a great team together and the sport has already started.”

The owner of Newsells Park Stud, Graham Smith-Bernal, added: “The overall aim is to offer a fun and special experience of racehorse ownership, from seeing your horses in training to exciting days on the racecourse. We also want the team to experience the breeding side of the business with visits to Newsells and other stud farms.”

This venture marks further evolvement of Newsells Park Stud since the acquisition of the stud by Graham Smith-Bernal in 2021. 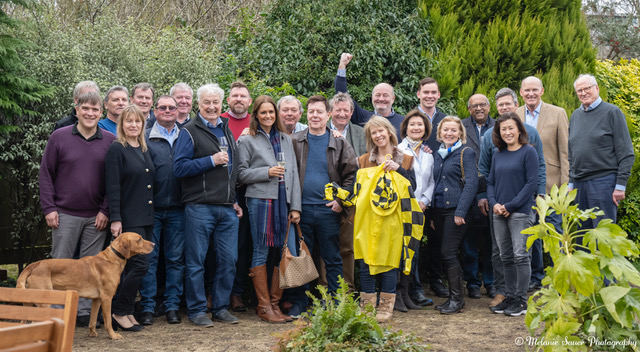 Members of the Ossie Ardiles Syndicate 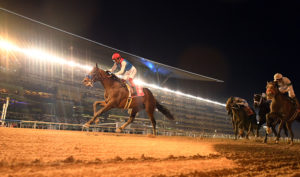