Back in the late-1960s there was a brief, eventually ill-fated sales campaign with the slogan ‘Buy British’. This burst of patriotism figured under the wider banner of a movement known as ‘I’m Backing Britain’, which flourished for a few weeks but quickly died away as interest waned and the interests of some of the individuals involved came under question.

But perhaps it’s time to bring back the slogan, especially with the imminent foal sales in mind, for these lots will be among the youngest batch of horses whose racing careers will be monitored under new BHA rules banning the use of anabolic steroids from birth to retirement.

Discussion about the therapeutic benefits of anabolic steroids and whether there should be a pre-training cut-off point is bound to continue. Even the International Federation of Horseracing Authorities has accepted that not every jurisdiction will readily give up the therapeutic concession.

Interestingly, given the welter of interest generated the year before, there was no formal debate during and around the IFHA’s annual conference about regulation of anabolic steroids. Maybe the practicalities of pre-training testing have proved more formidable than originally imagined, or some countries are simply waiting for others to take a lead.

Regardless of indecision elsewhere, the BHA is pressing ahead with its January 1 implementation date, which makes the unequivocal position in Britain all the more appropriate for those promoting their sales at the forthcoming foal auctions, and perhaps all the more significant for those buying. British-breds that have followed the rules will be clean. If France and Ireland accept the same terms, that’s fine, but until our breeders meet all their overseas counterparts on a level playing field, the safest message is: Buy British.

That said, while the rules might be clear, the impact and practicalities of testing for anabolic steroids, notably out of competition, remain under scrutiny, and the TBA will be monitoring events to ensure the law of unintended consequences does not rebound on members.

Human athletes have to inform the authorities of their whereabouts at all times, day and night, so that unannounced, out-of-competition tests can be properly conducted. So far as I am aware, horses have not yet developed the ability to use email or a mobile phone, so the BHA will have to use a different technique to determine their exact location. This is a grey area, and although the banning of anabolic steroids is a racing issue, with breaches of regulations coming under the Rules of Racing, there could be serious implications for breeders after a horse is sold. The TBA will be seeking assurances over determining the exact whereabouts of horses, in or out of training, so as to avoid the risk of false accusations.

Turning from one topic that involves new regulations to another – work-based pensions. Not the most stirring of subjects, I admit, but one that will eventually affect the majority of TBA members, since under new government legislation employers must enrol staff into a scheme that meets certain standards. And that will apply even if you employ only one person.

The TBA board was keen for the racing industry to introduce its own scheme, but that idea disappeared into the ‘too difficult’ tray, so we have taken advice from the pensions specialists PFP Benefit Solutions, who have assisted members in the past. The buzz words are auto enrolment, signifying the introduction of compulsory pension membership, which will start to affect many TBA members very shortly and is due to be phased in for those with fewer than 30 employees from the summer of 2015.

The TBA cannot get involved directly but it’s our duty to make members aware of the situation. The National Employment Savings Trust website (nestpensions.org.uk) has all the answers, but a guide to auto enrolment is available from Caroline Turnbull at the TBA office. It’s all part of the service. 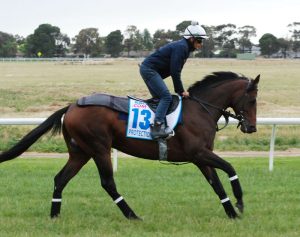 Up Next
Melbourne Cup to German raider