The one thing that’s certain when it comes to the European bloodstock sales calendar is that each year will see a tweak to the format of an established sale and this year French sales company Arqana has been the first to announce a change.

Its flagship August Yearling Sale in Deauville, which in recent years has been held over four consecutive days, will now have a breakaway day which is being branded as a new sale named V2. The traditional elite August Sale will run over three days from Saturday 17 to Monday 19 August and will feature a maximum of 400 yearlings.

The V2 Sale, which will have an emphasis firmly on precociously bred youngsters, is set to be staged on Wednesday, 21 August with a maximum of 120 horses catalogued. To launch the new sale, Arqana has also devised the ‘V2 Challenge’ a points-driven competition with a cash prize to the owner of the following season’s winningmost juvenile to have been sold at the auction.

Discussing the change in format, Arqana President Eric Hoyeau explained: “After several months of reflection, analysis and consultation with buyers and vendors concerning the yearling sales, we decided that by making these changes it will enable us to further advance our development in this area.

“The innovations that we are putting in place in 2013 are the result of the evolution of the yearling market in recent seasons, and the anticipation of the market in years to come.

“Concerning the creation of the new V2 Sale, we wanted to give investors an opportunity to buy yearlings in relation to their budget and demand. This is why we have decided to offer horses that have been selected to be able to perform early on as two-year-olds at accessible prices for a large range of professionals and French owners.” 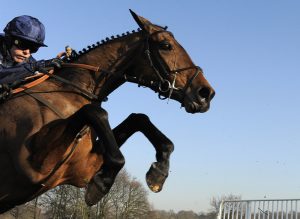 Up Next
TBA backs Mares’ Hurdle