Increases across board at Land Rover
Stories

An exciting new two-day jumps festival will take place on February 3 and 4 in 2018, bringing together feature races from Leopardstown’s standalone meetings in late January and February.

There will be seven Grade 1 races and three Grade 2 events spread over the two days with prize-money totaling €1.5 million.

The BHP Insurance Irish Champion Hurdle will be the feature event on the first day.

Brian Kavanagh, HRI chief executive, said: “The HRI Board enthusiastically supported the proposal from Leopardstown to create a new two-day festival of jumps racing in early February and has agreed to enhance its prize-money commitment to the weekend to reflect the increased sponsorship and racecourse contribution.

“HRI believes that the new festival, featuring 15 top-class races, will be very popular as it fits nicely between Christmas and Cheltenham, and will offer perfect opportunities for the top horses not just from Ireland, but Britain as well.

“We would also hope to attract a large number of overseas racegoers to Leopardstown for the weekend.”

This is a very exciting development

“This is a very exciting development for Leopardstown and we are delighted to create this new festival during the heart of the jumps season,” said Pat Keogh, Leopardstown chief executive.

“We are fortunate to have wonderful sponsors at Leopardstown and we are very grateful to them for their support in establishing this new concept without which it would not have been possible.” 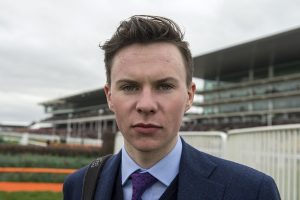 Up Next
Increases across board at Land Rover