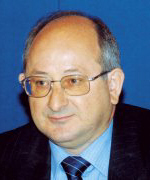 Michael Harris, Chief Executive of the Racehorse Owners Association, has announced that he will retire from his position at the end of this year.

He will be replaced by Richard Wayman, currently the Assistant Racing Director of the British Horseracing Authority, who will take over the role from January 1, 2012.

Harris, 62, has been with the ROA since 1998, during which time the association has expanded to have over 7,000 members. He is also the Chief Executive of Thoroughbred Owner & Breeder.

“I count myself extremely lucky to have spent most of my life working within an area that I still feel passionate about,” said the former Editor and Chief Executive of the Racing Post.

“However, the only way I have been able to run this association successfully is to devote most of my waking hours to thinking about the job and I’m now beginning to feel I should make room for a few other activities in life.

“I have worked with many wonderful and very talented people at the ROA over the years. I can’t say enough in praise of all the ROA Presidents with whom I have spent these past 13 years. Similarly, the numerous Council members, many of whom have become good friends.

“However, I have to save the greatest praise of all for the ROA staff who have been the bedrock of the association for many years and have never complained about going the extra mile. Without their dedication, the ROA would not be the organisation it is today.

“It will obviously be very sad for me to say goodbye but I’m likely to continue to do some part-time work for the ROA after I leave and there will, in any case, be a significant handover period.

“I’m extremely pleased that Richard Wayman has agreed to become the ROA’s new Chief Executive. Richard is a racing professional to his fingertips and I honestly can’t think of anyone who would be better suited to the role.” 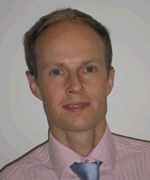 Richard Wayman, 40, has worked at the BHA for eight years. A Cambridge graduate, he qualified as a chartered accountant whilst working for PricewaterhouseCoopers before entering the racing world professionally as the finance director at the British Racing School.

Anticipating taking on his new position, Richard said: “I feel privileged to have been appointed Chief Executive of the ROA, representing the people who, together, are the single biggest contributors to the funding of British Racing. I am looking forward to working with the Council and the rest of the ROA team, as well as our partners within the Horsemen’s Group, with a view to enhancing the experience associated with being a racehorse owner in Britain.

“Under Michael’s leadership, the ROA has gone from strength to strength and, with owners being the lifeblood of our sport, my priority will be to build on all he has achieved to ensure that owners, and particularly ROA members, are properly valued and fairly treated.” 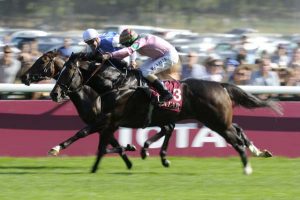 Up Next
British invaders mob Longchamp