By The Owner Breeder staff 07 September 2016

The Injured Jockeys Fund (IJF) have revealed that they will call a new rehabilitation and fitness centre after Sir Peter O’Sullevan, who died in July last year.

Sir Peter O’Sullevan House will be situated at the British Racing School in Newmarket becoming the IJF’s headquarters and will join it’s sister centres Oaksey House in Lambourn and Jack Berry House in Manton, Yorkshire.

In October 2015, a memorial service on a scale rarely seen in the world of sport was held for the legendary commentator and journalist, affectionately known as the ‘voice of racing’.

Not only did racing’s greats attend but over 700 racing fans appeared outside St Luke’s Church in Chelsea to pay their respects.

The funding for the project will derive from Sir Peter’s Charitable Trust which has supported racing for the last 20 years. The Trust are determined to ensure that Sir Peter’s name endures in an area which he dedicated much time and passion towards.

The man himself – having commentated on 50 Grand Nationals and over 14,000 races televised on the BBC and radio – left a large portion of his £9.8 million estate to animal and horse welfare charities.

“We are extremely grateful to The Peter O’Sullevan Charitable Trust for their generous donation to this exciting project,” said Lisa Hancock, chief executive of the Injured Jockeys Fund.

“The name Peter O’Sullevan House is a fitting tribute to one of racing’s most respected figures.

“It also sits extremely well alongside Lord Oaksey and Jack Berry, all three of them dedicated and passionate charity campaigners.”

Work on the new building is set to start towards the end of the year and the centre is expected to open it’s doors in 2018. 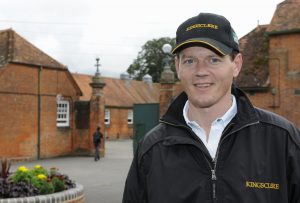 Up Next
Turkish delight for Balding's Blonde Me