The Queen’s Carlton House to race on
Stories

Outstanding chaser to be trained for dressage by eventer Laura Collett

Kauto Star impressed many with his extraordinary athleticism in winning 23 of his 41 starts during his incredible career. His famous exuberance will now be channelled into the more measured pursuit of dressage by international event rider Laura Collett in association with Yogi Breisner, who guided the British eventing team to a silver medal at London 2012.

Clive Smith’s 12-year-old left Paul Nicholls’s Ditcheat stable on Tuesday, December 11 – a day that was undoubtedly difficult for the team at the champion trainer’s yard, which has been his home for the past eight years. Earlier this year it was confirmed that Kauto Star’s former next-door neighbour and fellow Gold Cup hero Denman, would also be pursuing a secondary career and he is currently hunting and team-chasing with Charlotte Alexander.

Coral have offered 50/1 about Kauto Star gaining a gold medal in either the individual or team competition at the 2016 Olympic Games in Rio. There are plenty of examples of thoroughbreds competing in the three-day eventing field, their combination of speed and stamina a major boost to their success in that sphere.

Most notably, both Badminton and Burghley – Britain’s two four-star events – have been won by ex-racehorses, with Sue Magnier’s Moonfleet winning Badminton in 2006 and William Fox-Pitt and Parklane Hawk landing the spoils at Burghley in 2011. Pure dressage, however, tends to be dominated at the highest level by warmbloods rather than thoroughbreds. 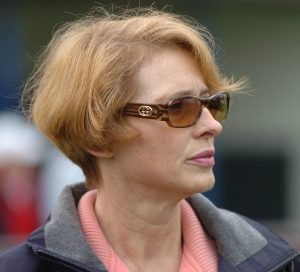 Up Next
The Queen’s Carlton House to race on