New Approach off the mark

With New Approach poised to be crowned champion first-season sire in Europe come the end of the year, Darley’s bright young star has also made the perfect start to his southern hemisphere stud career, getting off the mark with his first runner, Montsegur, who won at Caulfield on Boxing Day.

Dawn Approach has been the flag-bearer for his sire in Europe. Unbeaten in six starts, including two Group 1 contests, he also emulated New Approach by winning the Dewhurst Stakes for Jim Bolger on his final start of the season. Whether he can similarly follow him in next season’s Classics remains to be seen but he is one of the most exciting young colts currently ‘wintering’ in the northern hemisphere.

New Approach has an unassailable lead on prize-money totals – indeed Dawn Approach’s earnings alone are more than the total amassed by the progeny of Henrythenavigator, his nearest pursuer in the table. With 12 individual winners, New Approach trails Sakhee’s Secret (24), Raven’s Pass (14), Henrythenavigator and Mount Nelson (both on 13) but the quality of his first-crop two-year-olds, exemplified by his unprecedented Royal Ascot stakes hat-trick involving Tha’Ir, Newfangled and, of course, Dawn Approach, has given him the leading edge where it matters.

Sheikh Mohammed bought New Approach as a two-year-old and has repeated this purchasing strategy when it comes to his leading young son, who is a rare, if not unique, runner in the Godolphin royal blue from outside Godolphin’s two main training establishments.

Down under, however, Darley’s Australian team will have taken extra heart from Montsegur’s win, as he is a homebred out of the multiple-winning Flying Spur mare Chatoyant. The sheikh’s Australian runners sport the maroon-and-white silks now rarely seen on European racecourses, and they have been borne by some pretty special juveniles in the southern hemisphere of late, including Sepoy (Elusive Quality) and Helmet (Exceed And Excel). Those two Group 1 winners have recently joined the Darley stallion roster and are currently en route to stand their first northern hemisphere seasons at Dalham Hall Stud and Kildangan Stud respectively.

Breeders will have a chance to view them at Darley’s open days in early January alongside New Approach, who will also have recently returned from Australia, where he is doing his bit to prove that the Sadler’s Wells line can also thrive in the southern hemisphere. 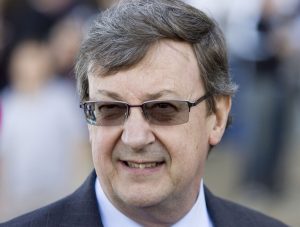 Up Next
Australian AI case dismissed