Twice successful as a trainer in the Grand National, Toby Balding considers Highland Wedding’s victory to be his best

Since last year’s Grand National, the safety review recommended several modifications to the course and raceday procedures. Will they improve the great institution that is the Grand National?

They have shaved one fence, filled in more of Becher’s, and Richard Linley, the inspector of courses, says the take-off sides have been gradually raised. So all they are doing is tinkering, nothing major and the status quo is the same. Quite simply, the nature of the race causes controversy and who are we to change it?

I don’t think it should be altered; we have done everything we can to make it more like the Gold Cup and as a result horses with no weight are unlikely to win. Time will tell if it has been improved. We shouldn’t forget the race is 172 years old!

Do you consider the race to be more competitive, attracting a higher quality field than when you won with Highland Wedding (1969) and Little Polveir (1989)?

There’s no doubt about it; neither of my winners would have got in the race today. The system has changed to such a degree that I would never have dreamt of buying Highland Wedding, because he was a point-to-pointer.

Nowadays you are looking for a damned good hurdler that will become a staying chaser and a lot are being trained that way. The breed has got finer and training methods have changed. The herd in Highland Wedding’s day were 14lb inferior to the present herd of National entries.

What sets the Grand National apart from any other race in the world and how does it feel to win the race?

The pinnacle is the Gold Cup, though most of us don’t have a Gold Cup horse. But we can have one to aim at the National, where stamina, jumping ability, courage and luck all play a part. We all have different ideas as to what makes a National horse; Highland Wedding was a dour type with a strong physique. Little Polveir had National form when I bought him and I don’t claim credit for producing him.

Of my others, Lucky Vane finished fourth and Romany King second. Lucky Vane was a National type inasmuch as he was an out and out stayer, while Romany King, who had class but was not particularly striking physically, was light framed and an exceptionally good jumper. The 1979 winner, Rubstic, passed through my hands but unfortunately slipped through the net. Highland Wedding’s win gave me the most satisfaction as everything I’d done with him was with the National in mind. That was the ultimate achievement for me.

When you were training you were also heavily involved in racing politics as a member of numerous committees and representative bodies. How involved are you now after your recent illness?

I’m not a committee man any longer as I have been left partially sighted by a stroke, but my team at home keep me extremely well informed. When I was training my bank manager always said I had too many horses of my own, but I’ve got even more now. I’ve just bought the National winner of 2018, a five-year-old called Henry Hurst!

Is Paul Bittar doing a good job in his role as Chief Executive of the BHA?

He impressed me when he originally worked with the BHB but it is too early to form an opinion of him in his current role. But he is obviously a strong character and one who listens to the practitioners in the sport.

Racing must have changed plenty since your first involvement in the sport. What are the best/worst changes in your view?

It has altered to such a degree the question is too big. In my day the greatest part was the fun and the craic, which was enjoyed by the majority and we were all in the sport for those things. Be it for better or for worse, racing has become much more mercenary. When Little Polveir won the National in 1989 he collected around £75,000 – now the race is worth just short of £1 million.

My biggest long-term worry, which could be the undoing of racing, concerns stable staff. You hear constantly of boys and girls looking after seven or eight horses and in my view they can’t do it to the standard I would have wanted; they are being unfairly asked to carry one of the most responsible burdens in racing. If the base material, the horse, doesn’t get treated as it should, it must be to its detriment. 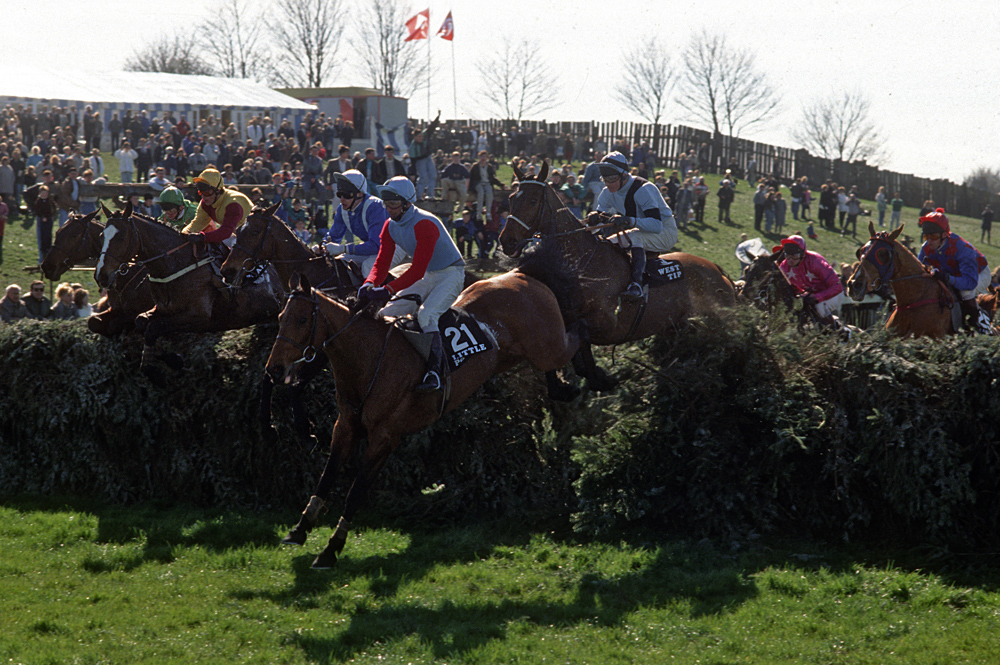 What changes do you think would benefit the sport?

As far as I’m concerned National Hunt racing is very healthy at the moment, the quality and numbers are there. The big trainers are more numerous but, having said that, it’s hard for the smaller yards. In my day as a trainer your financial exposure was so much less. Ultimately, with regard to jumping, that expense is out of kilter with what is offered. I’ve been out of training too long to be opinionated on this, though I’m sure it is something I would have had an opinion on.

Of course, we all know that the failure of prize-money to keep pace with rising costs is a problem that needs to be addressed. Latterly I have been much more involved in the betterment of the racing picture as a whole through my committees. Now I just pay exorbitant training fees which I couldn’t have afforded to charge!

You are an advocate of centralised training. Why?

Because I have always thought the overheads of yards could have been shared, and to a degree that has taken place. I don’t see how the owner participation is going to be affordable in the future under present financing.

Also, I believe that transporting horses round the country should be more of a joint effort between various stables. I was lucky enough to be involved in Weyhill Horse Transport, which was run by Owen McNally and his wife Joyce, and we always tried to encourage different trainers to share the travel to and from the races. There should be more of it to help defray owners’ costs.

Do you believe the horse is given fair consideration while betting and marketing have become so dominant?

In many cases, no, because inexperienced stable staff are having to handle more horses than they can cope with. I accept methods have changed but the requirements of the horse have not. The old masters (and I would consider myself one) would turn in their graves with stable management as it is today.

Have we passed the point of no return as far as putting the industry on a sound financial footing in concerned?

I am not involved any more, but my gut feeling is that I have spent most of my adult life working to serve the betting industry. 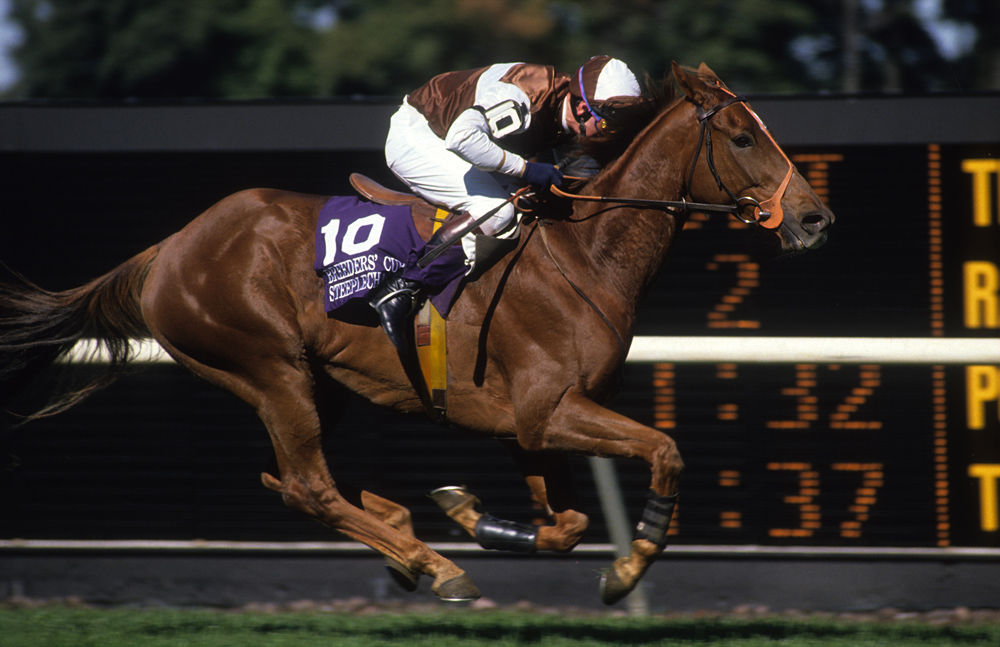 You started training at 20. What do you particularly love about the sport?

I love the racing scene, the challenge of keeping the show on the road and at the same time keeping one step ahead of the taxman and bank manager. Whatever else, it has been fun. Owners now are much more demanding, syndicates have expanded and that is where I was one of the instigators, helping to form the British Thoroughbred Racing and Breeding plc, which brought ownership to well over 1,000 people. Many of those have gone on to be owners in their own right or stayed in syndicates such as Elite and Million in Mind.

With the advent of the internet trainers can communicate with their owners through their websites and blogs, but it does mean there is much less personal contact between trainer and owner. In my day Sunday evening was sacrosanct and I would ring every owner with whom I hadn’t spoken during the week to update them.

Many top jockeys passed through your hands when you were training, notably Adrian Maguire and AP McCoy. Who had the most natural talent?

There was AP and Adrian. But also Richard Linley, Brian Reilly, Richard Guest, Barry Fenton, Barry Keniry, who is still riding, and not forgetting Owen McNally and Bill Palmer. Ironically, one of the most gifted was probably the little known Tony Charlton, who is still knocking around, mostly on the golf course these days. Sadly, he didn’t put his mind to it, failed to fulfil his promise and was a wasted talent.

Have you been surprised by the complete domination of the sport by McCoy?

Not surprised at all. He went from me to Martin Pipe and it was very obvious he was amazingly ambitious and industrious. However, his stable management left much to be desired – he admits himself he could only muck-in, not muck-out!

What did you instil into him and the rest of those young riders in your care?

Good manners, honesty, respect for horses and people, and horsemanship.

The controversial whip rules are still a hot topic. Did they need changing and what is the way forward?

In my opinion they did not need changing and the way forward is to let common sense prevail. We ask ourselves how has the whip controversy got to where it has and what can we do to control it? This controversy was not created from within the sport. Having said that, young jockeys should be taught the correct use of the whip and their employers should ensure they do not transgress.

Two Grand Nationals, two Champion Hurdles, a Gold Cup and two Breeders’ Cup Chases, plus numerous Flat races… what did you enjoy most about your success?

Training success is very egotistical and, of course, I enjoyed it. Morley Street being voted champion chaser in America was a huge delight and I suppose I would consider my ultimate achievement to be winning the Gold Cup with Cool Ground.

Which of your many wins brought you the most pleasure, and why?

There are so many memories. I loved trying to beat horses with a bit of temperament and it was very rewarding if and when you won races with them, because basically you had out-thought them. A good case in point was the handicapper Scaramander, who was a little shit, but I adored him.

There was also Will Rogers, a West Country hurdler, and another hurdler The Wombat, both of whom will always be fondly remembered.

How sad were you to sell Kimpton Stables after such a long association?

It was sad, but life goes on.

Your brother, Ian, was a top trainer on the Flat. Were you competitive when both training and how is your relationship now?

Absolutely not, Ian was Flat and I was jumping. And we have a great relationship.

What did it mean to you to be awarded an OBE?

Obviously, it was an enormous honour and I felt it was as much an award for racing as for me. I owe it to the sport.

Barry Hills said you needed to keep some “skulduggery” in racing. Would you agree?

Absolutely, racing must retain a sense of mischief. I never wanted to be thought of as a rogue – though I loved being called one!

The state of prize-money in Britain is a constant talking point. Was it always this way?

The difference was not that great when I was training, so it wasn’t so meaningful. Now the differential between the big prizes and the small races is enormous.

Do you have a fancy for this year’s Grand National? 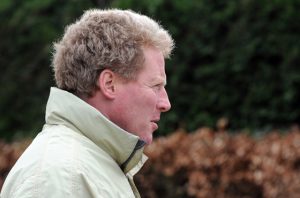 Up Next
Bright and breezy