Walk In The Park returns to the fore

Douvan and Min helped propel their sire Walk In The Park to prominence and the son of Montjeu looks to have another exciting chaser to represent him with Walk In The Mill, whose foot-perfect jumping saw him claim victory in the Grade 3 Becher Chase Handicap at Aintree on Saturday.

The Robert Walford-trained eight-year-old had been lined up for a tilt in this year’s Randox Health Grand National, only to be ruled out on the morning of the race due to injury.

Now a tilt at the 2019 edition of Aintree’s famous showpiece is on the cards for Walk In The Mill, who runs in the colours of Baroness Harding.

Alain Jollivet and Celine Lefevre bred Walk In The Mill out of the unraced Lost World mare Libre Amour while Walk In The Park was standing at stud in France.

There was even more success for Walk In The Park on Sunday when Min returned from a long absence to claim the Grade 1 John Durkan Memorial Chase at Punchestown.

For the last three seasons, Walk In The Park has resided at Coolmore’s Grange Stud at a private fee.

Sons of Montjeu continue to make their mark as National Hunt sires and the weekend saw Scorpion, best known as the sire of Cheltenham Gold Cup hero Might Bite, represented by two black-type winners.

The first of those came at Cork on Sunday when the John Dempsey-trained Derrinross defied a 348-day break to run out an impressive four-length winner of the Grade 3 Kerry Group Stayers Novice Hurdle at Cork.

Morgan, who has only six horses in her string, was celebrating her first winner at the track with the mare’s half-length success over the Dan Skelton-trained Emmas Joy.

Sourced for €3,200 by Niall Redmond at the Tattersalls Ireland August National Hunt Sale in 2016, Timetochill is a half-sister to the Rebecca Curtis-trained Geordie Des Champs.

French breeder Jacky Rauch has an affinity with the Grade 1 Henry VIII Novices’ Chase at Sandown, having co-bred 2011 victor Al Ferof. On Saturday, seven years after that win, he was responsible for co-breeding the Paul Nicholls-trained winner Dynamite Dollars.

The five-year-old began his career with his other co-breeder, Emmanuel Clayeux, but did not run in France, instead joining Nicholls’ stable in 2016 as a three-year-old.

He is out of the Cardoun mare Macadoun, who has also produced the placed pair Tete A Queue and Sacadoun.

Also at Sandown on Saturday, the Nicky Henderson-trained Altior secured his 15th victory on the bounce when an impressive four-length winner of the Grade 1 Tingle Creek Chase. The son of High Chaparral now has seven top-level victories to his name.

Having so often been the bridesmaid in a number of Graded events, the Kim Bailey-trained Charbel had his day in the sun when an authoritative winner of the Grade 2 Tattersalls Ireland Edredon Bleu Chase at Huntingdon on Sunday. 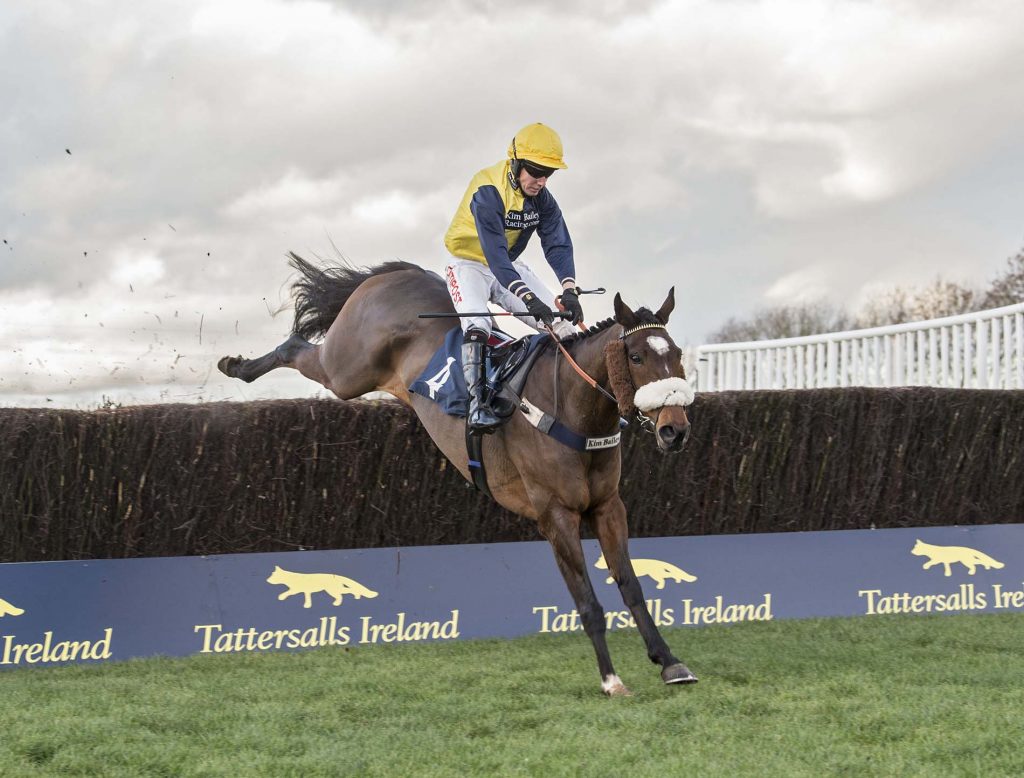 Peter and Sandra McCarthy bred the seven-year-old out of the winning Sadler’s Wells mare Eoz. He raced for the McCarthys and trainer Thomas Mullins, scoring two easy wins in bumpers, before being bought for €280,000 at the Goffs Punchestown National Hunt Sale in 2015.

Charbel is the leading performer in the National Hunt sphere for Iffraaj, whose top-class runners on the Flat include Ribchester and Wootton Bassett. 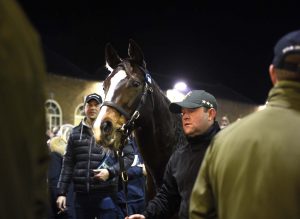 Up Next
Pearling lights up Tattersalls