Gelding will remain with De Bromhead with an eye on the Aintree showpiece after selling for £110,000

Randox Grand National entry Balko Des Flos was the headline act of the inaugural Goffs Online March Sale on Wednesday, selling for £110,000 to Peter Molony on behalf of Racehorseclub.com.

Trained by Henry De Bromhead, ten-year-old Balko Des Flos was offered by Gigginstown House Stud as the winner of six races, most notably the Ryanair Chase at the 2018 Cheltenham Festival. He is currently around a 40/1 shot for the Randox Grand National, having last been seen unseating midway through the Glenfarclas Chase at last week’s Cheltenham Festival.

“Balkos Des Flos will stay with Henry De Bromhead and is being aimed at the National,” said Molony. “He has been bought for an exciting new venture about which there will be further news announced in the coming weeks.

On the sale format, Molony added: “I found the Goffs Online site and timed auction format extremely user-friendly – I bid on my phone while halfway up a mountain in the middle of Land Rover Sale inspections!”

Shane Donohoe went to £66,000 for the promising youngster Shallow River, a five-year-old son of Ocovango who was third in a Thurles bumper on debut two weeks ago for Margaret Mullins.

Also popular was De Lady In Red, who fell to Gerry Hogan at £64,000. The five-year-old daughter of Jet Away was second in a maiden hurdle at Navan only on Monday for Daryl Deacon.

“This was Goffs’ second timed online auction, following the Doncaster January Sale which was moved online, and to see both sales topped by six figure sales – £110,000 and £300,000 respectively – is a great endorsement of the role Goffs Online now plays in our overall offering.

“This method is never the first choice, but time after time since the Covid 19 pandemic began a year ago, Goffs Online has proven to be an invaluable vehicle for our clients with over €8.6 million of business successfully conducted so far.

“Following the January Sale we reviewed the timed format with vendors and purchasers, and launched a number of improvements to the site prior to today’s sale. Since the catalogue was released, over 4,000 unique viewers visited the online catalogue, and we accepted 197 bids from buyers in Ireland, the UK and France whilst feedback from clients was overwhelmingly positive in relation to usability and the opportunity to trade that the sale provided.

“While we acknowledge that trade was not strong at all levels, it was pleasing to see the better horses achieve very satisfactory prices and the teams at Goffs and Goffs UK, who collaborated on today’s Group sale, are grateful to all vendors and wish all purchasers the very best of luck.” 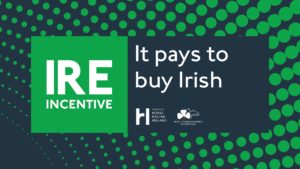