Name’s a winner on both sides of the world

A result on Australia’s Racenet website may have a few people scratching their heads after the four-year-old Dubawi Gold (AUS) won the 1200m restricted handicap at Ballarat on Sunday.

The British-bred Dubawi Gold is heading to Dubai

The gelding, from Dubawi’s first southern hemisphere crop, shares his name with the British-bred winner of the Celebration Mile and runner-up to Frankel in last season’s 2,000 Guineas, who is also by Dubawi. Despite the different country suffixes, the Racenet database has obviously confused the two, listing the last start of Sunday’s winner as being fourth in the Group 1 Hong Kong Mile: not bad for a horse with a rating around the 70-mark.

The John Sadler-trained Dubawi Gold is out of Export Gold, whose colt by Charnwood Forest, named Forest Gold, is a Group 3 winner in Singapore.

His Richard Hannon-trained namesake, who was voted ROA All-weather Horse of the Year following back-to-back Listed victories at Lingfield last season, remains in training as a four-year-old and may well be aimed at the Dubai World Cup on March 31.

Speaking on his website, Hannon said: “Dubawi Gold is so tough and very laidback, and he never turned a hair when he got back from Hong Kong. He has to stay 30 days before he can head off on his travels again, but we could send him to Dubai at the end of January or early February.

“That would give him ample time to get used to the surface at Meydan, and the plan would be to run him on Super Saturday (March 10), which would help make our minds up as to whether to aim for the stars and go for the big one, stick to what he knows best and keep to the grass for the nine-furlong Dubai Duty Free or go for the Godolphin Mile, which is also on the dirt.” 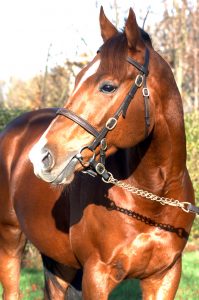 Up Next
TBA Stallion Parade at February Sale