Edinburgh’s premier racetrack, Musselburgh, is at risk of not being able to stage it’s future meetings after it’s licence, which expires today, has not been renewed by the BHA.

The racecourse is jointly run by three members of the Lothian Racing Syndicate along with four council members who comprise the Musselburgh Joint Racing Committee.

It was revealed in April that clashes between members had meant that the BHA only offered a temporary licence of six months spanning to today.

When John Caldwell lost his seat to Willie Innes as chairman of the MJRC, hopes were high that the racecourse would be firmly on the path to a bright future.

Innes failed to support the sanctioning of an independent review into the governance of the local-authority owned venue. As such, until the BHA is satisfied that Musselburgh is being properly run, the granting of a licence remains in doubt.

“We remain in ongoing discussions with the Musselburgh Joint Racing Committee regarding the racecourse’s licence,” said Robin Mounsey, BHA spokesman.

“The process must be confidential but we are hopeful of achieving a satisfactory and timely resolution.”

The next scheduled meeting at the racecourse is on July 14 and it could go ahead so long as a new licence is in place before then.

John Prideaux, representing the LRS, said: “Any uncertainty over the licence is detrimental to the racecourse.” 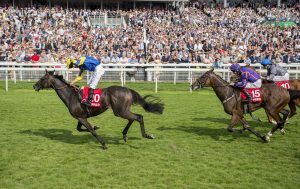