The gelding was a 13-time Grade 1 winner

Dual Champion Chase hero and the winner of no fewer than 13 Grade 1 contests, Moscow Flyer, has passed away at the age of 22 after suffering from colic.

Described as a ‘horse of a lifetime’ by his trainer Jessica Harrington, the son of Moscow Society first captured the public’s imagination in the early stages of his career as a hurdler.

After taking the Grade 1 Royal Bond Novice Hurdle as a five-year-old during the end of his first year under rules, he went on to take a further two Grade 1s.

Once switched to fences as a seven-year-old, his path to becoming one of the all time greats was set. This was despite not completing on his debut over the larger obstacles after falling in a novice chase at Fairyhouse in October 2001.

As a novice he landed the Grade 1 Denny Gold Medal Novice Chase before storming clear to a four-length victory in the Arkle at the Cheltenham Festival.

A year later in 2003, he took his first Queen Mother Champion Chase beating a field which included Florida Pearl and previous winner Flagship Uberalles. His bid to retain his crown 12 months on failed as he unseated regular rider Barry Geraghty four fences from home, the John Hales-owned Azertyuiop taking advantage of the spill.

However as an 11-year-old the Flyer regained his Champion Chase crown in breathtaking fashion, beating the Martin Pipe-trained Well Chief by two-lengths with Azertyuiop back in third.

The trio served up one of the most memorable races in modern memory when doing battle in the 2004 Tingle Creek Chase at Sandown Park. Hotly pursued by his adversaries, Moscow Flyer kept on gamely to seal his 11th success at the highest level, which some consider as his career topper including his County Kildare handler.

“He’d been in great form at the National Stud. He wasn’t doing the shows any more, he gave that up three or four years ago. People forget how good a hurdler he was. He was very smart but completely different over fences,” reflected Harrington.

I’ll never have another like him, I know that

She continued: “Without a shadow of doubt, I think the day he was at his best was Sandown in the Tingle Creek. That day it all went like clockwork against two other brilliant horses.

“After that, I’d say regaining his Champion Chase [2005] was his best day. He was the horse of a lifetime. I’ll never have another like him, I know that.”

In the driving seat on 38 of his 44 starts under rules, Geraghty was to see his riding career blossom partly due to his success aboard the superstar chaser, as well as getting a fair cut of the £1,167,892 in prize money he earned throughout his reign.

Geraghty said: “It’s desperately sad news. I had a tear in my eye when I heard it this morning. Luckily enough, I went to see him with the kids when I was off injured and he was in great form.” 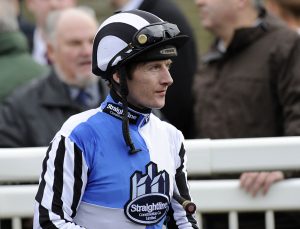 Up Next
Riding ends cycling begins