A million dollar son of top sire I Am Invincible led the way during Saturday’s session of the Magic Millions Gold Coast Yearling Sale in Australia to bring the curtain down on a record-breaking renewal of the auction.

Despite the dark clouds of Covid, trade was competitive from start to finish, with 777 yearlings selling for a record-breaking total of A$197,240,000. Only 107 lots were passed in, leading to an exceptional clearance rate of 88%.

Headed by a A$1.9 million son of Snitzel who sold to Coolmore’s Tom Magnier during the opening session, the sale featured 12 million dollar lots compared to ten in 2020.

Magnier also signed at A$1.8 million for colt by Juddmonte’s Kingman and ultimately wound up as the purchase of five lots worth a total of A$4,905,000.

However, the leading buyer was the powerful partnership of Tony Fung Investments and Phoenix Thoroughbreds, which accounted for 19 lots worth A$11,645,000.

Seven of those were sons of Arrowfield Stud’s pensioned sire Not A Single Doubt, the sire of their top two-year-old Farnan, and included colts that sold for A$1.8 million, A$1.1 million and A$1 million.

“It’s overwhelming,” Magic Millions Managing Director Barry Bowditch said. “It’s special what we’ve achieved. To work as we’ve done in the last six months to put this catalogue together, and then to have the restrictions and the roadblocks put in place over the last month, has put this team under immense pressure. To pull this off to the level we have is something we didn’t expect. It is very special.

“I’m proud of our vendors. They have sent their very best yearlings that are ready for this sale. The buyers have seen how we’ve picked it. We’ve had quality horses from Lot 1 to Lot 962.

“Buyers have got a lot to race for, prizemoney is great, the race series is a fantastic fillip. They really got behind these horses and it really boosted the prices. It’s a huge list of buyers, when you look at the syndicators, you’ve got the individual owners, you’ve got a big, big group of trainers and you’ve got the funds and farms getting in behind these horses. It’s a big deep list and everyone has played their part. I’m speechless.”

Saturday’s session-topping son of I Am Invincible was snapped up for a round million by up-and-coming trainer Annabel Neasham with racing manager Brian McGuire.

Sold by Kia Ora Stud, he is a half-sister to a minor winner and out of the Group 2-winning Villa Verde, a daughter of Not A Single Doubt from the further family of Rory’s Jester.

“I loved him,” Neasham said. “I saw him twice on the farm at Kia Ora and I loved him the first time and when I went back for my second looks, I loved him even more.

“It has been a long week waiting for him to come through on the final night, so I am delighted to get him, especially being from a great farm in Kia Ora.

“It is great to get a really exciting colt and hopefully we can come back here next year [for the raceday] with him. His action is great, he’s got a deep girth and he has got a great attitude.” 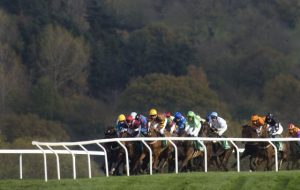