Winning jockey Ryan Moore, who also landed the Cox Plate on Adelaide for the Ballydoyle team just ten days earlier, was riding his 19th Group 1 winner of the last 12 months, those victories being spread across eight different countries and four continents.

Ed Dunlop’s veteran campaigner Red Cadeaux, running in the race for the fourth consecutive year, increased his prize-money earnings to £4,560,492, with £1,649,029 of that total being garnered from his three runner-up finishes in the ‘race that stops a nation’.

Australia’s iconic staying contest – worth a total of A$6.2 million – was marred, however, when the favourite Admire Rakti, winner of the Caulfield Cup on October 18, collapsed and died after the race having finished tailed off. In a further tragic incident, seventh-place finisher Araldo was spooked by a spectator waving a flag on his return to the paddock and attempted to jump a face, fracturing his pastern in the process. The Mike Moroney-trained entire was later euthanised at Werribee Veterinary Clinic.

Protectionist’s victory meant back-to-back wins in the race for his sire Monsun, who was responsible last year for Fiorente, and the four-year-old will now remain in Australia to continue his training under the care of Kris Lees in New South Wales. 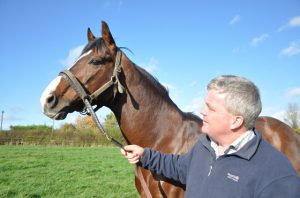 Up Next
Elm Park delights at Doncaster