Goffs Group Chief Executive Henry Beeby paid tribute to the support of Irish vendors upon the conclusion of a robust renewal of the Goffs November Foal Sale on Thursday.

While the average fell by four per cent, the median increased by 10% to €22,000. Particularly encouraging was the clearance rate of 82%. 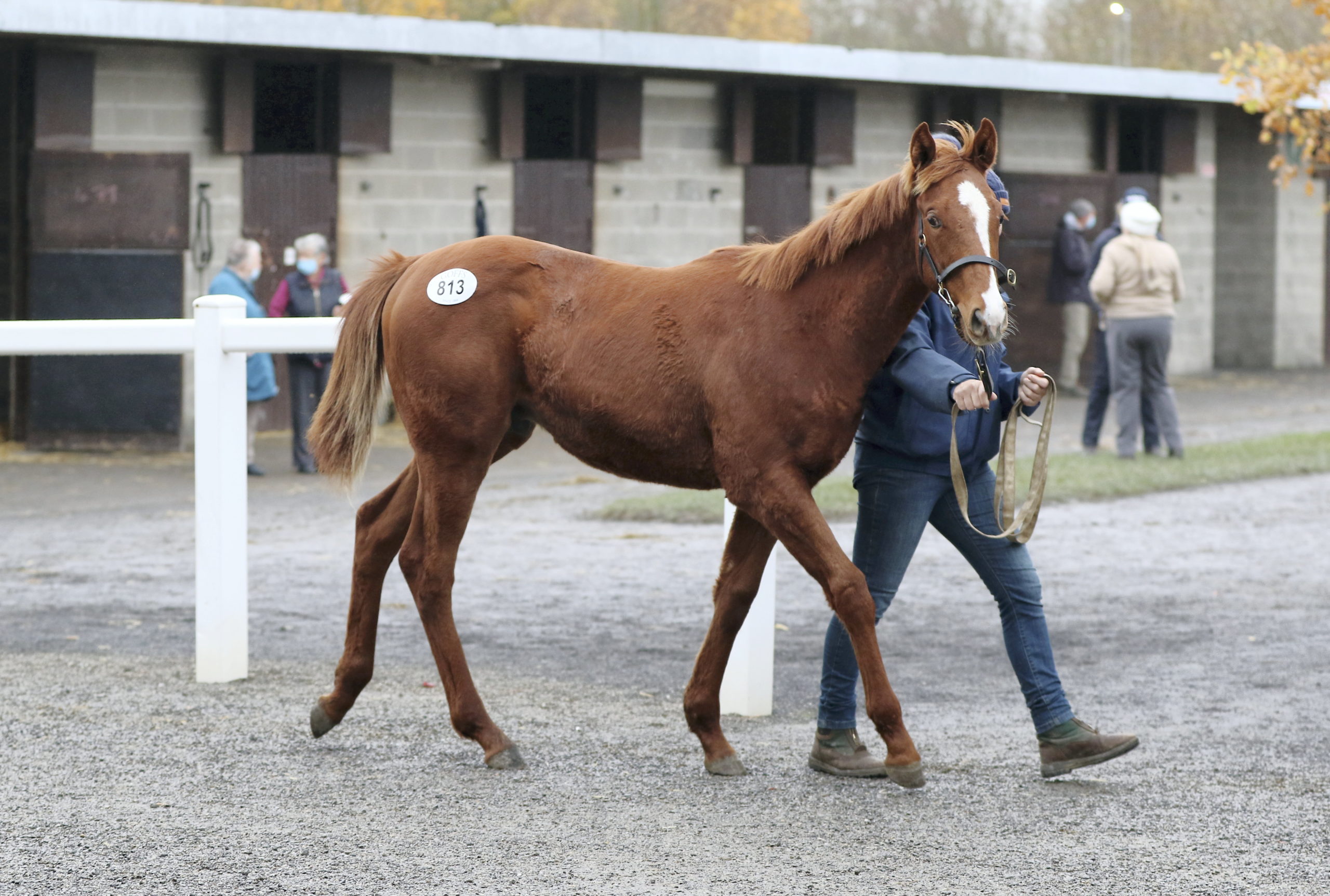 “What an amazing business,” said Beeby. “As we progress through this depressing pandemic it is so uplifting to be involved in an industry that is always looking forward with positivity. And there is no better example of planning for the future than buying foals so, once again, we salute all the mighty foal pinhookers who have driven a trade of strength, depth and vibrancy over the last four days as they look for the next touch.

“The strong home team have been joined by a multitude of English and overseas speculators along with several end users, and the result has been intense competition and often frenzied bidding especially for those that stood out.

“Of course they have flocked to Goffs as our vendors have provided us with the cream of the Irish foal crop and we thank every one of them for their ongoing support of the Irish National Foal Sale. As ever our mantra is proven – “we can’t do it without you” – and it is only with such a strong catalogue that we can deliver the kind of sustained demand that has clearly been in evidence from Lot 1 right through to the close of business today.

“The top of the market proved robust with the new star Frankel leading the way for the second year in succession but bidding has been as keen on each day and at all levels to vindicate so many Irish breeders choice of Goffs for their best. Indeed, a clearance rate of 82%, up from 76% despite a far bigger catalogue, makes the point and we are so pleased to have received so much positive feedback from so many about so much.”

As on the first day, the ever-popular Mehmas dominated trade, notably as the sire of a €70,000 colt who sold to the stallion’s base of Tally-Ho Stud. In all, four sold by the stallion on Thursday for an average of €46,250 – 200% above the day’s overall figure. While Mehmas is due to stand for €50,000 in 2022, it is worth remembering that his current crop of foals were bred when the son of Acclamation stood for €7,500. 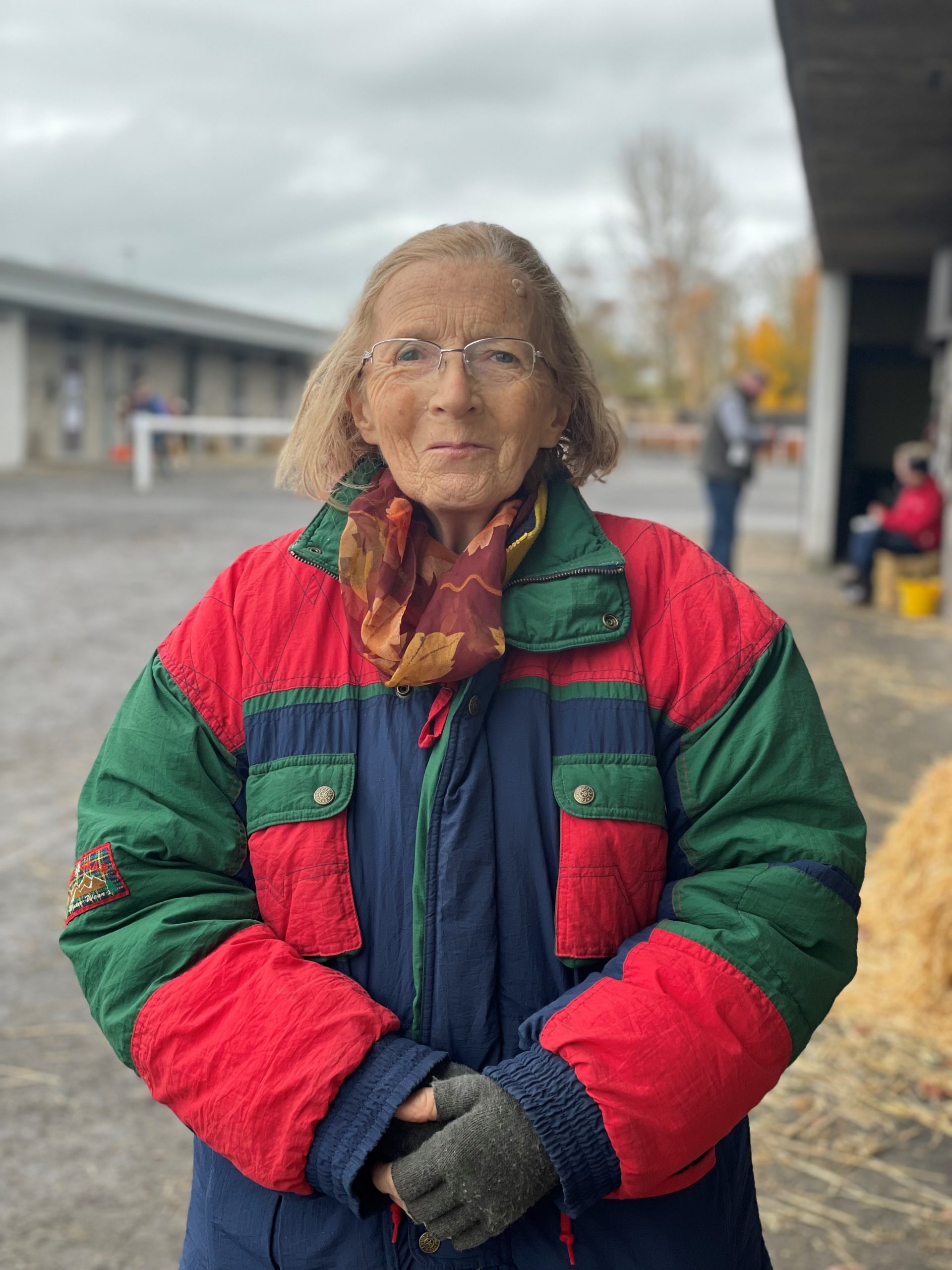 The session-topper provided a popular result for Terre McNamara of Golden Vale Stud, who sold the youngster as part of a draft from Meadagh Stud.

A half-brother to five winners, he is out of the placed Ishimagic, an Ishiguru half-sister to American Grade 2 winner Foxysox.

“I’m delighted with the price and even more delighted that he’s gone to such an excellent home as Tally-Ho,” said McNamara. “They have been great friends to myself for a long, long time, as they were also to my late husband John.”

She added: “I’ve always liked Mehmas, and we used him prior to this. John bought the mare out of training. She’s a lovely big, chestnut mare with a wonderful temperament, and of course she keeps producing the winners.

“I remember she was ready for covering and so I rang Tony and asked if Mehmas was available, and he was. And here were are with this foal.

“From the day he was born, he’s been a grand foal. He’s always had a wonderful temperament. We got in first thing yesterday morning, and he was never in his box. Of course, Mehmas is so popular but this colt also looked the part as well.”

Tally-Ho’s haul also included the most expensive filly of the day in a second-crop daughter of the stud’s resident stallion Kessaar. Sold by Railstown Stud on behalf of Archway Stud, the filly is the first foal out of Trump Alexander, an Iffraaj half-sister to this season’s Group 2 Kilboy Estate Stakes heroine Insinuendo.

Overall, it was a busy week for Tally-Ho Stud, with the O’Callaghan family investing a total of €1,388,500 on 21 foals to end the sale as leading buyer. 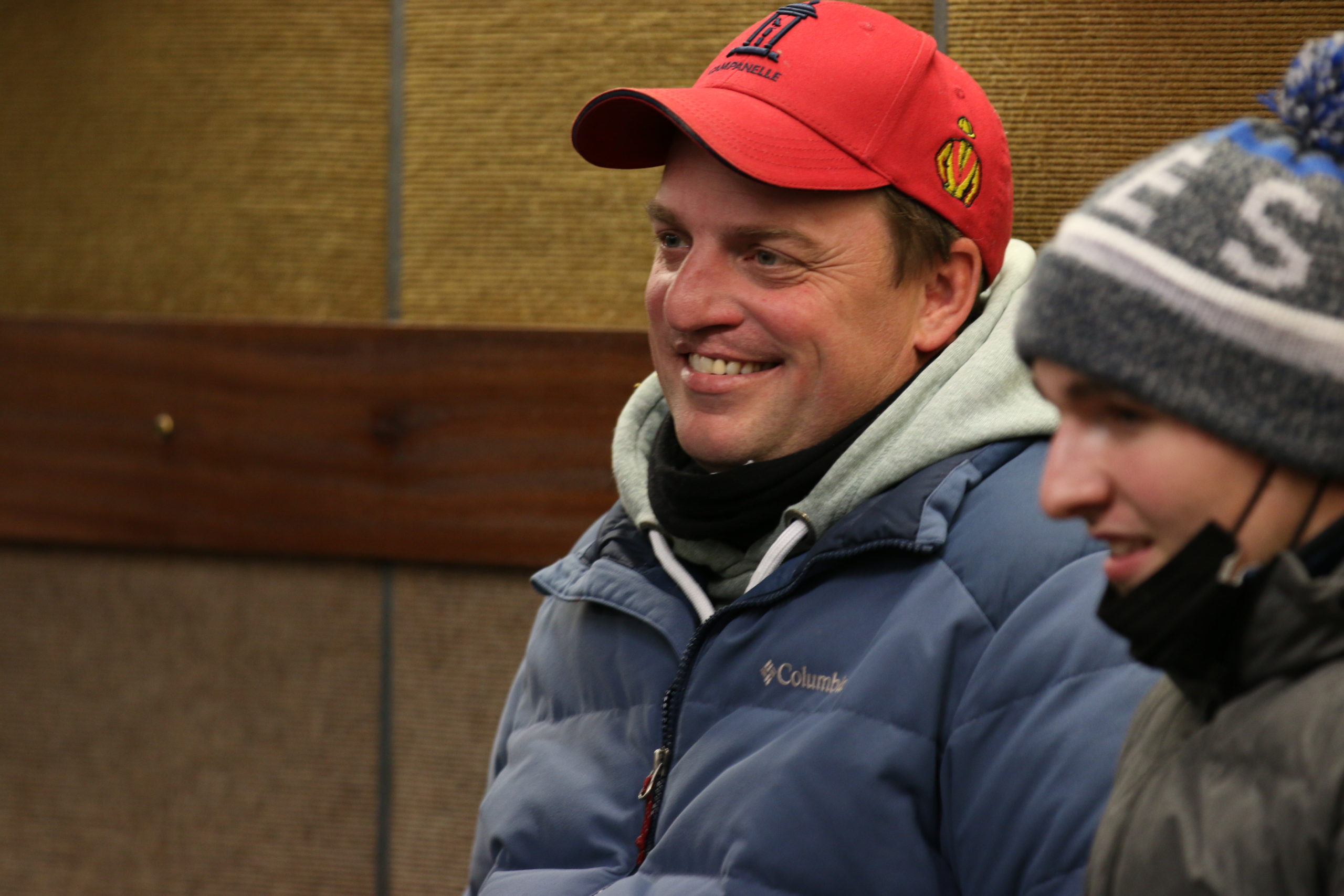 As for Mehmas, he was later to the fore as the sire of a colt out of the winning Zambezi Queen, who made €56,000 out of the Vinesgrove Stud to pinhooker Paula Flannery.

The transaction marked the second time this week that Mehmas had provided the McEnery family’s Vinesgrove Stud with a good turn following the sale of the €140,000 session-topper on Monday.

Pinhookers John Cullinan and Roger Marley, signing as JR Bloodstock, have also rarely been far from the action throughout the week, and that continued on Thursday when the pair went to €68,000 for a Churchill colt from Ringfort Stud.

From the family of champions Sholokhov and Soldier Of Fortune, the colt is the third foal out of dual winner Mistime, an Acclamation half-sister to the Group 3-placed What Style

“He’s a good, square colt,” said Cullinan. “Looking at the Churchills, they have the size and scope to progress well from two to three years.

“The Kodiac yearling out of the mare made €52,000 here to Federico Barberini. That’s in good hands and working away in the pedigree for you.

“We paid a little bit more than we wanted but that’s been the case all week, especially for the colts.”

The Goffs November Sale continues tomorrow with the first of two sessions devoted to breeding stock.

“We now turn our attention to our two day Breeding Stock catalogue which reads better than for many a year following yet more wonderful support from breeders,” concluded Beeby. 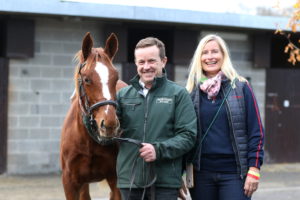 Up Next
Juddmonte land €550,000 Frankel filly at Goffs