Mehmas’ superiority as leading freshman sire was underlined further on Monday when the Richard Hannon-trained Good Listener prevailed at Windsor to become the stallion’s 39th individual winner, breaking the European first-crop record set by Iffraaj in 2010.

Fitri Hay’s colt, who had finished an encouraging third on debut on soft ground behind Showalong at York earlier this month, moved up ominously in the closing stages under jockey Sean Levey before pulling clear to record a length and a quarter success.

It is fitting that Hannon provided the son of Acclamation with the notable feat given that he trained Mehmas to win the Group 2 July Stakes and Group 2 Richmond Stakes as well as finishing second behind Churchill in the National Stakes.

Not short of ammunition having covered a book of 187 mares at a fee of €12,500 when retired to Tally-Ho Stud in 2017, Mehmas’ progeny hit their stride early in June when racing resumed and he supplied a coveted first Group 1 winner when Supremacy landed the Middle Park Stakes last month.

Further indication of the high regard Mehmas is held in by the bloodstock market was evident at the Goffs Orby Yearling Sale held in Doncaster recently, when Hugo Merry went to £330,000 to secure a half-sister to German Group 3 winner K Club. 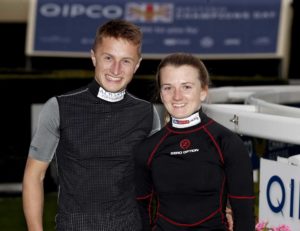 Up Next
Tom and Hollie rule the roost