A son of Iffraaj led the way, selling for 57,000gns to Peter and Ross Doyle

The Tattersalls December Foal Sale commenced in bright fashion in Newmarket on Wednesday with a depth of trade that comfortably surpassed that seen on the corresponding day in 2019.

Pinhookers Ger and Brendan Morrin of Pier House Stud, bidding through Peter and Ross Doyle, came out on top for the session-topping 57,000gns colt, who was sold by James Read’s Selwood Bloodstock on behalf of James and Anita Wigan.

A half-brother to minor winner Smart Champion, he is the fourth foal out of the dual winner Soryah, a Shamardal relation to Hardwicke Stakes winner Predappio.

“He is a good-looking horse out of a Shamardal mare and by a top stallion,” said Ross Doyle. “He is for Pier House Stud and the plan will be to come back to the October Sale next year.” 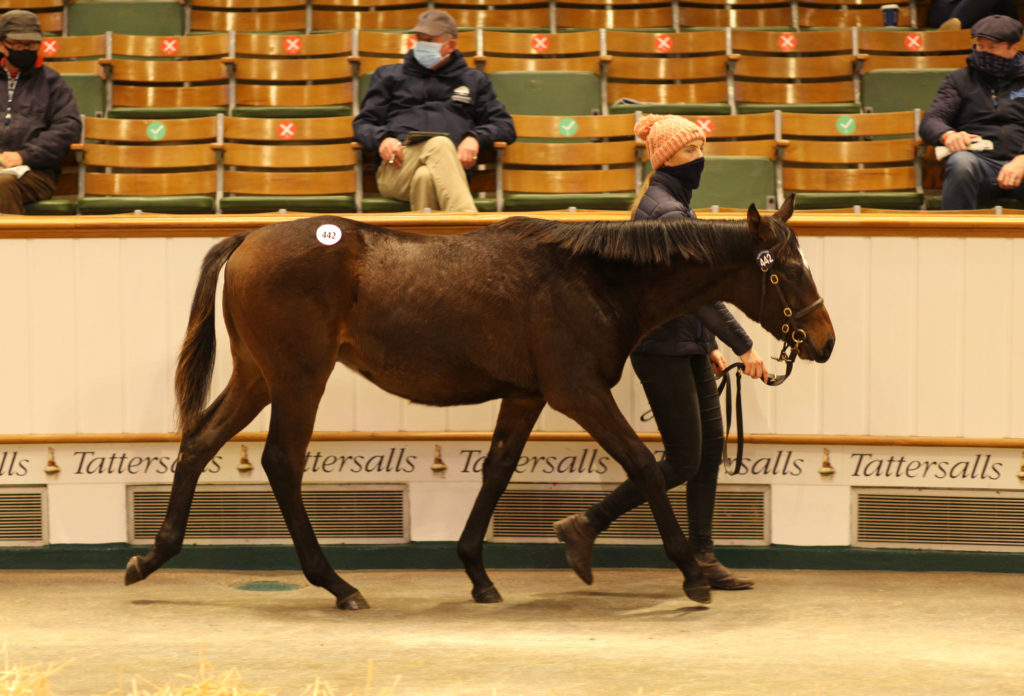 A classy opening day draft for the Somerset-based Selwood Bloodstock also featured the sale of a powerful Oasis Dream colt for 50,000gns to Flash Conroy of Glenvale Stud. Another bought to resell, the colt is out of the winning Triple Star, a Royal Applause relation to Canford Cliffs.

Few subjects attract more chat at this time of year than the next generation of first-crop sires to come under scrutiny and one horse for whom Wednesday’s trade proved particularly encouraging was The National Stud’s Rajasinghe, who supplied two of the day’s top eight lots. 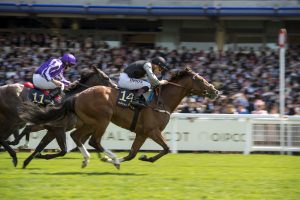 They were led by a colt bred by Richard Tucker out of the winning Verglas mare Louya, who made 46,000gns to pinhooker Jimmy Murphy of Redpender Stud.

Also purchased for resale was a colt out of Lucia De Medici, by Medicean, who was snapped up by agent Larry Stratton out of the Whitwell Bloodstock draft for 37,000gns.

“Rajasinghe is a horse I have always followed since he won the Coventry Stakes – I bred in partnership the second-placed Headway, who finished second by a head,” said Stratton.

“Rajasinghe’s sire Choisir is a good influence. This is a nice colt and has been bought for a partnership and is for resale.”

Rajasinghe ended the day with an average of 30,667gns for three sold, making him the most successful first-crop sire of the day ahead of Juddmonte Farm’s Expert Eye, for whom the sale of a colt out of White Cay for 41,000gns to JC Bloodstock contributed to an average of 27,000gns.

Joe Callan, the nominations and marketing manager for The National Stud, was understandably delighted with the market’s reaction to Rajasinghe. He said: “We’re very excited with Rajasinghe’s first foals. They all have great substance, great movers and obviously he was a very fast horse so we’re looking forward to the future with him.”

The Tattersalls December Foal Sale continues on Thursday from 10am. 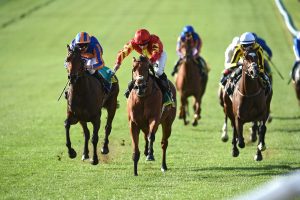 Up Next
Tisa River set to star at Tattersalls