The stallion business is a vastly different animal to that of 20 years ago, when an array of smaller stallion farms populated the landscape.

That’s why it is so refreshing to see Rob and Catherine Dallas’ Meadow Farm Stud in Wiltshire open its doors to the stallion scene, and with a horse who should prove to be particularly commercially appealing in A’Ali.

Priced at £7,500, A’Ali offers much of what today’s commercial market craves as a Royal Ascot-winning two-year-old who trained on into a high-class sprinter at three. A five-time winner overall for Simon and Ed Crisford, he also provides a route into the Danehill line via the short-lived Society Rock.

“We were absolutely delighted to get him,” says Rob Dallas. “He was fast, he was precocious and his race record speaks for itself.

“Then when we went to see him, you could see that he had the most wonderful temperament. He had a fantastic constitution and that allied to his good looks – he’s very correct and strong with lots of depth and good quarters – should make him a real commercial horse.”

A’Ali was bred by Tally-Ho Stud and belongs to the small final crop of Society Rock, who died aged only nine in 2016. A top sprinter himself, he also left behind the likes of Unfortunately and The Mackem Bullet in only three crops to add weight to the suggestion that he would have been a sire of real note for Tally-Ho Stud had he not died young.

As a breezer, A’Ali passed through the hands of Star Bloodstock, who sold him for £135,000 at the 2019 Goffs UK Breeze-Up Sale to Stroud Coleman on behalf of Sheikh Duaij Al Khalifa.

His sale placed him within the top echelon of Doncaster breezers that year and as such, the Star team are already looking ahead to supporting their celebrity graduate in the sale ring.

“He was a nice horse from the first time we saw him at Doncaster as a yearling,” said Star’s Matt Eves. “He has terrific balance and strength, and a great way of going.

“Most importantly, he was the most unbelievably even tempered horse. Nothing worried him and all he wanted to do with us was eat, sleep and train. As good an athlete as he was, if he leaves that temperament in his offspring, they’ll be a delight to have anything to do with. I’m looking forward to buying his foals and yearlings to breeze.”

A’Ali made his debut just several weeks after his sale at Ripon, where he was a close second over 5f, running strong speed figures in the process. From there, connections took the bold decision to run him into the Group 2 Norfolk Stakes at Royal Ascot, for which they were rewarded as he went on to win from Ventura Rebel with the pair well clear of the third. Further Group 2 success followed in the Prix Robert Papin at Chantilly and Flying Childers Stakes at Doncaster.

A true 5f merchant, he further enhanced his record as a three-year-old with victories in the Group 2 Sapphire Stakes at the Curragh and Group 3 Coral Charge at Sandown.

“I think those speed figures that he recorded on his first start prompted them to run him in the Norfolk, which he obviously won on his second start,” says Dallas. “He’s also the only horse in the last 20 years to win the Norfolk and Flying Childers Stakes.

“He was a four-time Group 2 winner in three different countries, and then trained on into Group 2 winner at three as well. He had a great constitution for racing.”

He adds: “I think he’ll suit a lot of mares. People I speak to were very enthusiastic on Society Rock as a stallion. He did very well with the few crops that he had and I’d say his temperament was passed on to A’Ali.”

Meadow Farm Stud is a new venture for Rob and Catherine Dallas. Based near Ramsbury, it was until recently under the ownership of Sir Martyn Arbib, best known perhaps as the owner of St Leger winner Snurge, and run as a cattle farm.

“Sir Martyn Arbib had the most fantastic herd of cattle there,” says Dallas. “We bought it last year and we’ve put a lot of work into developing it over the past few months.

“For us, it was always a dream to stand a stallion but we were very conscious that it had to be the right horse – A’Ali, who was so fast and precocious, came along and the opportunity was too good to miss.”

A’Ali will be available to view this week at the National Stud in Newmarket. 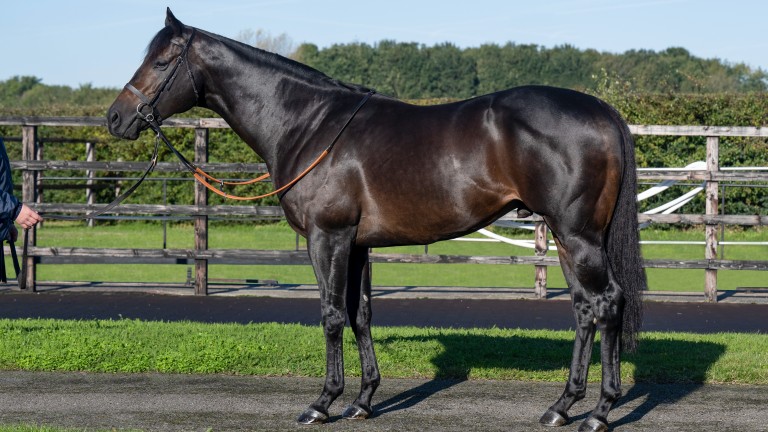 A’Ali: the only horse in 20 years to win the Norfolk and Flying Childers Stakes. Photo – Meadow Farm Stud 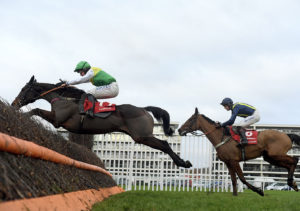 Up Next
Emotional Ladbrokes Trophy victory for Cloudy Glen