A first-crop Group 1 winner is the pinnacle for any young stallion and such a feat was duly recorded by Mastercraftsman, the sire of Racing Post Trophy hero Kingston Hill among his 29 individual winners in 2013, to give him champion freshman honours.

The Coolmore representative was of course an exceptionally smart juvenile himself, winning two Group 1 contests at two before going on to win the Irish 2,000 Guineas. In total, he sired four stakes winners from his debut crop, including the Group 3-winning duo of Amazing Maria and Craftsman. Their exploits helped to put him way out in front on prize-money too, with £719,100 in earnings compared to £484,901 for his nearest rival, Intense Focus.

Fellow Irish-based Intense Focus, a son of Giant’s Causeway, was also responsible for a Group 1 winner, however, with his son Astaire taking the Middle Park Stakes at Newmarket for Kevin Ryan. Astaire brought extra cheer for Ballylinch Stud, where Intense Focus stands, as he was bred by the stud’s manager John O’Connor. Intense Focus garnered 19 individual winners for the year, among them the Group 3-placed Heart Focus and Home School.

Ballyhane Stud’s Dandy Man cut out much of the early running to lead the freshman sire table for much of the season and he had the highest strike rate among the leading contenders. The son of Mozart had winners aplenty – 20 in total from 50 starters – with his top earner being Weatherbys Super Sprint winner Peniaphobia, who won three of his four starts.

The leading first-season sire in France was Haras de la Cauvinière’s Le Havre, who finished fourth in the overall table for Europe. The Prix du Jockey-Club winner, who became the first stallion to stand at the Vidal family and Gerard Augustin-Normand’s farm in Normandy, sired 14 winners including Listed victrix La Hoguette.

Bushranger was the fourth of the leading quintet of freshmen to hail from Ireland and the Tally-Ho Stud resident achieved 18 winners and three stakes-placed horses.

Red Rocks, a dual Grade 1-winning son of Galileo who now stands at Centro Equino Arcadio in Italy, made a terrific start with his first runners. From 41 starters, he had 13 winners, including the Listed winner and Group 1 Gran Criterium runner-up Grey Greezly.

Juddmonte’s Champs Elysees led the British-based first-season sires by prize-money, his 13 winners (from just 37 runners) including Listed winner Avenue Gabriel. Mickley Stud’s Captain Gerrard had the better of him by individual winners, with 16 in total.

One stallion who will continue to receive plenty of attention as some of his first-crop members face Classic campaigns is Sea The Stars. The six-time Group 1-winning half-brother to the all-conquering Galileo has made a decent beginning to his new career. Eleven of his 46 runners saluted the judge, including the John Oxx-trained, Tsui family-owned Listed heroine My Titania, and plenty of later-season winners looked like interesting three-year-old prospects. 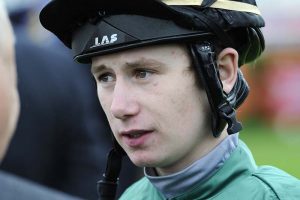 Up Next
First Aussie stakes winner for Murphy